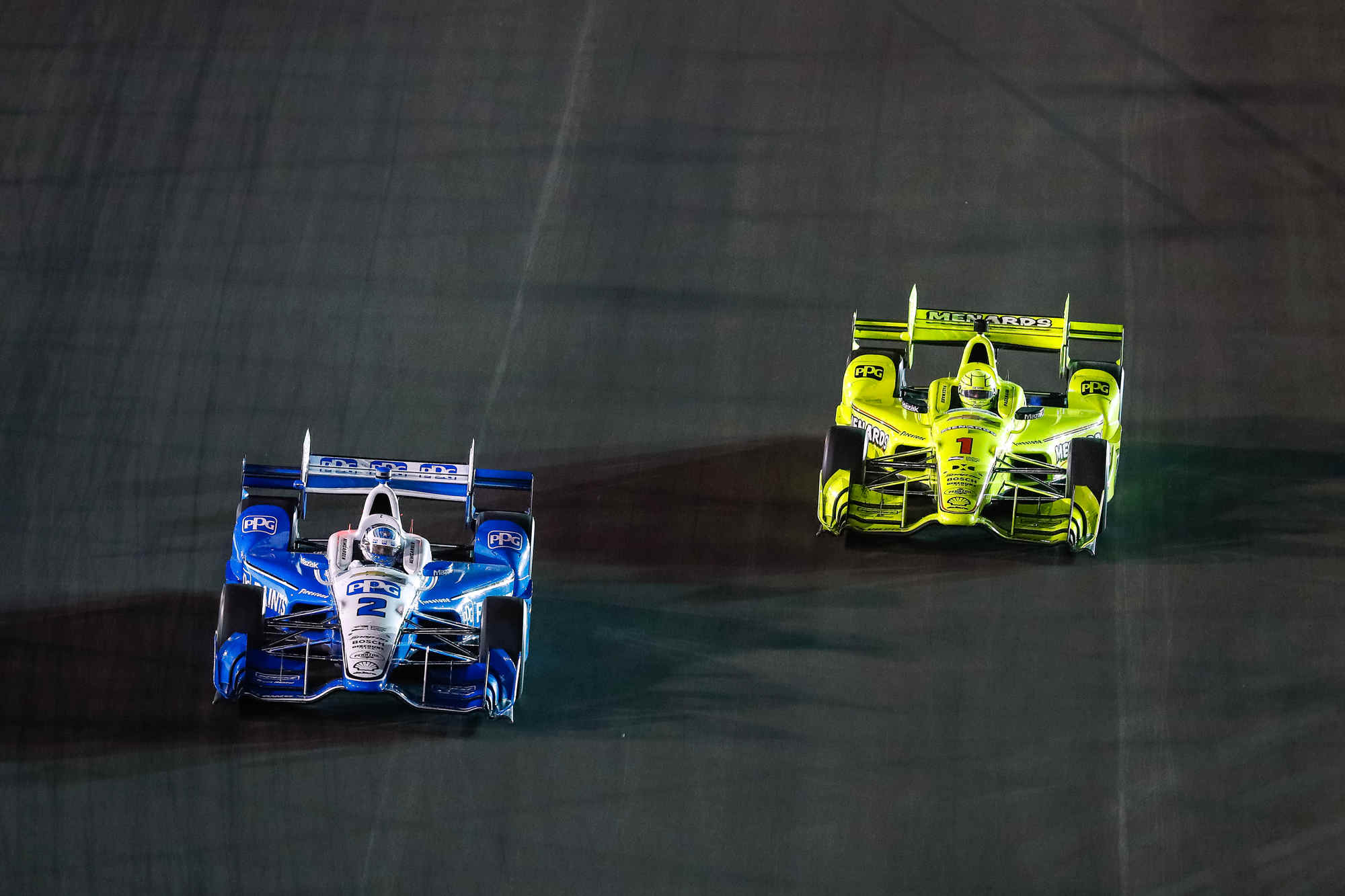 Menards plans to continue sponsoring a Team Penske IndyCar in 2018 and beyond, meaning the vibrant, striking, fluorescent highlighter yellow livery will continue as part of the grid.

Team Penske confirmed this Wednesday as part of its greater NASCAR sponsorship announcement for 14 races with Ryan Blaney in the Monster Energy NASCAR Cup Series, in addition to 22 races it will sponsor Paul Menard with the Wood Brothers.

Pagenaud also won this year with Menards at Phoenix, for his first oval victory. Menards stepped up to a 10-race primary sponsor number, announced last year at Sonoma.

A Team Penske spokesperson told NBC Sports the plan for the moment is that the Menards support will continue with Pagenaud’s car into 2018.

“Having a company like Menards, and a businessman like John Menard, be a part of the growth with the No. 12 team is terrific for our organization," said Roger Penske.

“Menards has a winning tradition in motorsports and Team Penske looks forward to adding to that legacy. We have enjoyed a productive relationship with Menards through our INDYCAR program, and they were a key part of our championship effort last season. We are excited about the opportunity to grow with them in NASCAR beginning next season."