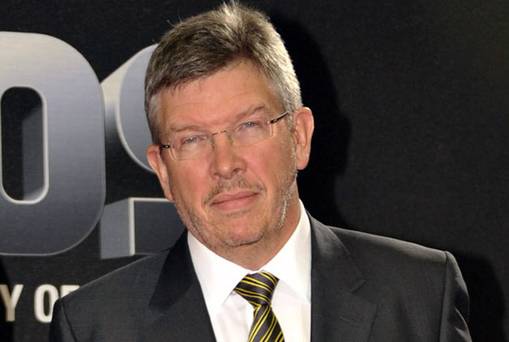 Mercedes and Ferrari on the limit

Across all 44 laps, Lewis Hamilton and Sebastian Vettel battled for the lead, giving it their all and in Spa they had the edge over respective team-mates Valtteri Bottas and Kimi Raikkonen. If Mercedes had hoped to demonstrate the same superiority over Ferrari they had enjoyed at Silverstone, the most similar track to Spa in terms of its characteristics, then they were to be disappointed.

Vettel came very close to taking the lead on two occasions, at the end of the long Kemmel straight on the opening lap, and again after the restart following the Safety Car period. But Hamilton did a great job of defending his position making the most of his car’s top speed, 7 km/h faster through the speed trap.

However, Ferrari claim they leave Belgium having made a step forward on the performance front for quick circuits, even if Vettel sees his championship lead over Hamilton reduced to seven points. It sets up an intriguing battle at the ultimate high-speed circuit, Monza, next weekend.

A weekend of big numbers

It was a weekend to delight fans of statistics, starting with it being the 50th time Spa Francorchamps hosted a round of the Formula 1 World Championship. The drivers rate Spa as one of the greatest tracks on the calendar and it’s a view I’ve shared both as a fan and ever since I began my career in Formula 1.

Two statistics in particular resonated with me personally: on Saturday, Lewis Hamilton not only took a brilliant pole position, but also equaled Michael Schumacher’s outright record of 68 poles. I had the honor of relaying a personal message of congratulation from Michael’s wife Corinna and all his family. For Hamilton the other landmark was that Spa marked his 200th Grand Prix start.

I can reveal that the message was actually ready in Budapest, prior to the summer break, but on that occasion, Vettel and Ferrari were too strong, even for Lewis.

In the end, it was nice that it happened at Spa, a track I know Michael loves more than any other and on which he achieved so much in his career. It was there that he made his F1 debut, took his first win and clinched his seventh and last championship title, as well as the circuit at which he celebrated his 300th Grand Prix start.

On track on Sunday, there was a celebration of his first win, 25 years ago, with his son Mick driving the Benetton B194 with which Michael took the title in 1994. In 1992, I was technical director of Benetton and Pat Symonds was Michael’s race engineer, so it was great for the two of us to be there on the grid to talk to Mick as he stepped out of the car and hear how he felt after driving it. It was definitely an emotional moment for everyone there to witness it.

A record crowd of over 265,000 spectators attended the Belgian Grand Prix last weekend. A huge percentage had made the trip from the Netherlands to cheer on their hero, Max Verstappen, and the grandstands were a sea of orange all weekend.

Unfortunately, just as happened at the Austrian Grand Prix in early July, the Red Bull driver’s race was over far too quickly, much to the disappointment of the crowd.

Red Bull Racing has made a lot of progress during the course of the season, but they are still experiencing too many reliability problems, issues that are hitting Verstappen hard. It’s a real shame, as Max is not only amazingly talented, he also seems to engage with the fans, especially the younger ones. I hope they still managed to enjoy themselves, possibly in the Fan Zone, which featured a host of attractions over the weekend.

On the other side of their garage, Red Bull demonstrated the progress they have made, with Daniel Ricciardo again finishing on the podium, making it six top three places this season. As usual, the Australian was quick to seize on any opportunity that presented itself, in this case, Raikkonen’s penalty and the safety car period following the battle between the Force Indias of Sergio Perez and Esteban Ocon.

Then he took matters into his own hands to snatch third place off Bottas and fend off the attentions of Raikkonen. Ricciardo has scored 132 of Red Bull’s 199 points and on Sunday, he met up with fellow Australian and birthday boy Mark Webber, who was doing the podium interviews, but this time there were no shoeys!

Kimi Raikkonen has four wins to his name at Spa and he looked set to do well again this weekend, at least until Q2. From then on, the weekend slipped away from him as he finished fourth place in qualifying and in the race.

A mysterious vibration seemed to unsettle the Finn on Saturday and on Sunday he was handed a stop-and-go penalty for not slowing sufficiently for waved yellow flags, an avoidable error that compromised his race. It was a shame, as otherwise Kimi looked to be heading for the podium, especially as Valtteri Bottas had an oddly muted weekend.

The Mercedes driver admitted as much after qualifying saying that he had been “struggling" and that he needed to investigate why. That will undoubtedly occur over the next few days and the team and Valtteri will surely bounce back for Monza

An unfortunate end of the race for Force India, as, not for the first time this season, Esteban Ocon and Sergio Perez tangled in a battle for position. Two drivers operating at the same level and racing on the same space on track is both a boon and a dilemma for any team – as we’ve seen so often in the past, most recently with Lewis and Nico Rosberg. If you are in charge of a team you want the best drivers competing in the best car you can give them and extracting everything from that car. In Sergio and Esteban Force India have two extremely competitive drivers and they go into every race weekend confident that they can bring home decent points.

The dilemma comes when they’re battling each other for the same points on the same piece of track. It’s a real balancing act in terms of making the drivers feel they can both compete for those points, while at the same time making them understand that the team has to come first and that a double points haul has to take priority over individual ambition. It’s not an easy balance to strike and it’s perhaps a situation that Force India haven’t encountered to this degree in a while.

From the outside it’s a fascinating contest to watch, but I know first-hand that it can be difficult to manage internally. After this latest incident I’m sure that the team will be at pains to impress on both drivers the imperative of maximizing points-scoring opportunities. It’s going to be interesting to see how the situation evolves, starting this weekend in Monza, where the first chicane after the start is often a flare point.