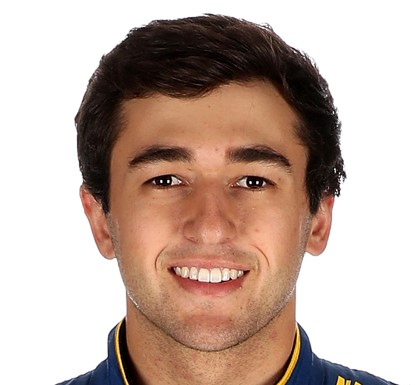 CONCORD, N.C. – When a new NASCAR season begins in February, rising star Chase Elliott will be reunited with the number synonymous with his legendary racing family and rookie William Byron will take the wheel of one of the most iconic cars in motor sports history.

In 2018, 12-time NASCAR Cup Series champions Hendrick Motorsports will introduce the #9 NAPA AUTO PARTS Chevrolet Camaro to its four-car team with Elliott in the driver's seat. The Dawsonville, Georgia, native raced the #9 to the 2014 NASCAR Xfinity Series title, and his Hall of Fame father Bill Elliott memorably drove it to 38 Cup-level wins and the 1988 series championship.

"I wasn't sure I'd ever drive the '9' again," said Chase Elliott, 21, who is currently in his second season driving the #24 Chevy for Hendrick Motorsports. "It's a huge deal to my family and everyone back home (in Georgia), and I hope all of our fans will be pumped to see it back on the racetrack. There's a legacy attached to that number, and I want to carry it on. I think it's awesome that Hendrick Motorsports and NAPA wanted to do this. It's impossible not to be excited."

When Byron starts his first career Daytona 500 next year, it will be in the iconic #24 Hendrick Motorsports Chevrolet made famous by four-time Cup Series champion Jeff Gordon and his storied Rainbow Warriors team. Byron will begin his 2018 rookie season at the same age Gordon was (20) when he made his Cup debut in 1992.

"Jeff and Jimmie (Johnson) are the drivers I've always watched most closely and tried to learn from," said Byron, 19, who grew up in Charlotte, North Carolina, and signed with Hendrick Motorsports in August 2016. "I didn't think I could be more motivated, but when Mr. (Rick) Hendrick called to tell me (about driving the #24), it took things to another level. I have so much respect for all the people who have contributed to the success of the '24.' I know it's rare to have the chance to be part of something like this. I'm going to make the most of it."

Next season, Elliott and Byron will team with the #48 of seven-time Cup champion Johnson, 41, and the #88 of 24-year-old newcomer Alex Bowman in the Hendrick Motorsports stable.

"I know what the '9' means to Chase and his whole family," said Hendrick, owner of Hendrick Motorsports. "They've contributed so much to our sport, and I'm happy we can honor that history by bringing the number back. I think fans will really love seeing it out there. I told Chase we'd only do it if he promised to win a bunch of races, so I'm going to hold him to that.

"The 'fit factor' is something I've always believed in, and that's what I see with William and our organization. He reminds me a lot of Jeff at that age with regard to being a special talent and having a great head on his shoulders. But William is also his own person with his own career ahead of him. It's going to be fun to watch him jump in the '24' and show what he's capable of."

The debut of the #9 will mark the first time in nearly a decade that Hendrick Motorsports will field a new car number for one of its full-time teams. The most recent addition was the No. 88, which was added in 2008 when driver Dale Earnhardt Jr. joined the organization.

"I'm excited about the future," Hendrick said. "We've made some management decisions recently that I feel really good about. Looking at next year, Jimmie will continue to be a leader and help set the tone. Alex is chomping at the bit and ready to go. When you add the (new) Chevrolet Camaro race car into the mix, it'll definitely be a new look for us. Everyone's energized."

Following the 2017 season, Hendrick Motorsports will withdraw its No. 5 car number from competition. It was the organization's first car number and has run full-time since the team was founded in 1984. The No. 5 was raced to Hendrick Motorsports' first victory at Martinsville Speedway during its inaugural season, and Terry Labonte drove it to a Cup Series championship in 1996.

"That was by far the hardest part (of the car number decisions)," Hendrick said. "The '5' means so much to everyone at Hendrick Motorsports and to a lot of our fans. The memories and the history will always be there, and I won't rule out bringing it back some day. Never say never."

#24 QUICK FACTS:
Â· First fielded by Hendrick Motorsports with Jeff Gordon in 1992; driven by Gordon until 2015
Â· Currently raced by Chase Elliott, who debuted in 2016 and won Cup Series rookie of the year
Â· With Gordon, four Cup Series championships and all 93 of its points-paying Cup victories; race wins include three Daytona 500s and a record five Brickyard 400s