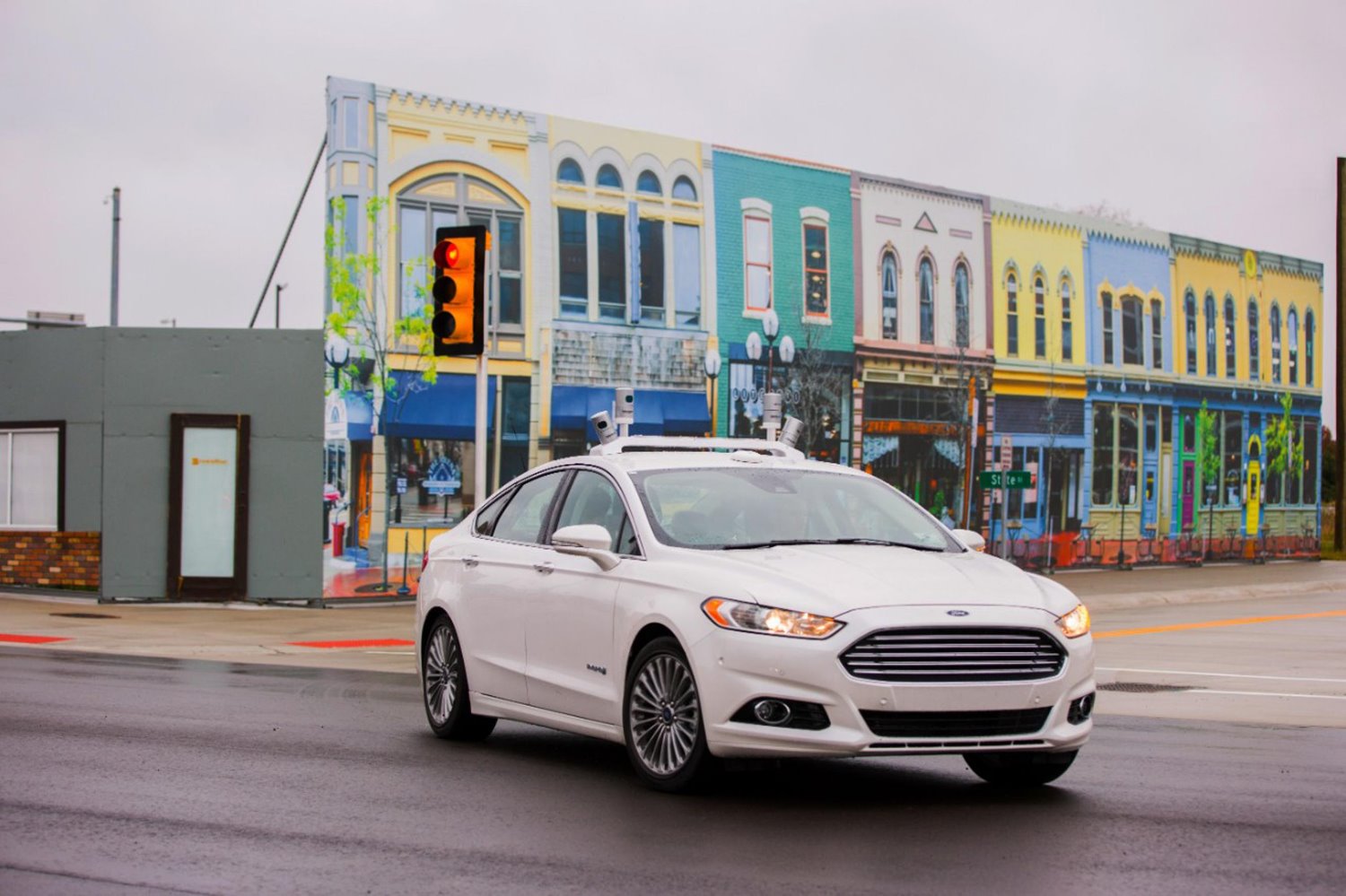 Your pizza delivery guy isn't going to like this. Ford and Domino's are teaming up to use self-driving cars as pizza-delivery vehicles in a test that will gauge customer reactions to the technology. It comes as the automaker reaffirms plans to launch its first production autonomous car in 2021–and delivery services just might be one of the first applications for that car.

Over the next several weeks, randomly-selected Domino's customers around Ann Arbor, Michigan, will have the chance to get their pizzas delivered by an autonomous Ford Fusion Hybrid. A Ford engineer and researchers will be onboard to ensure safety and monitor the test.

Customers will be able to track the car using GPS through an augmented version of the Domino's app, and will get text messages instructing them how to retrieve their food. The Fusion Hybrid is outfitted with a Domino's Heatwave pizza container, which customers unlock with a special code. Ford and Domino's have already rehearsed the delivery process at Mcity, a simulated city on the University of Michigan's Ann Arbor campus built for testing autonomous cars.

This may seem like a publicity stunt, but it's actually very relevant to how Ford wants to deploy autonomous cars. The self-driving car Ford plans to launch in 2021 won't be available to individual buyers, at least not right away. Instead, it will be marketed towards ride-sharing and delivery services, the company's autonomous-driving boss Sheriff Marakby said recently.

Companies may benefit more from self-driving cars than individual consumers. Whether its a ride-share car or a pizza-delivery vehicle, keeping them on the road longer increases revenue. Autonomous vehicles will likely have higher utilization rates than human-driven ones, and companies don't have to pay a driver.

This model also lets Ford deploy self-driving cars in a more manageable and predictable way. Ford will probably have to continue developing the technology even after the first cars hit the road, and it will be easier to work with another company on that than to try to wrangle a bunch of individual car owners.

Ford CEO Jim Hackett appeared to walk back the 2021 autonomous-car deadline in a recent interview, but it seems the company is still committed to it. We still don't know exactly how many cars Ford plans to build in that first year or how they will be used, though. Given this targeted approach, it's possible that Ford's launch of self-driving cars could be a trickle, not a flood.