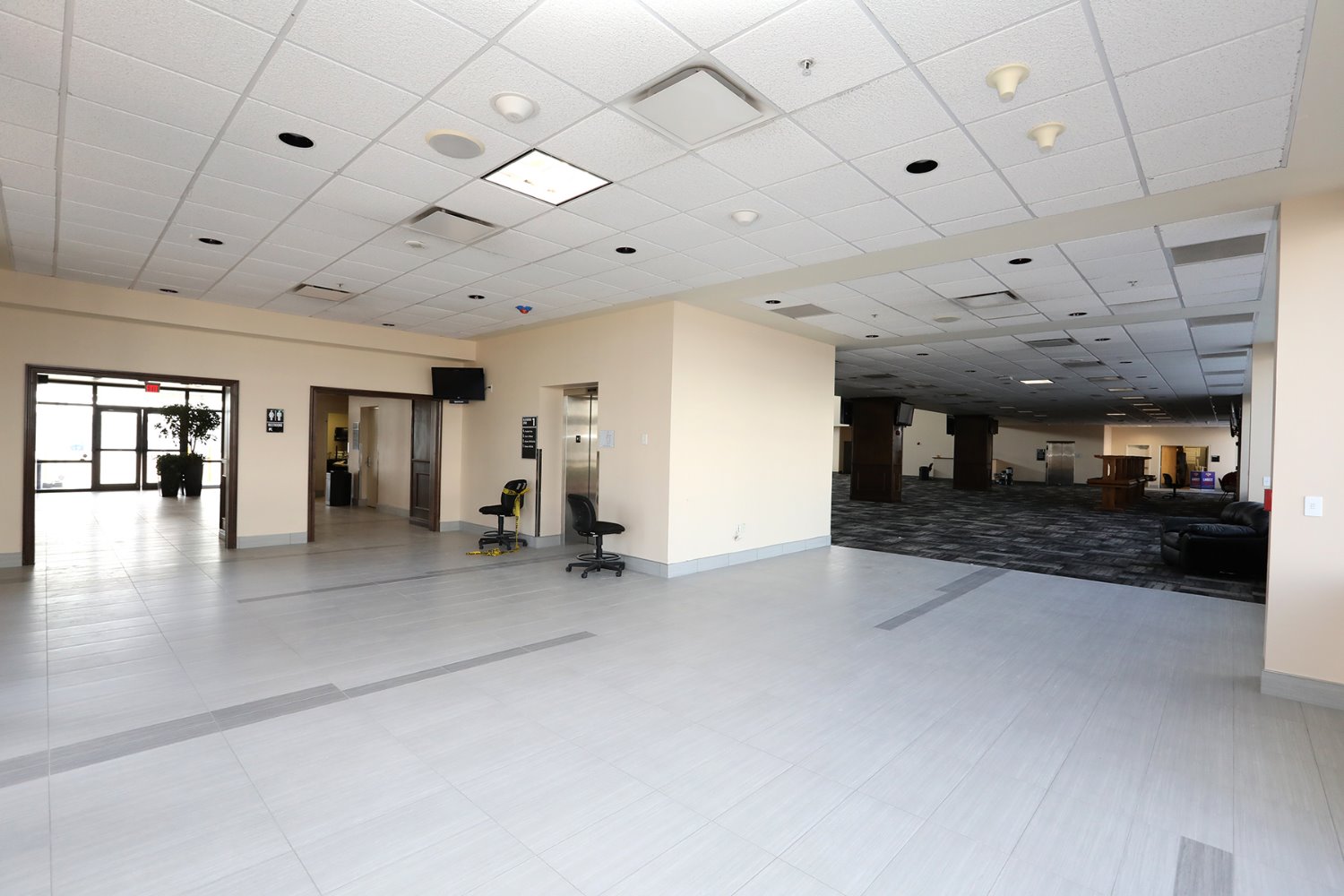 After completing the $400 million Daytona Rising project in 2016, a three-year project that transformed the Speedway into the world’s only motorsports stadium, the track now has its sights set on the Daytona 500 Club, the four-story building located in the infield just outside of Gatorade Victory Lane. The renovation project is a significant face lift for the building that was first constructed in 2004 as part of a massive infield overhaul.

Among the improvements slated for Daytona 500 Club include modernized flooring, lighting, tile and new furniture. The Banquet and Lounge Levels (first and second floor) will have new carpet and tile, lighting and furniture. In addition, the Banquet Level will have two new portable bar set ups and the Lounge Level bar is also being renovated. The Suite Level (third floor) will also see new furniture and carpet and tile throughout.

Much of the improvements have already been completed.

The Daytona 500 Club is used throughout the year for many functions. During events, the Daytona 500 Club provides a premier hospitality experience for fans that includes food and drink, UNOH Fanzone and Pre-Race access and access to Gatorade Victory Lane post-race.

It’s available for the Rolex 24 (called the Champions Club), Speedweeks events and the DAYTONA 500 and the Coke Zero 400 Weekend. A wide selection of packages are available (season long packages, multiple days or DAYTONA 500 only) to choose from.