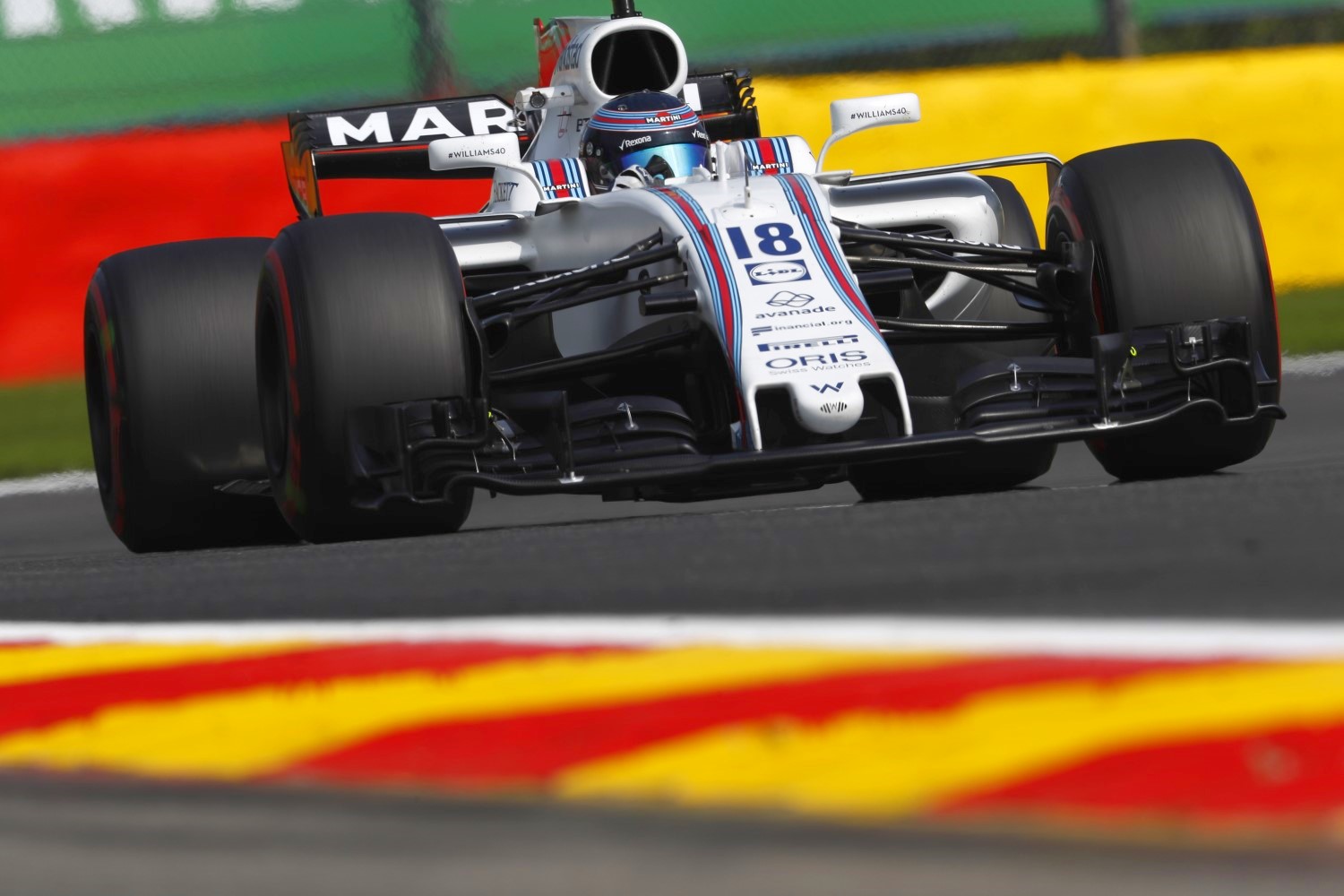 Early tests indicate that it is the cars and not the tires that are responsible for oscillation witnessed in certain corners at Spa, and which is blamed for rear wing damage to Lance Stroll's Williams in Q1.

Overnight, Pirelli carried out tests after slow motion shots at a number of corners showed the rear tires on some cars distorting and a subsequent oscillation through the entire rear of the car. Pirelli's Mario Isola admitting he had never witnessed the phenomena before.

The effect was most noticeable as cars exited the final chicane and also at the exit of La Source.

Overnight tests have led to Pirelli concluding that it is not an issue with its tires.

"In all our investigations in the laboratories the tires are OK," Isola told Motorsport.com. "Now we're having a look in the data more in detail on this specific effect.

"What is important to understand how is this effect generated," he continued. "We had the time to speak to the teams last night, but then they had to go, and we had some more information this morning.

"It looks like we have this vibration just out of Turn 19 and Turn 1, so it is a specific point," he admitted, "it's not on all the circuit. But because it is the first time we see it so clearly, and maybe also the slow motion images were announcing a little bit this effect, when we see this, we want to understand it.