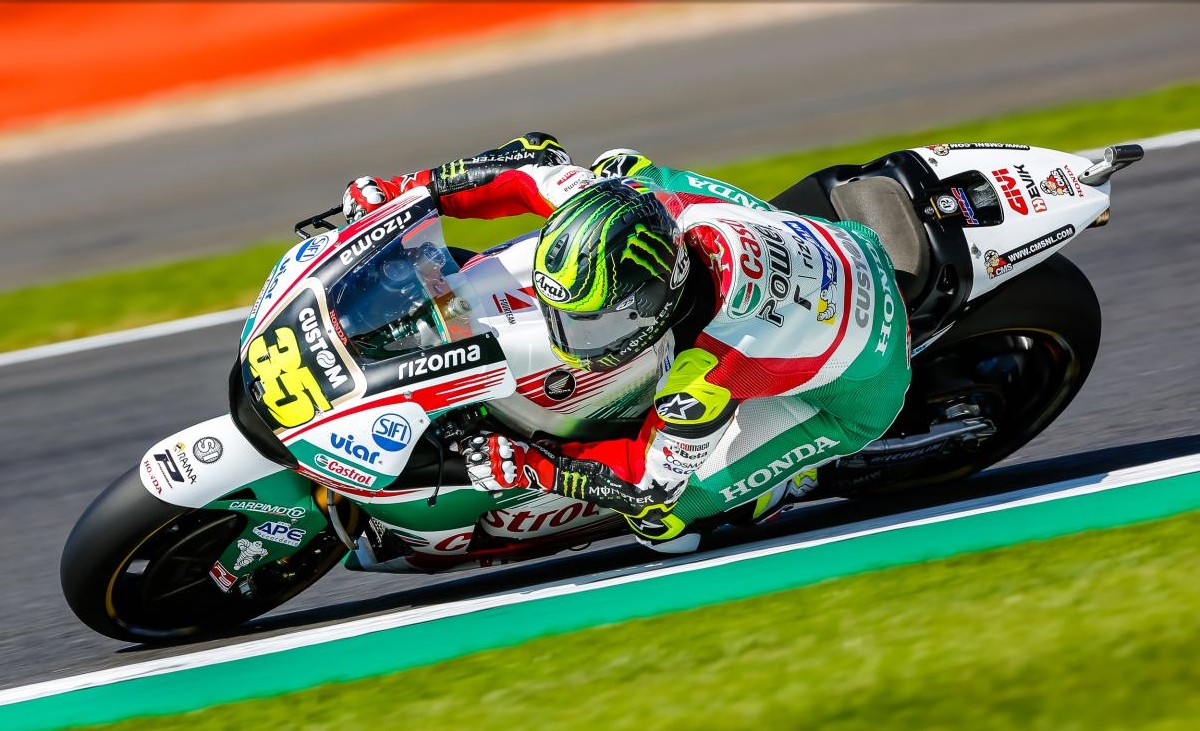 Fourth fastest on combined timesheets was an impressive showing from Aleix Espargaro (Aprilia Racing Team Gresini) riding through the pain barrier, ahead of reigning Champion Marc Marquez (Repsol Honda Team). Marquez had two crashes in the afternoon, but got back on track – rider ok.

Jorge Lorenzo (Ducati Team) was the fastest Borgo Panigale machine on Day 1 in P6 overall. The Majorcan is also the man with the most premier class victories at the track – and got back to pitlane at the end of FP2 with a little help from Bradley Smith (Red Bull KTM Factory Racing).

FP2 was also marked on Friday by a trial run of a new flag-to-flag bike swap procedure at the end of the session, with teams given a new angle for the bikes and a lollipop man in place to ensure safe releases. The Safety Commission will now discuss the trial.

Red Bull KTM Factory Racing rider Pol Espargaro put in a rockstar performance on Friday, running third for some time in FP2 before ending the day in seventh. He headed rookie Johann Zarco (Monster Yamaha Tech 3), who was eighth fastest as he attempts to keep his momentum from Austria.

Andrea Dovizioso (Ducati Team) was P9 at the end of action on Day 1, but the Championship challenger was only 0.008 off eighth in the incredibly tight top ten – which was completed by Scott Redding (Octo Pramac Racing) on home turf.