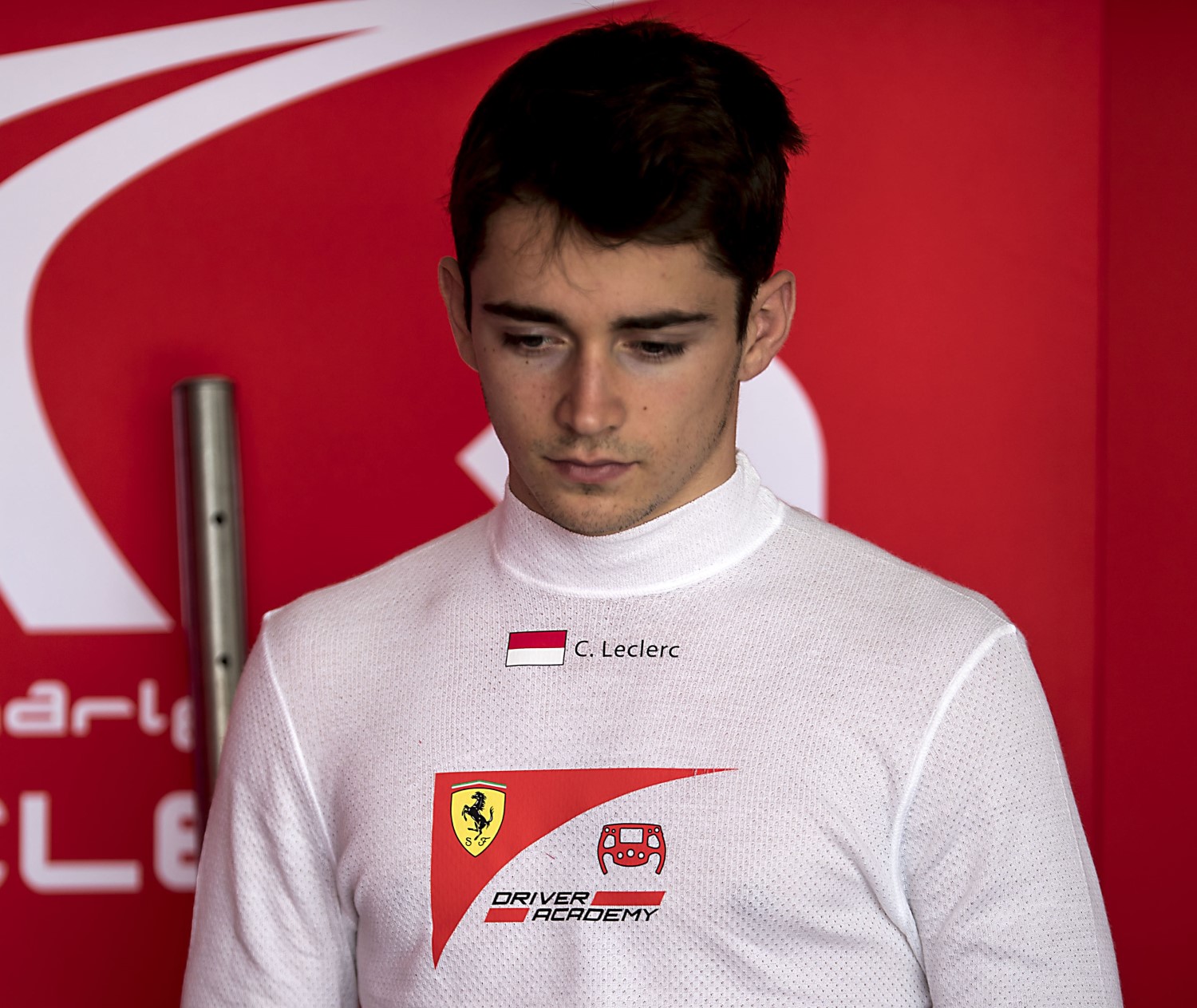 Charles Leclerc has claimed yet another pole position for his collection in this afternoon’s FIA Formula 2 Championship qualifying session at the Circuit de Spa-Francorchamps, defying the rain and a resultant red flag to grab the top spot well ahead of title rivals Nicholas Latifi and Oliver Rowland.

The Monegasque driver emerged from the gloom with a time of 2:20.842, almost 22 seconds slower than his best time from free practice this morning but vitally six tenths ahead of the DAMS duo, the only two drivers within a second of the top spot in a heavily rain affected session.

Qualifying got underway on a very wet circuit following an earlier heavy storm, but with the rain holding off there was the potential for times to improve: all of the field was immediately on track just in case, with Nyck De Vries, Luca Ghiotto and Antonio Fuoco all spending time on the top spot before the Monegasque claimed the honors at the halfway mark with 2 laps in succession improving the times before most of the field headed back to the pits for fresh rubber.

The rain had started again just as they re-emerged on track, and although some drivers were improving their times, most notably Artem Markelov who set the fastest 1st sector time and was looking a real threat to Leclerc’s P1, they were all slowed again almost immediately when a spin for Sergio Sette Camara brought out the red flags, undoing all their good work.

The session eventually restarted with just under 4 minutes on the clock, but with the rain increasing there was no chance of any improvement, ensuring Leclerc retained the honors. Behind the top 3 good drives by Gustav Malja, Fuoco, De Vries, Ghiotto and Roberto Merhi were not reflected in their laptimes, will all of them hoping that their race pace tomorrow will be able to overturn their poor luck today.