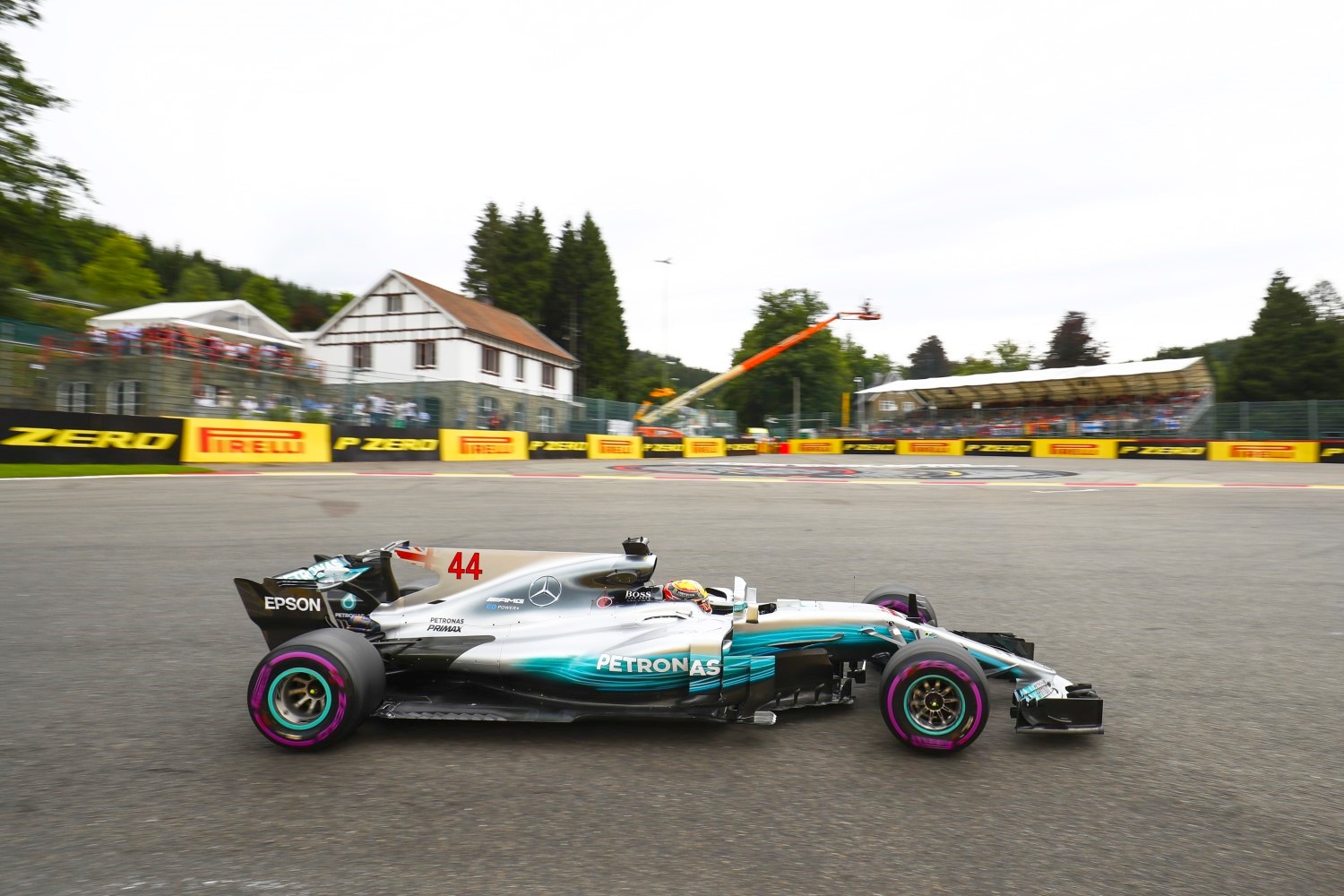 Lewis Hamilton turned a lap time of 1m44.753s on the ultra-soft Pirelli tires to lead the 2nd practice session for the Belgian GP. With about 30 minutes left to run heavy rain fell over the Spa track and that put an end to any more running.

Quickest in the first practice, Ferrari's Kimi Raikkonen, was 2nd quick in session 2 some 0.262s behind the Mercedes.

Valtteri Bottas slotted in third in the second Mercedes while Max Verstappen was 4th in his Red Bull ahead of the second Ferrari of Sebastian Vettel.

There's less than half a second separating first to fifth with things looking much closer than it appeared they might in FP1.

Both Renaults made the top ten, with Nico Hulkenberg seventh and Jolyon Palmer tenth. Between them came Force India’s Esteban Ocon and Toro Rosso’s Carlos Sainz.

Hamilton had taken complete charge of the session, before heavy rain with 25 minutes to go persuaded the majority of drivers to cease their activities.

The Briton was fastest in 1m 45.634s on the supersoft Pirelli tires, from team mate Bottas on 1m 46.331s, before the wholesale switch to ultrasofts after the first half hour.

Ricciardo didn’t switch to ultrasofts until late in the session, and took sixth on 1m 46.072s.

It was a relatively quiet session, though Haas’s Romain Grosjean complained initially that his DRS was sticking open, and both Toro Rossos suffered power loss. And Force India’s Sergio Perez complained when he felt Haas’s Kevin Magnussen had got in his way.

Meanwhile, Felipe Massa played no part in the session after Williams were forced to change his chassis after the Brazilian’s crash at the start of FP1 this morning.