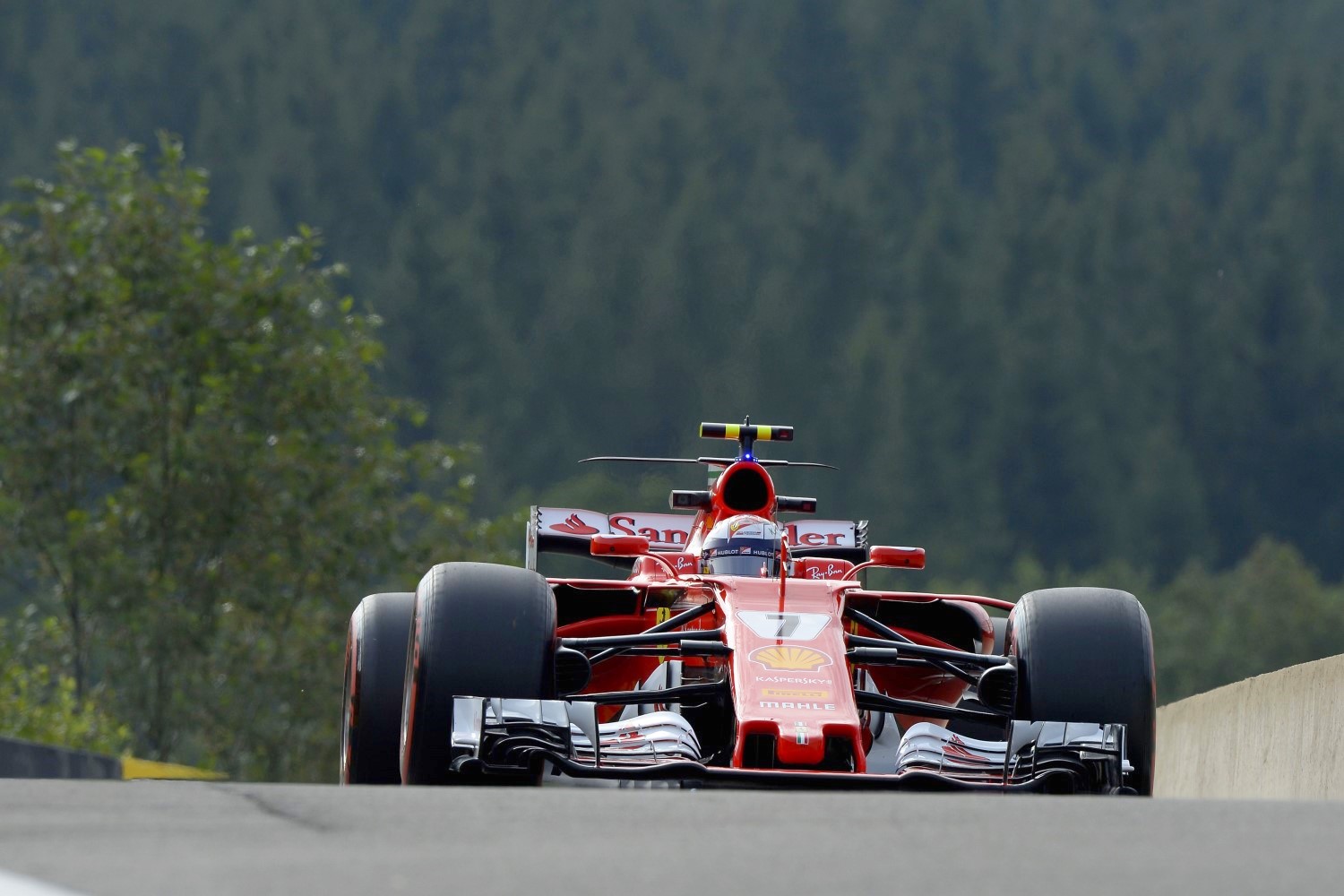 Using Ultra-Soft Pirelli tires on a late run, Ferrari's Kimi Raikkonen turned the fastest lap in opening practice for the Belgian GP at Spa. His lap of 1m45.502s was only 0.053s faster than Lewis Hamilton's Mercedes. But make no mistake, Mercedes is superior here to Ferrari. While the Ferraris set their fast times on the softest tires, the Mercedes used tires that were not one, but two grades harder. Clearly the Mercedes are sandbagging and when it comes to qualifying Saturday Mercedes will bury Ferrari unless it rains.

Of the top 14 cars, all did their best times on ultra-softs except the Mercedes and Force Indias, which used softs – two grades harder. Everyone from 15th back did their best time on super-softs, the middle grade tire here at Spa.

Sebastian Vettel was third for Ferrari 0.145s back but easily ahead of the two Red Bulls of Verstappen and Ricciardo who were 8/10ths slower than Raikkonen to round out the top-5.

Valtteri Bottas had a somewhat troubled session in the 2nd Mercedes, thanks to a minor off through the gravel which saw the Finn nudge his F1 W08 against the barriers. Completing the top ten were the Toro Rossos of Carlos Sainz and Daniil Kvyat, split by Force India’s Esteban Ocon and followed by McLaren’s Stoffel Vandoorne.

Felipe Massa ended up last without a lap time after he lost his Williams over the curbs at Malmedy. The Brazilian, who missed the last round in Hungary through injury, was unhurt, but his car sustained significant damage, leaving his crew with plenty of repair work to do ahead of FP2.