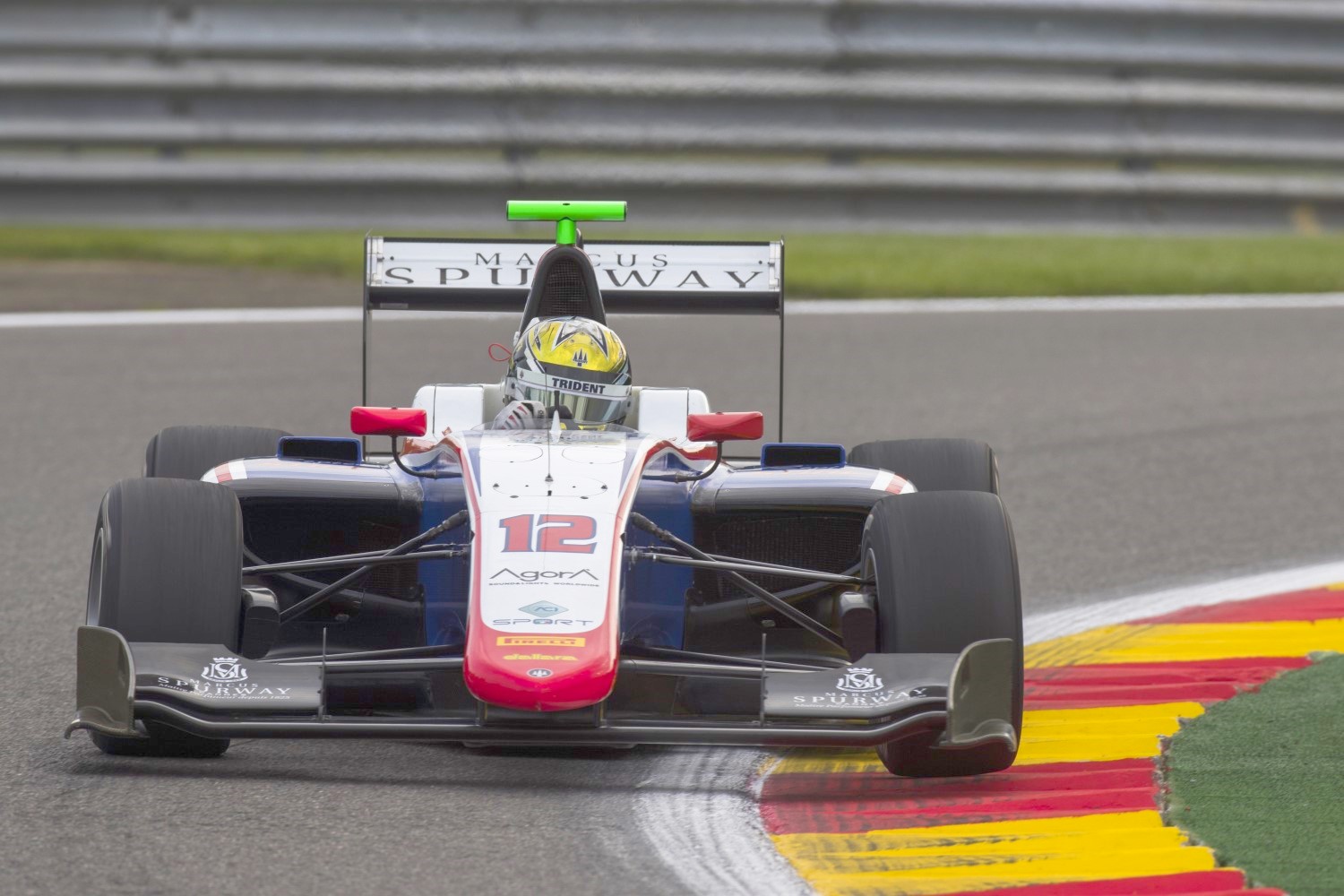 Dorian Boccolacci has claimed the early honors after topping this morning’s free practice session at the Circuit de Spa-Francorchamps, grabbing the top spot late in an uneventful session by four tenths from Tatiana Calderon and Kevin Jorg.

The Italian who is a French citizen turned a time of 2:06.163 came with 3 minutes remaining in a session where most of the drivers held a lot in reserve and working on race runs, given the expected difference in temperatures between practice and this afternoon’s qualifying session.

The track opened to cold but clear conditions, with everyone running straight out on track to get some laps: Anthoine Hubert and then Jack Aitken set the early pace, with Nirei Fukuzumi grabbed P1 at the half hour mark, and it looked like the session was done for fast laps.

But with 7 minutes remaining Calderon grabbed the top spot by over a second, prompting a number of her rivals to push to match her time: the Campos drivers squabbled with the other DAMS teammates as Calderon returned to the pits, and with 3 minutes to go Boccolacci nicked the top spot as teammate Jorg slotted into P3.

On the final lap Boccolacci was pushing again, running purple on sector 1 until a yellow in sector 2 slowed everyone, and the session was done: Leonardo Pulcini, Matthieu Vaxiviere, Ryan Tveter, Marcos Siebert and Raoul Hyman were within a second of the top spot, with new driver Juan Manuel Correa a creditable P9 in his first session, with the ART teammates ran P13-16, led by Aitken. Qualifying promises a lot of change this afternoon.