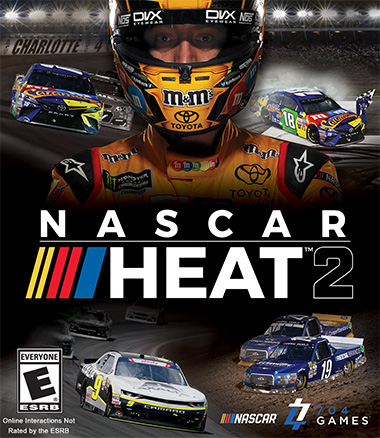 Richmond Raceway will host the first NASCAR Heat 2 video game competition with a 64-person tournament prior to the Federated Auto Parts 400 Monster Energy NASCAR Cup Series race. Participants will try their luck at the Xbox One version of the game with prizes awarded to the highest scoring players. 704Games, NASCAR’s official video game licensee, along with GameStop and Aaron’s are joining forces with Richmond over Fan Appreciation Weekend to offer gamers an exclusive chance to see and play the game before its public release on Sept. 12.

REGISTERATION OPENS ON FRIDAY, AUGUST 25 AT 10 AM

NASCAR Heat 2 is the sequel to the successful NASCAR Heat Evolution, published by 704Games and developed by Monster Games. Kyle Busch, driver of the No. 18 Toyota Camry for Joe Gibbs Racing, is featured on the cover. The game will include the three NASCAR national series, the Monster Energy NASCAR Cup Series, the NASCAR XFINITY Series, and the NASCAR Camping World Truck Series, and be available on Xbox One, the PlayStationÂ® 4 computer entertainment system, and Windows PC via Steam.