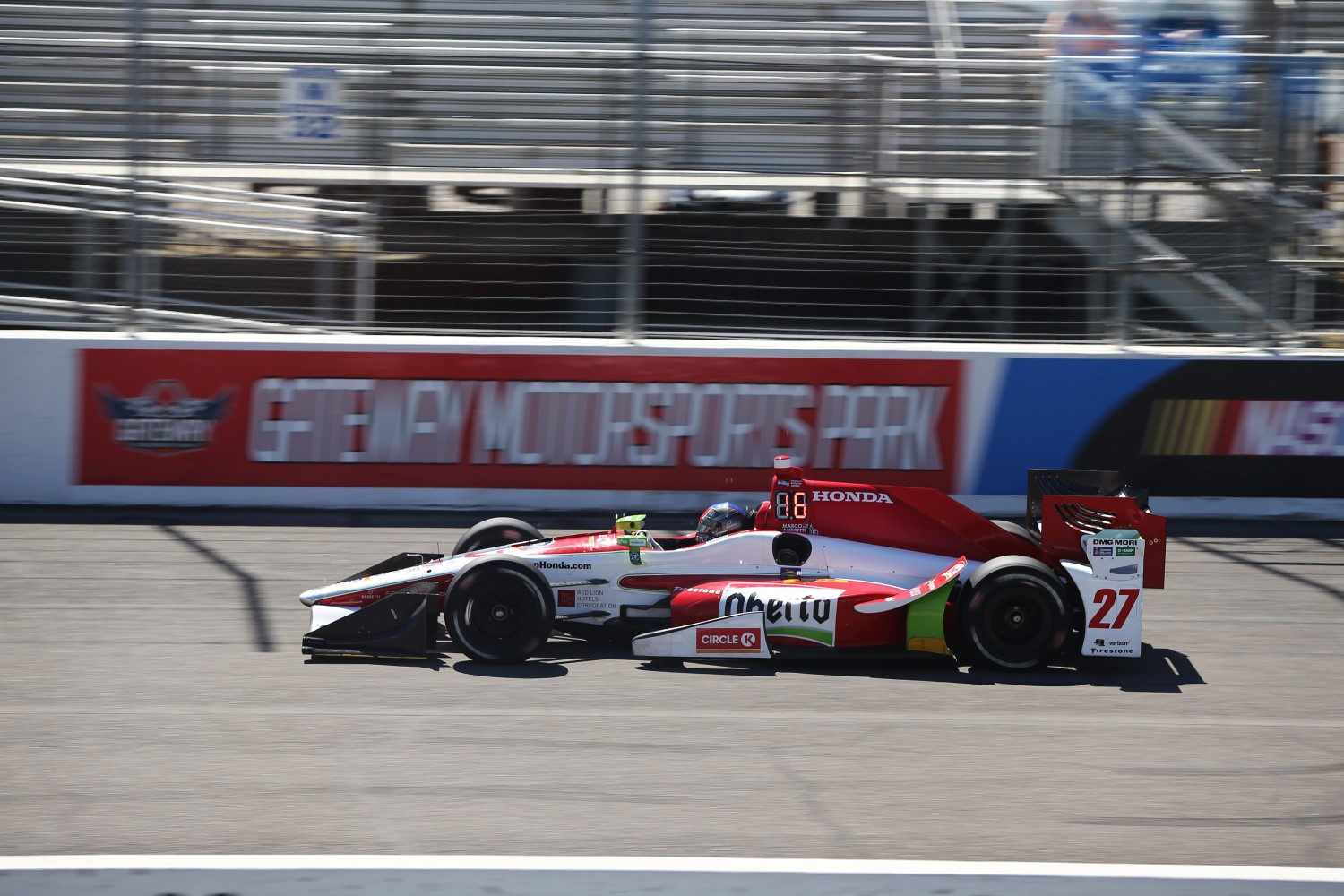 Red, white and green will be the color scheme for Marco Andretti as Seattle-based Oberto All-Natural Beef Jerky takes over his No. 27 Honda for the 248-lap race on August 26 at Gateway Motorsports Park near St. Louis, MO.

“After a great first year with both Andretti Rallycross and Andretti Autosport, we’re excited to expand our partnership with Andretti to St. Louis at the Bommarito Automotive Group 500," said Oberto CEO Tom Hernquist. “As a family-owned company celebrating its 100th year in business next year, we’re looking forward to building awareness across the U.S. for our all-natural beef jerky, trail mix and meat sticks."

Nazareth, Pennsylvania-native, Andretti is in his 12th Verizon Indy Car Series season with Andretti Autosport, and is just shy of his 200th career start at 197 starts going into this race weekend.