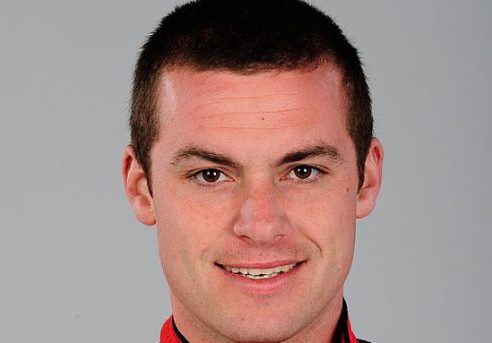 Series driver and older brother of Xfinity driver Ryan Sieg, died over the weekend at the age of 34.

Ryan Sieg Racing announced his passing Tuesday on social media. He would have turned 35 on Wednesday. A team spokesperson could not provide additional details.

“Please keep our family in your thoughts and prayers," the team said on Twitter. “We lost a great driver and an incredible person. Forever in our hearts."

A native of Tucker, Georgia, Shane Sieg was a veteran of 68 Truck Series races and two Xfinity starts.

He earned three tops 10 in the Truck Series. His best result was eighth at the Milwaukee Mile in 2004. Sieg also won one race in the NASCAR Southeast Series in 2003 at Huntsville Speedway in Alabama.

Sieg made his last Truck start in June 2011 at Pocono Raceway.

Sieg was suspended indefinitely by NASCAR in August 2011 for violating its substance abuse policy and for actions detrimental to the sport.