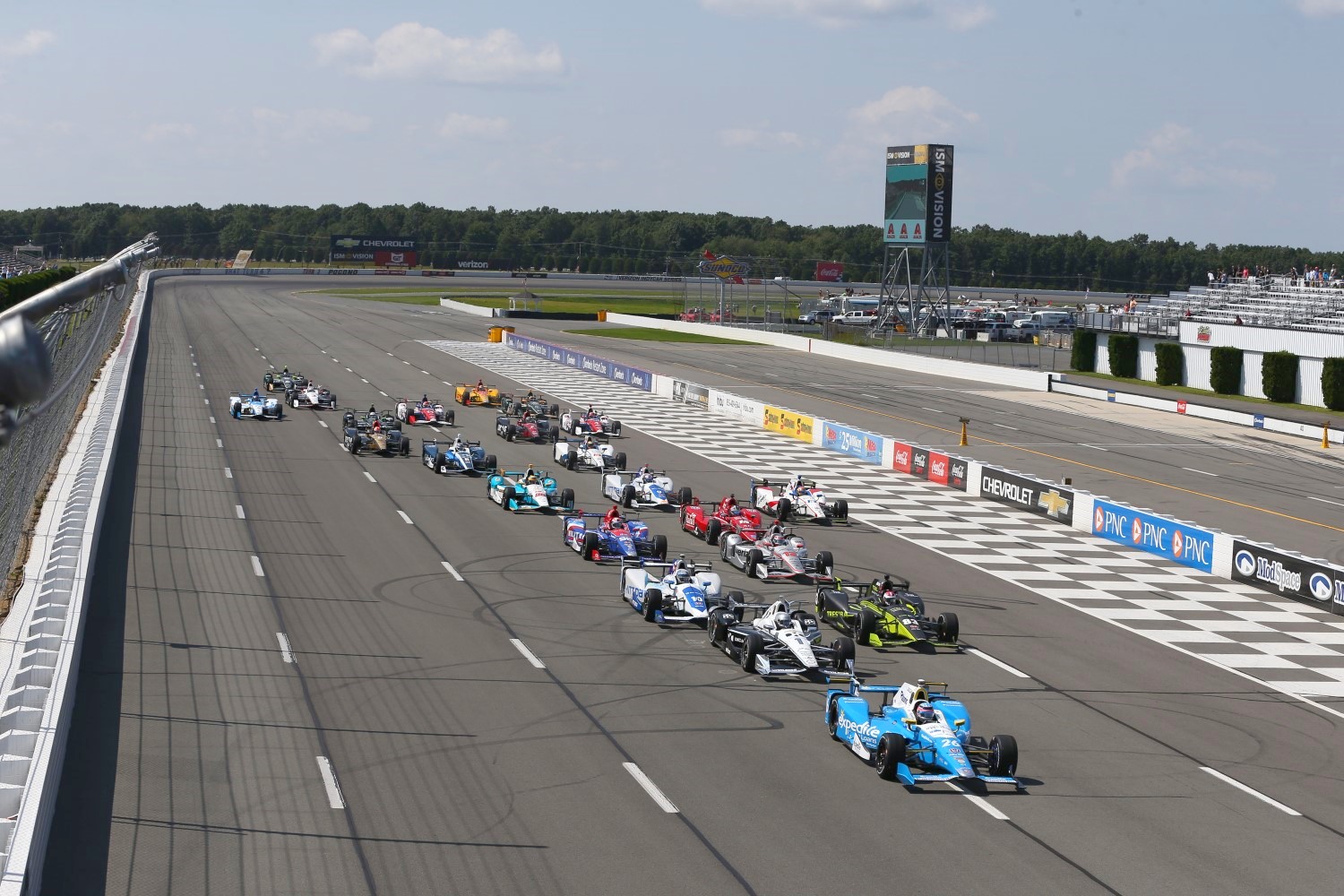 LONG POND – What more does IndyCar have to do to convince admitted race fans that a sunny August weekend in the Pocono Mountains is preferable to sitting at home and watching motor races on television?

The ABC Supply 500 had all the right elements to please even the most critical fans of the premier open-wheel racing series in the United States – and maybe the world.

There was wheel-to-wheel competition: less than nine-tenths of a second separated the first and fourth-place cars.

There was drama: 10 drivers had the lead at one time or another, with the lead changing hands a record 42 times.

There were some desperate strategic moves: Marco Andretti’s team, seemingly going nowhere through the first 129 laps, took a gamble by pitting out of sequence and actually managed to get to the front for nine laps, only to have the effort nullified when he didn’t get the caution period that might have boosted him toward an improbable victory.

Even the naysayers who like to complain about the lack of an American presence had no beef with this group as nine of the 22 starters – including Josef Newgarden and Alexander Rossi, who finished second and third, respectively – were born in the good ol’ USA.

And finally, there was Will Power, whose crew had to change both the front and rear wings on his car but who overcame that adversity and used a perfect driving maneuver to hold off his Penske Racing teammate and become the first driver to win back-to-back Indy-car races in the 46-year history of the track that the late Doc Mattioli built.

Even the losers had fun. At least most did.

“I don’t mind losing a race like this; it was a lot of fun," said Newgarden, who tried everything he could but couldn’t rattle Power in the closing laps.

“I had a smile on my face the whole race," Rossi said.

"It was a tough day, it felt like we had a lot going against us, Andretti said. “We caught a yellow at a bad time, and then cut a tire and went to the back a few times. It was an unfortunate day, but we kept fighting and were able to lead some laps. It's a bit of a bummer not to finish higher in my home race, but the UFD boys did a great job with the car and in the pits. Onward to Gateway for one last oval of the season."

Still, there was lots of room in the grandstands and lots of space for campers and tents in the infield … no traffic jams on Route 115 and other area roads, either.

The critics will say enough is enough. IndyCar returned to Pocono in 2013, and you probably couldn’t fill the place once with all the fans who attended the last five races.

But Nick Igdalsky, who earlier in the summer succeeded his brother Brandon as CEO after Brandon took a job with NASCAR, isn’t ready to back away.

Igdalsky was smiling Sunday afternoon and saying that he thought the ABC Supply 500 crowd was better than other years – and not just a little better.

The current contract with the IndyCar people runs through next year, but Igdalsky said, “We told IMS [Indianapolis Motor Speedway, where IndyCar is headquartered] to put something on our desk. We’re definitely interested in hosting them into the future; it all depends what those terms will be. We’ve already had initial discussions. Unless something drastically changes, we don’t see any reason why we’re going to stray from this path."

In the meantime, Igdalsky et al plan to “guarantee people there will be more than they can do in a day."

They have already begun brainstorming ideas that are aimed at making their facility more of a destination placed in the future. The kind of experience they can never get in front of a TV set. Paul Reinhard/Morning Call