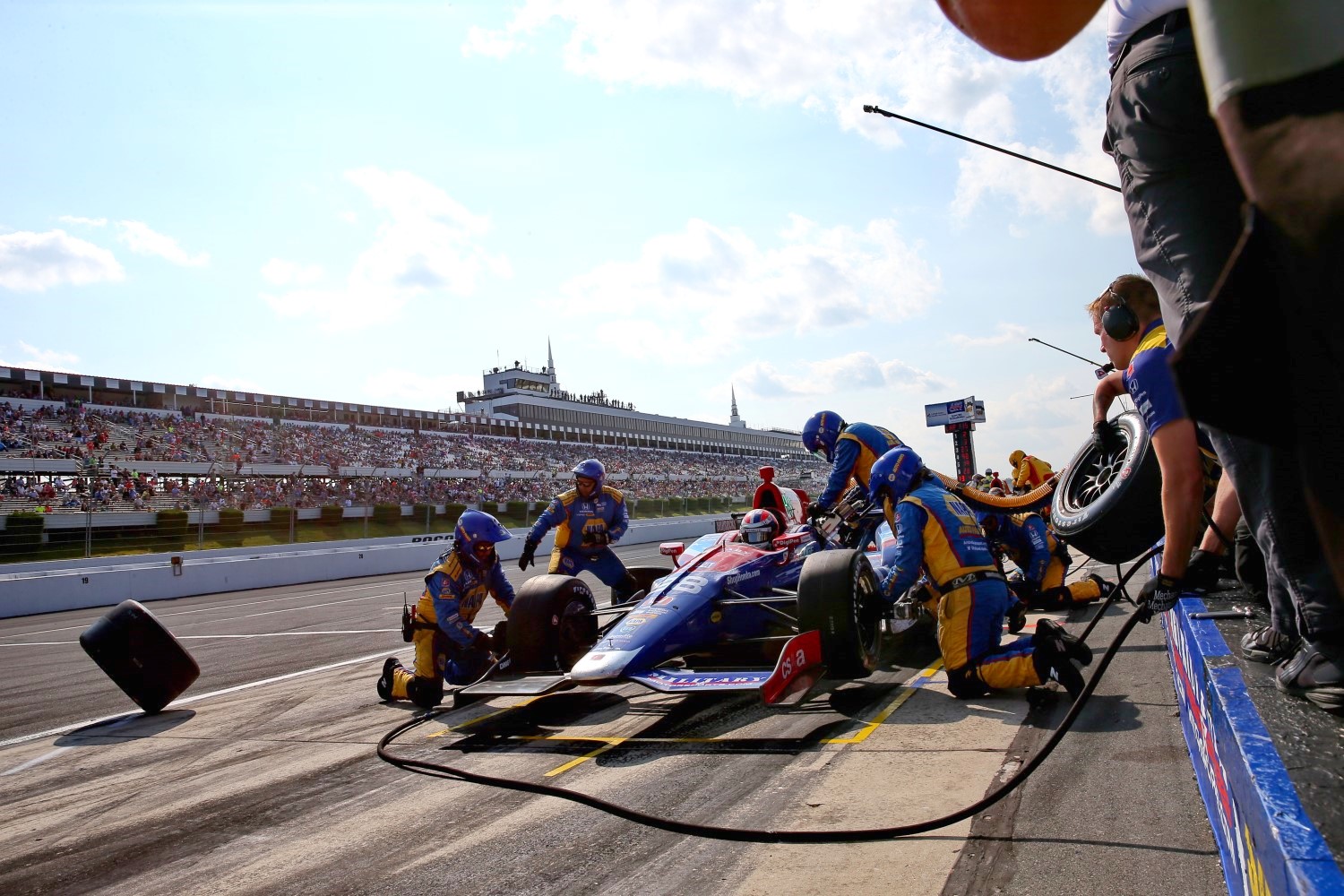 LONG POND — Unlike the three Mondays last summer when he was preparing to host races postponed from the day before, Pocono Raceway CEO Nick Igdalsky spent this Monday morning basking in the glow of a successful summer at the Monroe County track.

Three major races went off without a rain delay or postponement and seemingly without any other glitches.

Igdalsky, who took over his new role from his brother Brandon last month, along with new president Ben May and the rest of the Pocono staff are already thinking about 2018, which will see the return of NASCAR and IndyCar and perhaps much more.

“We had a terrific summer and saw tremendous growth with all three of our national touring events," Igdalsky said. “Part of that can be attributed to the weather, but we’ve had good weather before in 2014 and 2015. That’s not the correlation here. We feel it’s more of a correlation to the direction in marketing and advertising and over-delivering the fan experience.

“We’re trying to give the utmost value and experience for everybody’s hard-earned entertainment dollar."

Igdalsky said that people coming to Pocono this past weekend got more than just practice runs, qualifying and a 500-mile IndyCar race.

‘"You had four divisions of racing going on throughout the weekend," he said. “You had USAC quarter-midgets running an event behind the grandstands. You had the TQ midgets setting up temporary short track event. You had vintage cars and well over 300 classic racing and sports cars on display in our paddock area and on top of that the Formula V’s were doing laps on our road course. There were quite a few things going on here."

And there was extra value for IndyCar fans who got to purchase tickets that allowed them open access to the garages in addition to the paddock and the pits.

Igdalsky has made it clear that it’s all about the fan experience and more improvements are coming between now and the first NASCAR Monster Energy Cup race next year, which is set for the weekend of June 2-3.

The second NASCAR will follow July 28-29. IndyCar will release its 2018 schedule later, but the Pocono race will likely be in the same August spot.

When those races are held he said fans can expect several improvements, including the installation of Wi-Fi which will be important to fans staying for the weekend on the infield or those just wanting to connect with their devices during one-day visits.

“I have two little kids and the kids want to be able to watch stuff on their Kindles, but without Wi-Fi, Kindle is not effective," Igdalsky said. “If I was coming to the race, I’d be looking for ways to keep my kids occupied for a little bit of time here and there when mom and dad need a break. “

Another improvement will be a new public address system.

He wouldn’t reveal a third major improvement that’s coming, saying it hasn’t been officially approved yet.

However, he offered a significant hint about it.

The way he looks at it, Pocono Raceway is not just a race track, it’s an entertainment facility. A variety of diverse events are held beyond the three major race weekends.

A “Warrior Dash" event is coming up this weekend that will feature 10,000 participants and a Chinese lantern festival is coming Sept. 9-10 that will bring 30,000 people to the track over two days.

“Our bread and butter is motor sports, but by no means are we just a motor sports facility," Igdalsky said. “We consider ourselves an entertainment destination. This property lends itself to any event. We’re still entertaining offers to do air shows and music festivals."

No matter what event is held at Pocono, people attending should figure on being able to get in and out relatively quickly. Igdalsky said track patterns were back to normal in less than an hour after the end of Sunday’s race.

“We’re setting records on time spent on traffic getting in and out of the track," Igdalsky said. “It still takes time to improve the infrastructure of the roads around here and PennDOT has a plan in place to have additional lanes of traffic coming in and out.

“We know everybody wants to get home after an event in timely fashion. I know that from being a Philly sports fan and going to games and getting stuck in traffic. I get frustrated, too. We’re doing everything in our power to improve the time and if we do that, we can hold even bigger events here." Keith Groller/Morning Call