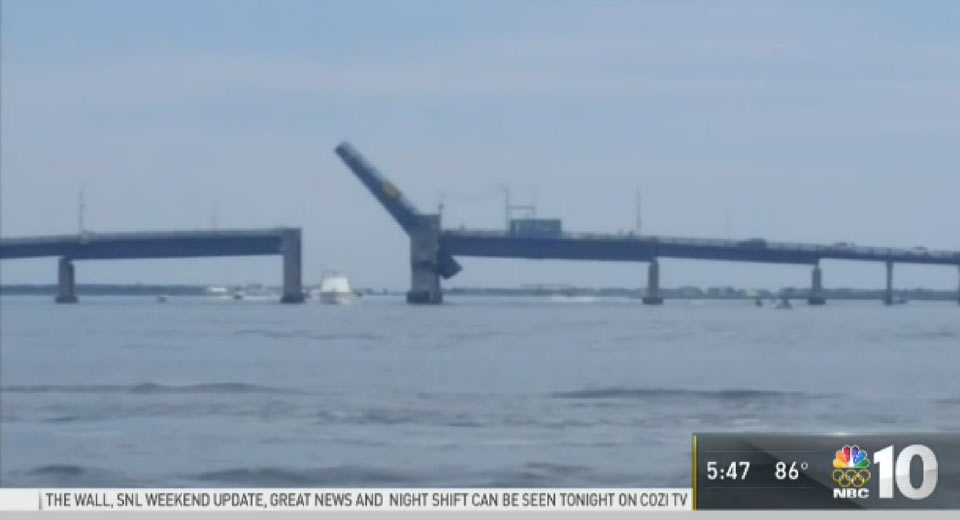 A family in the U.S. had a lucky escape on August 1 after jumping a drawbridge at the New Jersey Shore town of Cape May.

It may be hard to believe but speaking to NBC Philadelphia, Toyota RAV4 driver Terence Naphys says he was driving across the bridge when it suddenly started to open, rising to between three and six feet.

Fearing that his car could flip into the water if it were to roll down the opening bridge, Naphys did what any hero would do and planted his foot on the accelerator, sending the SUV onto the other side of the bridge, out of harm’s way and the 65 foot drop to the water below.

Authorities say a commercial fishing vessel was trying to pass under the bridge at the time and that its radio communication wasn’t working. Consequently, the bridge operator pressed the button to open the bridge but blinded by the sun, didn’t notice Naphys’ car still making its way across.

It is reported that the jump was significant enough to cause $10,000 worth of damage to the subframe and suspension components of the RAV4.