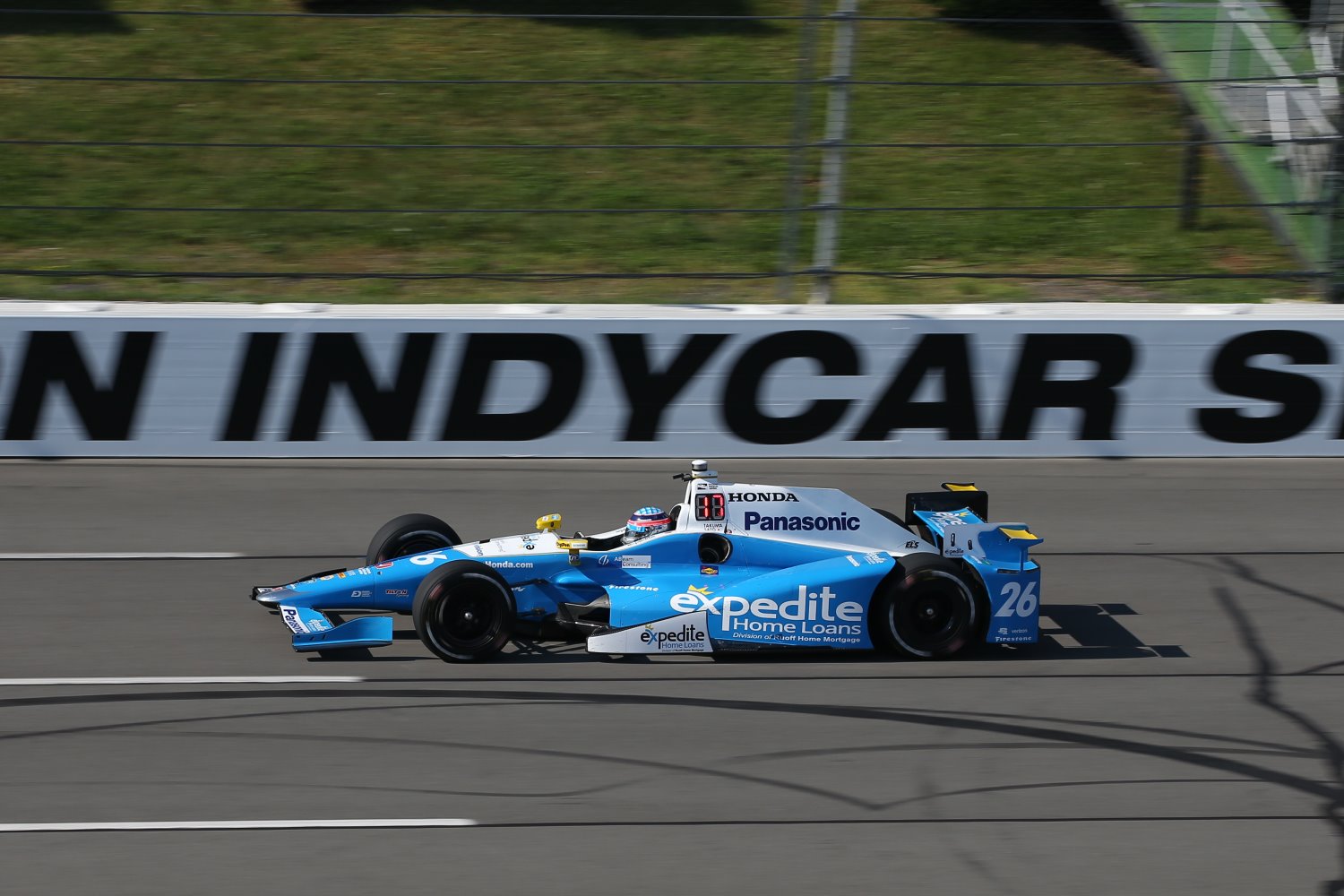 UPDATE I ran into Ryan Hunter-Reay this morning on his way over to the medical center to see if the IndyCar doctors clear him to drive. He told me he hopes so as he feels well enough to drive. His crew is doing their normal race morning final touches on the car as if someone is going to drive it today. We hear one driver the team contacted about a possible replacement if Hunter-Reay is not cleared was Matt Brabham but we have not seen him at the track yet this morning, and that is not confirmed by the team.

08/20/17 Another perfect day has dawned here in the Pocono Mountains of Pennsylvania – cool, sunny skies and a forecast high of 77 degrees F. A decent crowd is expected today and the weather should help. There is some concern about the future of this race if attendance is not good today. There is not much entertainment for the fans at these oval race – lots of dead time with nothing going on. Today is no exception. Where none of the IndyCar ladder series are running this weekend is a baffling.

After two near sellout NASCAR Monster Cup races in June and late July at the track, there has been some question whether this market could support a third big race in a span of about 10 weeks. The camper crowd last night was 1/10th the size of the NASCAR camper crowd. Decent for an IndyCar race but not what it could be.

If this was a NASCAR race the IndyCar timing and scoring computers would have put local Marco Andretti on pole to sell more tickets, but this is not NASCAR and those 'miracles from God' just never seem to happen.

On Saturday Takuma Sato saved the best for last and captured the pole position for today’s ABC Supply 500 by knocking Penske Chevy driver Simon Pagenaud off the top spot that he held.

The 40-year-old from Japan was the final driver to make a qualifying attempt. His two-lap average of 219.639 mph in the No. 26 Andretti Autosport Honda bumped Pagenaud (219.395 mph) from the top spot and gave Sato his seventh career pole and second of the season. The other came in the second race of the Detroit doubleheader.

Sato was the winner of this year’s Indianapolis 500.

Before Sato's run we overheard teammate Alexander Rossi telling Sato to not focus much on Turn 3 – where Hunter-Reay had crashed – and concentrate on how he was going to manage Turn 1 where Rossi almost crashed on his run.

“That was what I was going to do anyway," Sato said. “But it was a comfort to have that reassurance."

The fearless Sato seized the second pole of the year – and the seventh of his IndyCar career – thanks in large part to some selfless teamwork.

“It’s so nice to have teammates like that," Sato said. "I appreciate what Alex did there. I appreciated his support in that situation."

According to Sato, Rossi was probably just paying it forward. Sato said he delivered similar advice to Rossi on the first day of qualifying for the Indianapolis 500. He explained that this type of kindness isn't that rare around the Andretti garage

“It’s one of the strengths of Andretti Autosport," said Sato. "We are always working extremely close together, and you can see it."

No word yet on whether Ryan Hunter-Reay will be cleared to drive today. The veteran Hunter-Reay, not prone to mistakes, lost control of his car coming around Turn 3, spun, and slammed left-side first into the outside wall before careening across the track and slamming into the inside wall with the left side of the car – a double hit to Hunter-Reay's left hip. We hear he has full movement of the leg but is very very sore.

When we get an official word we will pass it along.