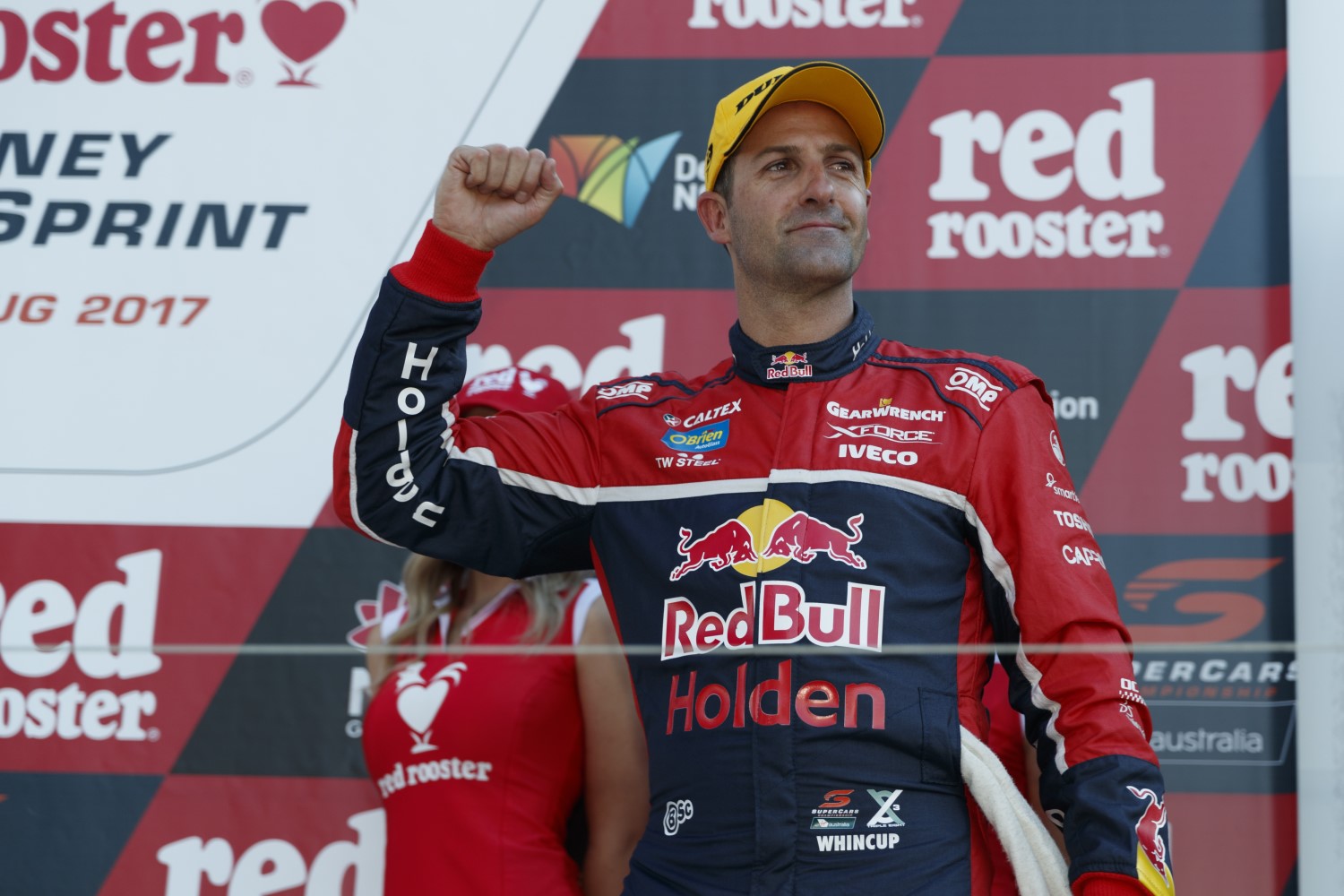 Whincup dominated a race of strategy ahead of a ferocious battle pack looking to fill the minor placings to register 106 race wins, now one ahead of his long-time team-mate Craig Lowndes.

“The only problem is Lowndsey will out-drive me, he will be around for another ten years at least," Whincup said. “I am not getting too excited by the numbers but it was certainly good to get a win."

It became a game of cat and mouse as Whincup held on desperately in the last 10 laps with the Shell V-Power racers making up big ground lap by lap. Only Van Gisbergen came between them as they struggled to get past as Whincup sat out in front.

“I knew it was going to be a good battle at the end but thanks to my team-mate, we look after each other at Red Bull. I thought if Fabs and Chaz got through earlier it would have been on so I put my head down and pushed hard. It’s a good feeling heading into the big season of endurance."

Sengled Racing’s Rick Kelly sparked a safety car when a right rear tyre exploded on the front straight, literally ripping the rear end from his Nissan Altima at 250km/h which dictated the race.

The safety car triggered a reshuffle and gave Whincup the lead based on his earlier pit stop. Whincup did not pit on the safety car and pressed on as the majority of the field stopped.

Whincup was second behind Van Gisbergen after the Kiwis second stop. Coulthard and Chaz Mostert had better tires to plough through the field and into the mix in the closing laps.

“I let Jamie go, he was much quicker but I definitely wasn’t letting Scotty go," Van Gisbergen said.

“I was slowing up every corner to get a good exit so they couldn’t get me at the next one. I got my bumper beat up a few times but we got there in the end."

Earlier, McLaughlin immediately made amends for his error in yesterday’s first race with another dominant qualifying performance. Coulthard and Chaz Mostert had better tires to plow through the field and into the mix in the closing Positions with his thirteenth award and seventh in a row.

McLaughlin and Van Gisbergen were handed further penalties for their roles in the incidents from yesterday, both ultimately receiving pit lane penalties with 33 seconds added to their race times.