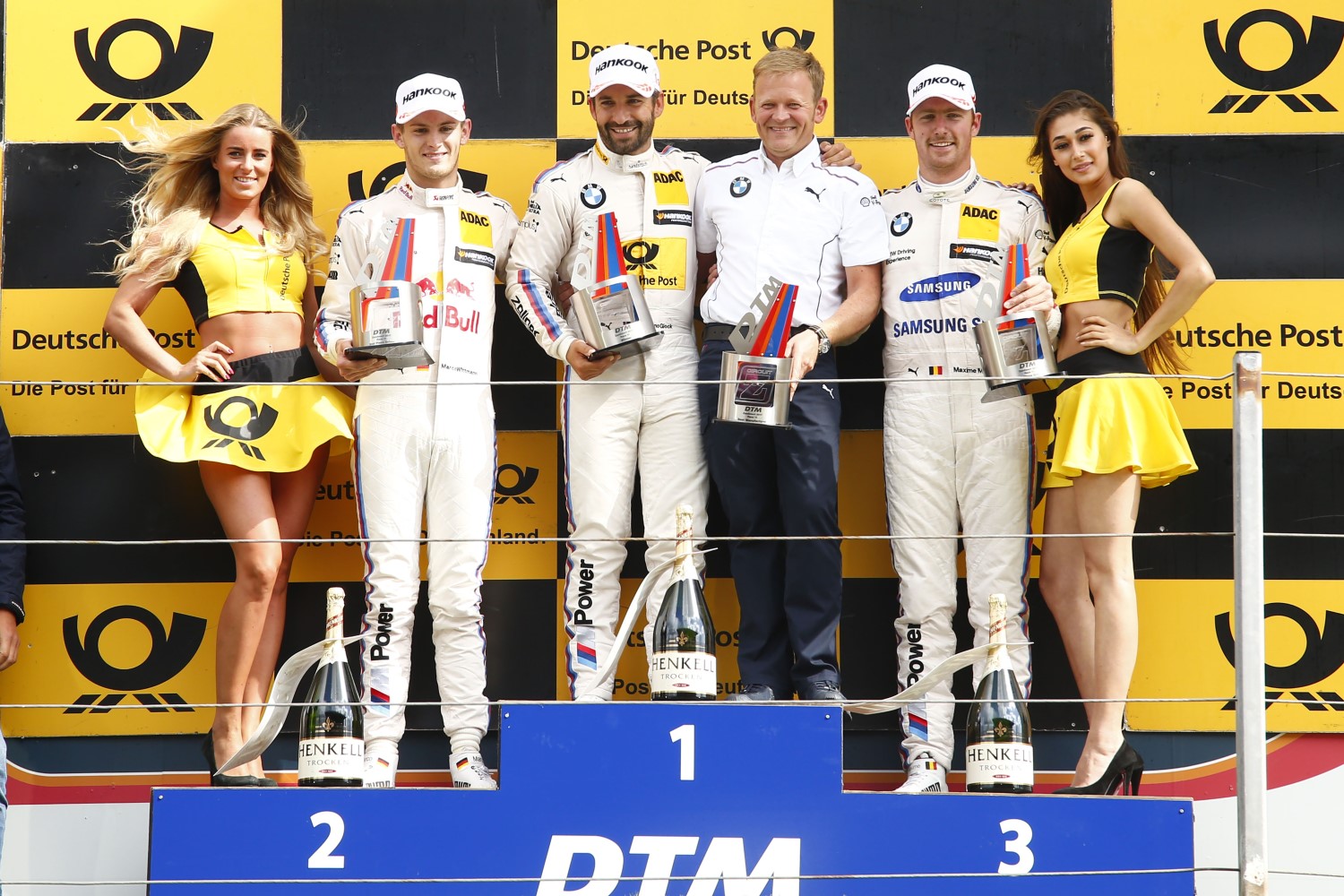 Timo Glock has scored his first win of the season at Zandvoort in The Netherlands. At the 4.307 kilometers long circuit in the dunes, the 35-year-old scored a dominant win after 37 laps from his fellow BMW drivers Marco Wittmann and Maxime Martin. For ex-Formula 1 driver Glock, it is his fourth DTM race win in his 67th race. “Three BMWs up front, a dream," Glock said about the race result. Fourth and fifth place went to Audi drivers Mike Rockenfeller and Jamie Green. Paul Di Resta was the best-placed Mercedes-AMG driver in seventh. For Rene Rast, ninth place was enough to take the lead in the DTM drivers’ standings from his fellow Audi driver Mattias Ekstrom.

What looked like an undisputed lights-to-flag victory for Glock, who had started from pole position, was hard work behind the wheel: “My left front tyre was at the limit very fast. It felt strange and I was really worried whether the tyre would last throughout the distance. But eventually, everything went well and I am very happy with the result."

Rene Rast can also be more or less happy. The Audi driver only scored two points for his ninth-place finish, but that was enough to move ahead of Mattias Ekstrom in the drivers’ standings with an advantage of one point. The Swede, who had started the race from tenth place on the grid, lost his chances of scoring a good result by himself as he slid into the gravel trap with cold tires after his pit stop and also spun on the same lap. Thus, he was no longer able to score points. Lucas Auer didn’t score any points either. After 16th place in qualifying, Auer collided with Nico Muller in the race. The Austrian was able to continue his race, but 15th place was all he managed.

In the DTM drivers’ standings, the first eight drivers are closer together after the race at Zandvoort on Saturday: points’ leader Rast (114 points) and Mike Rockenfeller (85 points) in eighth place are separated by only 29 points. Behind Rast, Ekstrom is second with 113 points ahead of Lucas Auer (99 points) and Timo Glock (98 points).

The second race of the Zandvoort weekend starts on Sunday at 15.15 hrs. Live broadcast on the first German TV channel ARD starts at 15.00 hrs. Qualifying gets underway at 12.00 hrs.