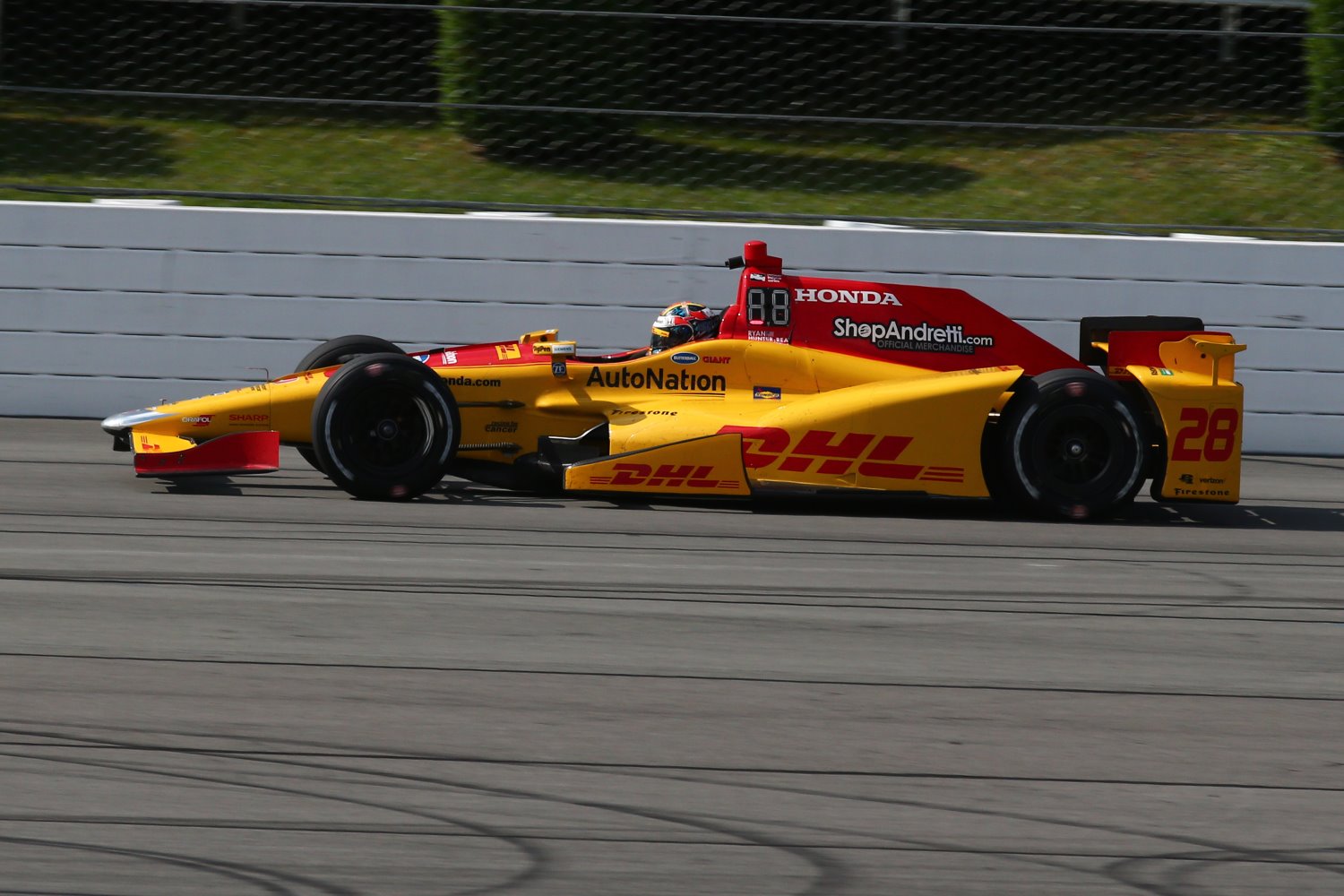 UPDATE OFFICIAL MEDICAL UPDATE: Verizon IndyCar Series driver Ryan Hunter-Reay was evaluated at Lehigh Valley Hospital – Cedar Crest in Allentown, Pennsylvania, on Saturday for injuries to his left knee and hip during a crash in qualifying for the ABC Supply 500 at Pocono Raceway. Hunter-Reay was treated and released but has not been cleared to drive, pending a re-evaluation Sunday morning.

Ryan Hunter-Reay No. 28 DHL Honda
"During qualifying today, out of nowhere, the car stepped out on me. It was a bit of a wiggle, which I caught. The second time it happened, it came with no warning – which is a bit confusing. I hit my hip pretty bad as well as my knee, so the doctors thought it would be best to go in for further evaluation. After a CT scan and MRI, I am able to go and get a good night’s sleep. I'm sure I'll wake up sore, but will hopefully be able to get back in the DHL machine tomorrow.

"I know the entire Andretti Autosport team worked hard to get the car put back together and with 500 miles, there is still a chance to win from the back of the field. I can’t thank the Holmatro Safety Team enough for their quick response along with the medical staff at INDYCAR, Pocono and Lehigh Valley Hospital – Cedar Crest. Also thank you to the fans for reaching out with their support."

Hunter-Reay has been released from the Lehigh Valley hospital in Allentown but they are waiting for results of an MRI to see if there are any internal injuries. He is not yet cleared to drive Sunday.

08/19/17 AR1.com has learned that indeed it was Hunter-Reay's hip and they are doing precautionary x-rays to make certain he does not have a hairline fracture. We still do not know whether he will be cleared to drive, but assuming he has no fracture we assume he will drive.

Crew members from all four Andretti cars are working feverishly to get his car repaired.

08/19/17 Ryan Hunter-Reay crashed hard in Turn 3 in qualifying for the ABC Supply Indy 500 at Pocono today. It took a long time getting him out of the car and he was not able to put full weight on his left leg.

The following statement was recently announced in the Pocono Raceway media center.

AR1 sources say he was complaining of hip pain.