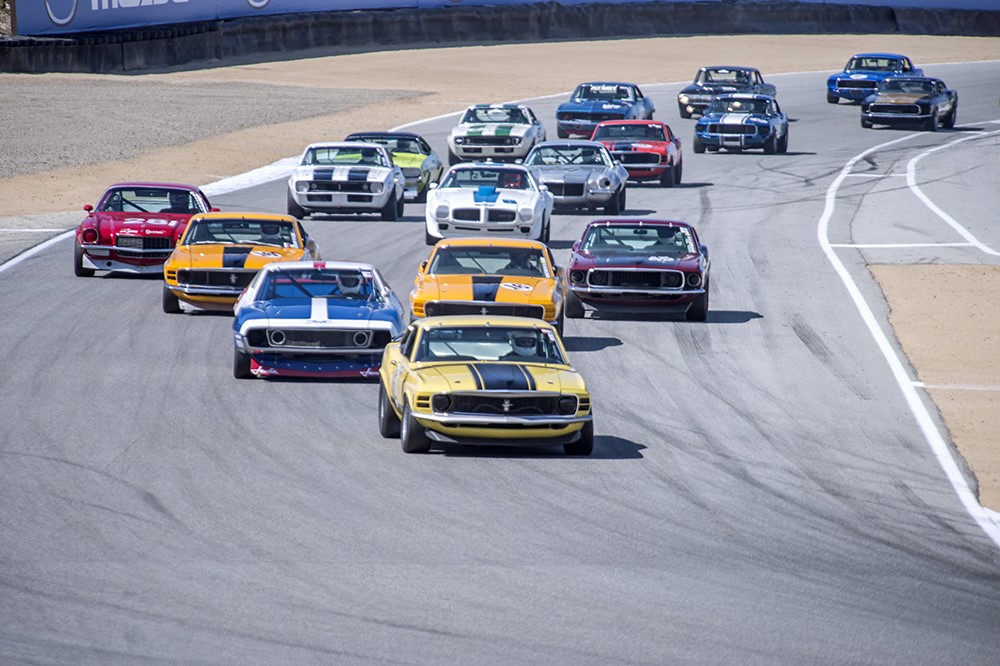 LONG BEACH, Calif. – Next April 13-14, Toyota Grand Prix of Long Beach fans will get a look at the American muscle car power that defined the golden age of Trans Am racing, when the historic machines race for the first time on the world-famous race course in the Historic Trans Am Challenge.

The 20-minute race will run Saturday, April 14, with practice and qualifying on Friday.

Trans Am, short for the Trans-American Championship, is a racing series that started in 1966 and runs to this day at tracks across the U.S. The cars that will run in the Historic Trans Am Challenge will be from the series’ original era, 1966-72. At that time, the series featured high-horsepower cars such as Ford Mustangs, Chevrolet Camaros, AMC Javelins, Pontiac Firebirds and more with a list of well-known drivers that included A.J. Foyt, Jim Hall, Dan Gurney, Mark Donohue, John Morton, Parnelli Jones and George Follmer, among others.

“It’s exciting," said Jones of the Historic Trans Am cars coming to Long Beach. “Back then, the competition was so keen, between the drivers, car manufacturers and even the tire manufacturers." Jones would have been the 1970 Trans Am champion had there been a drivers’ championship at that time.

The historic event at Long Beach will be sanctioned by the Historic Motor Sports Association (HMSA).

“The invention of the ‘Pony Car’ with the introduction of the Ford Mustang in 1964, high performance marketing and the need to win on Sunday and sell on Monday all came together in the Trans-American Championship," said Cris Vandagriff, president of the HMSA. “There were more factory teams competing in Trans Am than in NASCAR. Ford, Chevrolet, American Motors, Plymouth, Pontiac and Dodge all slugged it out on the track. Back in the late 60’s and early 70’s L.A. was the capitol of car culture in the U.S., what better place to showcase that era than the Toyota Grand Prix of Long Beach with the Historic Trans Am."

“It will be great to introduce these fabulous racing machines to our fans on the streets of Long Beach for the first time," said Jim Michaelian, president and CEO of the Grand Prix Association of Long Beach. “I’m sure it will be a memorable experience for everyone."

Featuring a wide variety of on- and off-track activities for the entire family, the Grand Prix will be headlined by a round of the 2018 Verizon IndyCar Series, as well as the IMSA WeatherTech SportsCar Championship, Motegi Racing Super Drift Challenge on Friday and Saturday nights; SPEED Energy Stadium Super Trucks, and the Pirelli World Challenge.

Ticket sales to the public will commence on Oct. 23, with prices for the three-day event ranging from $33 for a Friday General Admission ticket to $147 for a three-day ticket that includes Saturday and Sunday reserved seating in grandstand upper levels. Pre-paid parking packages are also available, along with handicapped seating, Verizon IndyCar Series Paddock access passes, Super Photo tickets and an array of VIP Club packages.

The Historic Motor Sports Association (HMSA) is one of the most respected historic racing organizations in North America, producing world-class spectator events across the continent. HMSA is the sanctioning body for the world famous Rolex Monterey Motorsports Reunion, le Sommet des Legendes at Mont-Tremblant and the Barber Historics. HMSA emphasizes the preservation and proper use of world-class historic racecars at all of its events. For more information, please visit www.hmsausa.com.