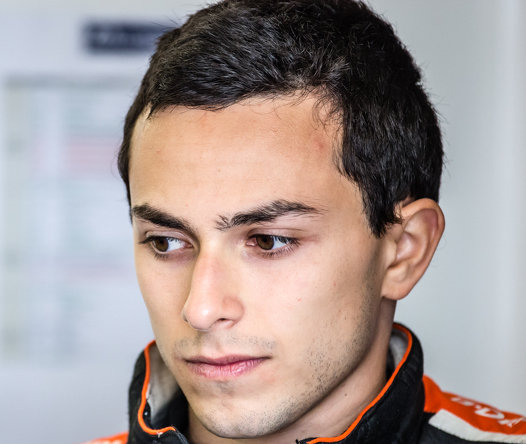 As he completes his first full season with Tequila Patron ESM in the IMSA WeatherTech SportsCar Championship, Luis Felipe "Pipo" Derani has officially signed the contract to return with the prototype team for the 2018 season.

"We are super excited to announce that Pipo will be back for a third year with Tequila Patron ESM next season," said Team Owner Scott Sharp. "On and off the track, Pipo has been exemplary and become part of the ESM family as he shows his talent again and again! We are working hard on all fronts for our 2018 program and Pipo will spearhead that attack!"

"I am really happy to confirm I will continue to race for Tequila Patron ESM next season in what I am sure it will be a super competitive IMSA WeatherTech championship," said Derani. "All of us at Tequila Patron ESM share a big desire to win and this team spirit is the fuel we need to continue to perform at the highest level possible at every track we go."

Derani first joined Tequila Patron ESM for the 2016 Rolex 24 at Daytona, and became a key member in the team effort to take the overall win with Ed Brown, Scott Sharp, and Johannes van Overbeek. The group repeated the win at the following round, the Mobil 1 Twelve Hours of Sebring Fueled by "Fresh from Florida." A late race surge by Derani brought the young Brazilian additional notice, bringing the Tequila Patron ESM banner again to victory circle.

"Having a good car next year will not be enough to win races and the championship but with a strong human relationship I am sure we can fly high," said Derani. That's why I am delighted to continue working with ESM. We will continue to push the boundaries in what's left of this year's championship in order to make sure we are the most prepared team once we hit the track at Daytona."

The team's current contract with Nissan NISMO is set to continue through 2018, as a partnership between Tequila Patron ESM, Nissan NISMO, and Onroak Automotive. Derani is the first driver announcement of the four driver lineup, with the rest expected to be announced in the coming months.

"I would like to thank Scott and Ed for their trust, and the entire team for their tireless job this year in order to bring our Nissan DPi to victory lane after a difficult start to our season," concluded Derani. "I am sure this is just the beginning and I can't wait for 2018!