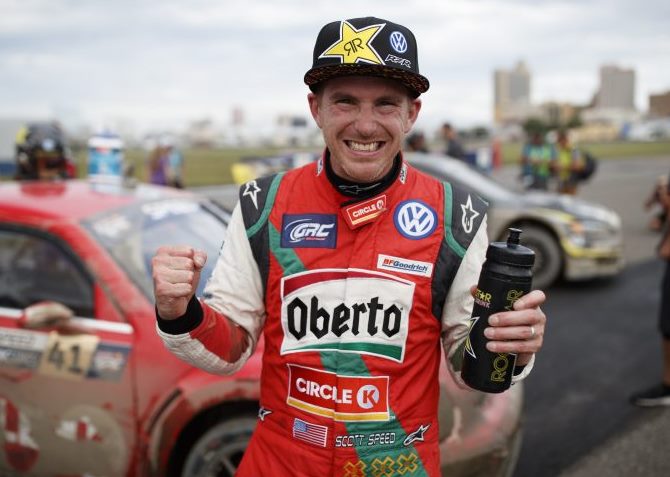 Scott Speed capped off a perfect day to claim his 15th Red Bull Global Rallycross (GRC) win and sweeping the weekend in Atlantic City in his No. 41 Oberto Circle K Beetle GRC. Speed started today's Final from pole, beating out Sebastian Eriksson and Steve Arpin who finished in second and third place, respectively.

The 34-year-old boasts one of the most diverse backgrounds in racing, including stints in IndyCar, Formula E, NASCAR and Formula 1, while marking his entry into GRC by winning VARX’s first event in Barbados in 2014.

"To be honest, that race was kind of Plan A," said Speed.

"That one went the way it hopefully does. The Circle K Oberto Volkswagen Andretti Rallycross Beetle is on rails, and it’s super fast. To be fair, these guys are catching up and it’s getting tight.

"I’m really looking forward to a really competitive last half of the season – we’re really going to have to be on our A game. Fortunately, we got some great points this weekend – it gives us the points lead and we’ve just got to hold on. We’re three for three – no complaints!"