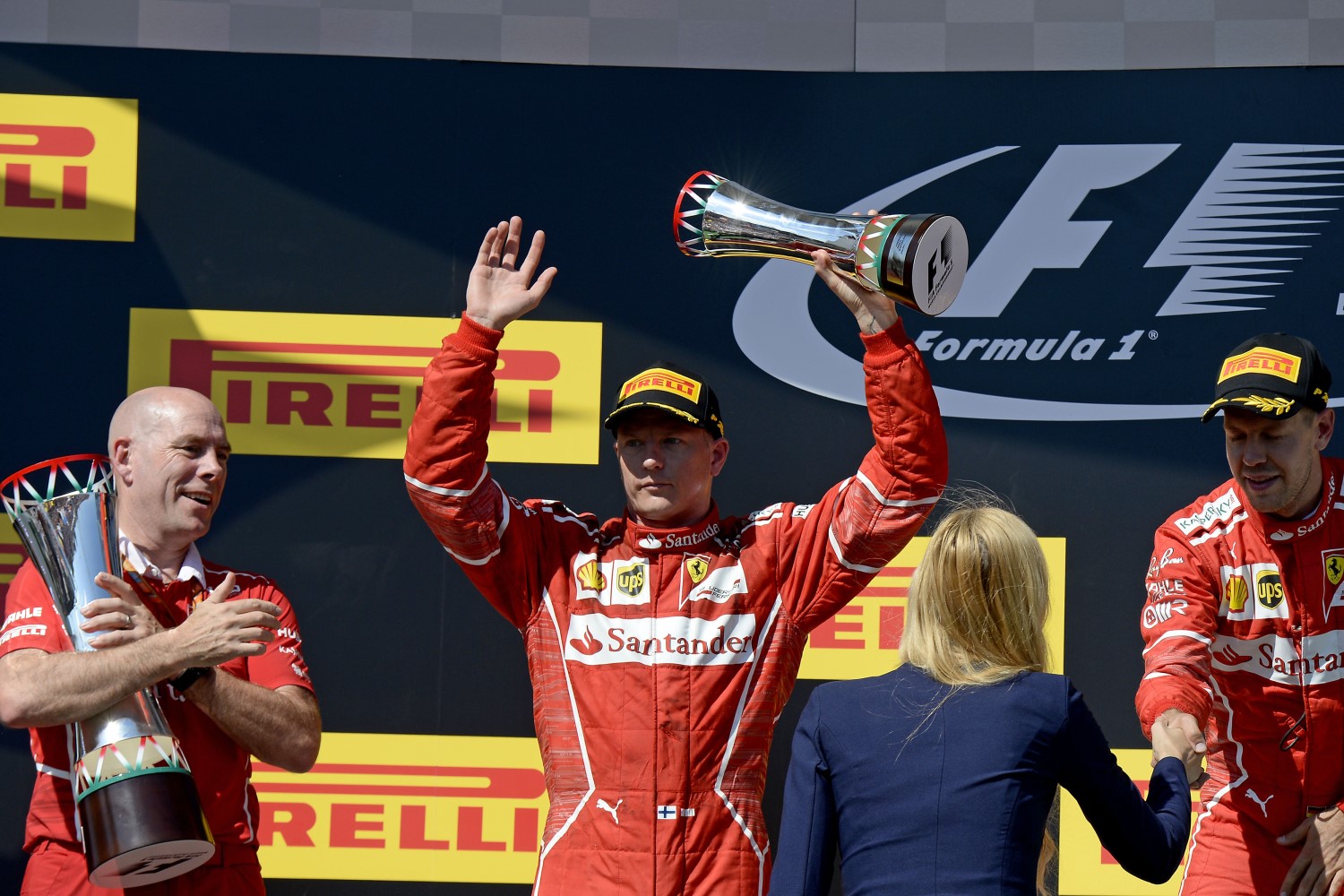 Kimi Raikkonen believes that Mercedes currently lead in the horsepower stakes, while Ferrari might have the better chassis for tight circuits, the veteran Finn suggests that the momentum between the two title contending teams will shift from race track to race track during the latter half of the season.

Raikkonen’s theory is backed up by the fact that Ferrari have finished one-two in Monaco and Hungary, two venues that favor chassis performance over horsepower. While Mercedes dominated in Montreal and Silverstone where horsepower matters.

In the wake of finishing second in Hungary, to Ferrari teammate and championship leader Sebastian Vettel, Raikkonen observed, “For sure there are some circuits that fit us better because there are areas that we have to improve – especially for qualifying. Mercedes has better horsepower, but it depends on so many things."

“Let’s have a holiday first and see what happens at Spa. Obviously if you look now, you would say it’s not going to be as easy for us as [Budapest] but we try to improve and we are going to do our best," added Raikkonen who lies fifth in the championship standings after 11 of 20 rounds.