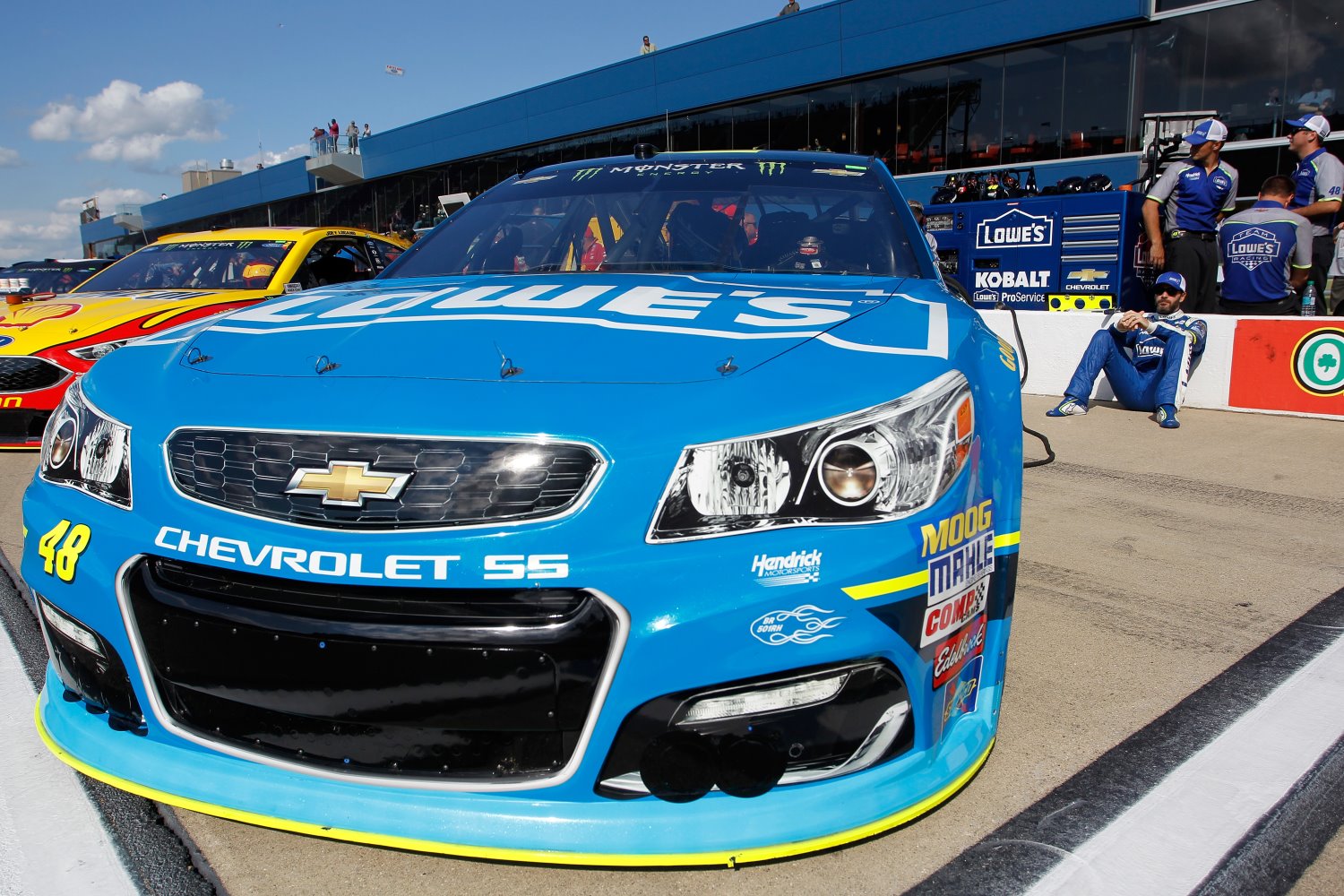 WHAT HAPPENED?
“Just lost it on corner entry getting into Turn 1. The first lap at speed and the thing just rotated around. The effort level is high and you’ve got to run in there committed. I did so and unfortunately the rear grip just wasn’t there in the car and around it came."

A LITTLE BIT DIFFERENT THAN WHAT HAPPENED IN JUNE, BUT WHAT IS IT ABOUT THIS PLACE THIS YEAR FOR YOU?
“You have to run so hard here that if the car slips it’s around and gone. I ran a half a second faster today in practice than I did in qualifying yesterday. So, with the grill open and tires on low pressure and all that, especially these morning sessions with overcast clouds you just run so hard that when something happens, it’s gone."

KASEY KAHNE, NO. 5 LIFTMASTER CHEVROLET SS – Involved in an on-track incident during the final practice session

WHAT HAPPENED?
“We actually up to that point I had never had any tendencies of loose there at all. It was kind of interesting, made a change, came back out and I was coming into (Turn) 1 I basically lost my right-rear and was spinning as I was getting into the corner just sideways. Saved it, but then I was just going too fast and I got up in the gray and it went up and ended up running into the wall. So, it was kind of out of nowhere. I was a bit surprised that happened. Our Liftmaster Chevrolet has been pretty close this morning and thought it was about the same the first run and then that happened on the second run."

SOMEWHAT SIMILAR TO WHAT HAPPENED TO YOUR TEAMMATE JIMMIE JOHNSON. YOU LOST IT EARLY IN THE CORNER AS WELL. HAS THE TRACK GONE THROUGH A BIG CHANGE?
“I don’t really think so. I would say it was probably what we did to the car, but just really surprising because what we did wasn’t a huge change, but yeah, it was basically my left-front was pulling in. It hadn’t been the whole time, it took my right-rear out and just lost it getting in. It just kind of came out of nowhere."