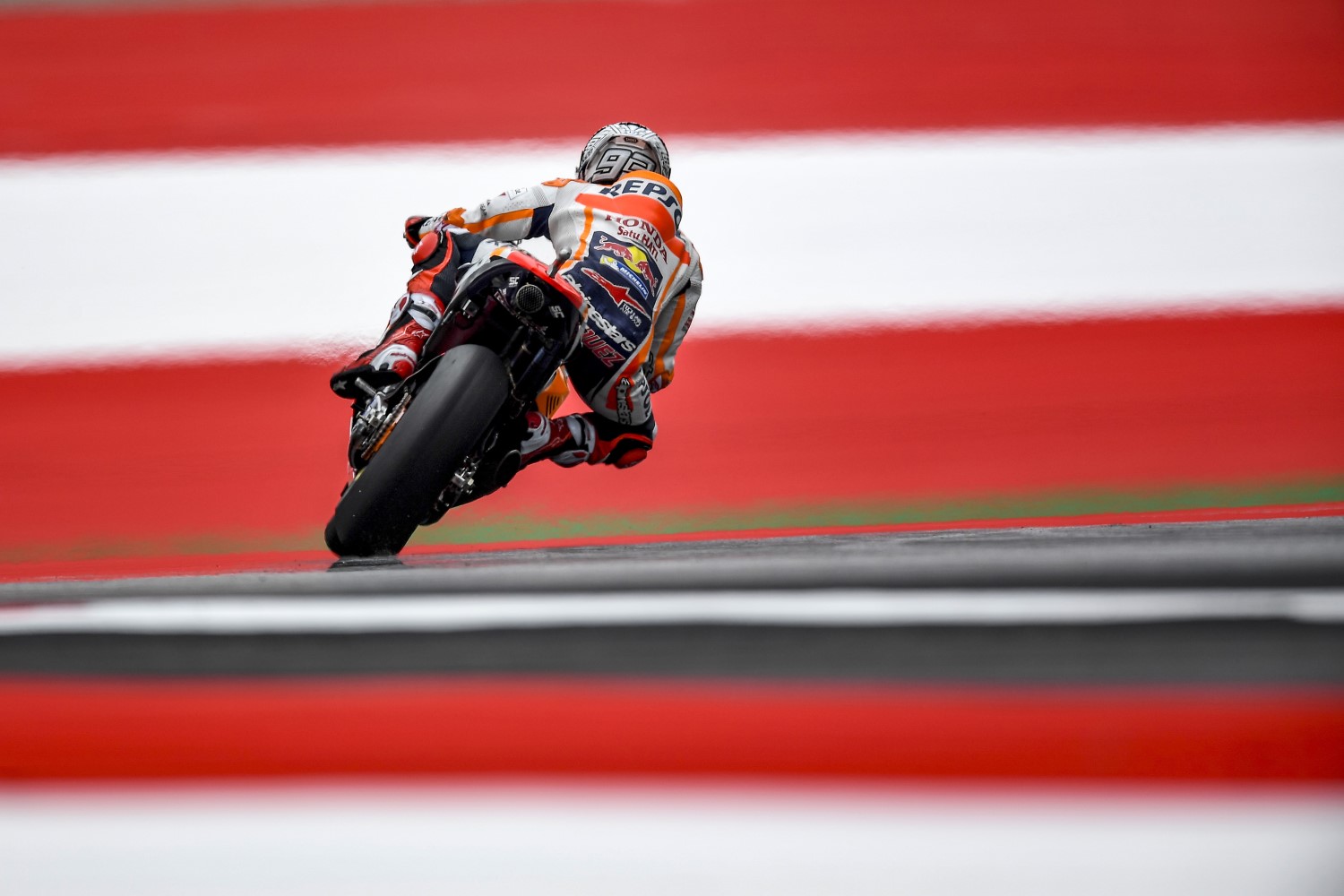 As riders made incremental gains at the short and fast venue, with half a second covering the top 10, Marquez romped clear with a time of 1:23.459, 0.423s clear of Tech 3's Johann Zarco.

Suzuki's Andrea Iannone hauled himself up the order to take third position, while Ducati's Jorge Lorenzo ensured four different manufacturers were represented in the top four.

Crutchlow had crashed through Turn 9 early in the session but was able to recover his damaged bike to the pit lane before resuming his programme.

Scott Redding completed the top 10 in the session but wound up 11th overall after Andrea Dovizioso's Friday time was sufficient for the Ducati rider to finish sixth in the combined classification.

As a result, Dovizioso – who placed a lowly 16th in the 45-minute session – will progress automatically into Q2, while Redding must participate in Q1.

The Briton's time was just 0.008s slower than that managed by compatriot Crutchlow in a congested midfield group, which included Repsol Honda's Dani Pedrosa, who must partake in Q1.

Aside from Crutchlow, KTM's Bradley Smith was the only other rider to crash during the session after he fell at Turn 1.