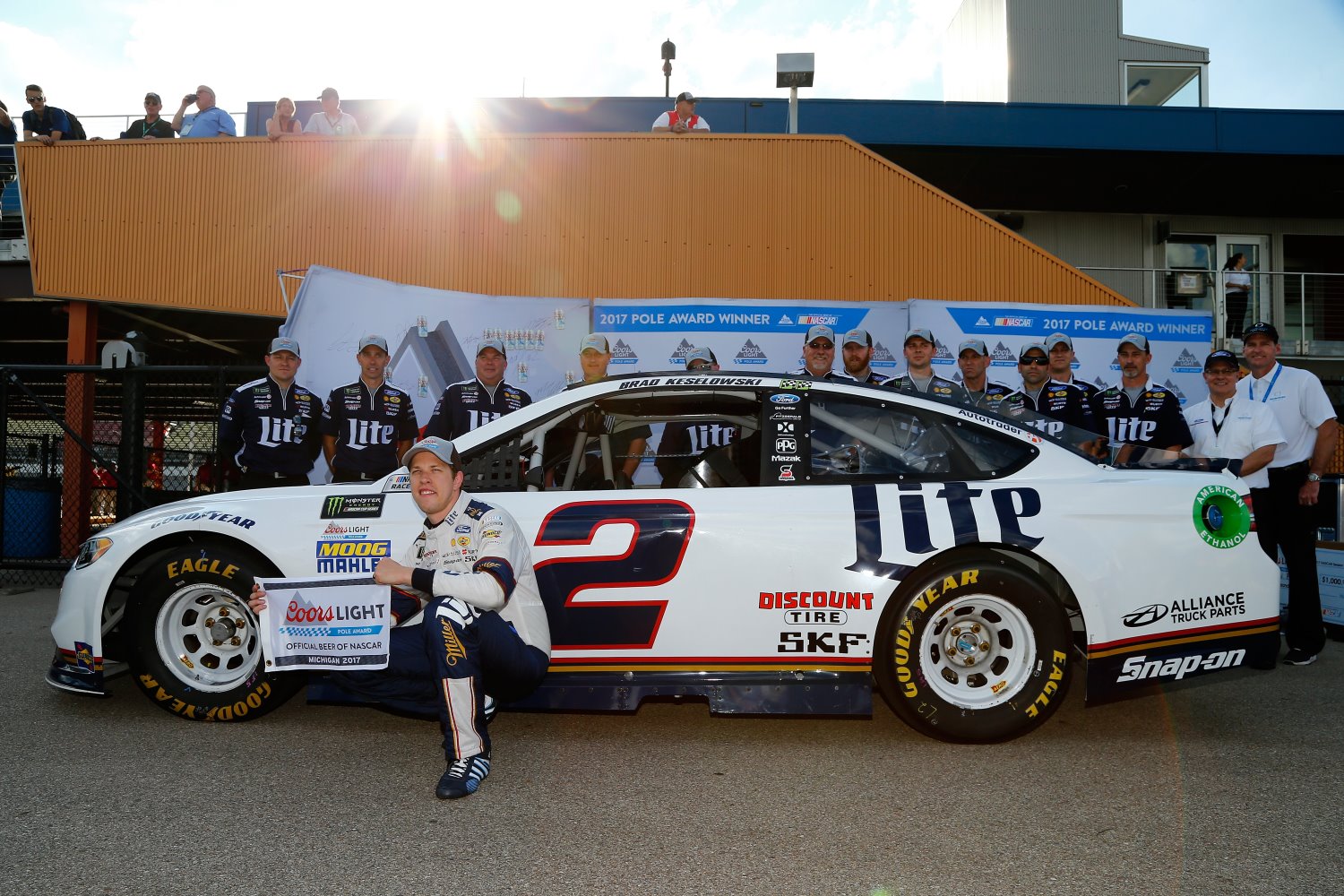 Brad Keselowski led a Penske 1-2 and Ford sweep of the top-3 in qualifying earlier today for Sunday's Pure Michigan 400. Kevin Harvick was third with Matt Kenseth the first Toyota in fourth. Chase Elliott posted the best Chevrolet effort rounding out the top-five.