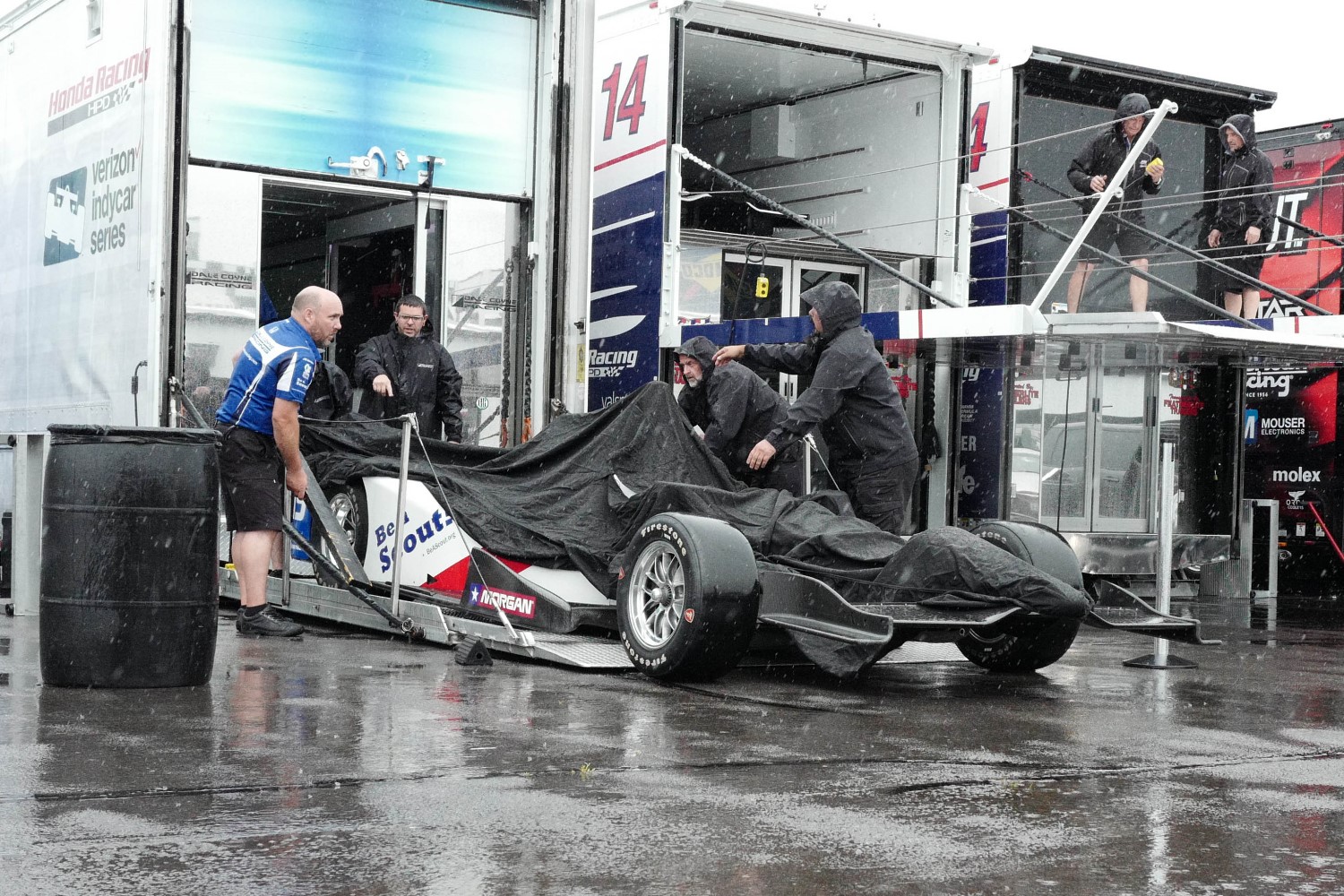 LONG POND — In one week, Pocono Raceway will welcome the nation and some of the world’s best open wheel racers when the Verizon IndyCar Series gets set to run the ABC Supply 500.

Long before NASCAR ruled at the Tricky Triangle, it was IndyCar that shined between 1971-89. The Series returned in 2013 and it’s been a perfect match since as the track was originally built for Indy cars and so much of the history of Pocono is centered on the open-wheelers.

Much of that heyday of the track and open-wheel racing in general will be a major part to the weekend as the “Vintage Celebration at Pocono Raceway" will bring history alive with an amazing display of restored Indy cars presented by Classic Racing Times (CRT).

Gary Mondschein, CRT editor, is spearheading the vintage event. He is one of the hardest working motorsports promoters in the business and goes all out for his shows, and Pocono is something that is close to his heart since he has attended races there since the track opened. He even raced in a midget car on Pocono’s defunct Â¾-mile oval.

Mondschein first brought the vintage cars to Pocono in 2013. Only 13 were present then, yet the response was very positive. In 2014, the number of entries nearly doubled with 24 cars. In 2015, scheduling logistics limited the number of cars to just a few, but Mondschein & Co. put on a show for the ages last year with 49 immaculately restored race cars. In addition, 77 were on hand for the Sun and Show car show, which featured a variety of all types of race cars, both old and new.

understatement and likewise a hard act to follow. But knowing the unrelenting determination of Mondschein and the support from Pocono CEO Nick Igdalsky, the 2017 edition of the Vintage Celebration at Pocono Raceway is geared to be bigger yet.

This year’s meet has been expanded to not just the exhibit of restored Indy cars. There also will be activities on both the infield road course and 2.5-mile oval and, for the first time since 1991, racing will take place on the front straight.

A one-fifth-mile oval will be in place for three-quarter midgets, both contemporary and vintage. Plus the Sun and Show car show is expected to draw record cars for display.

“It’s phenomenal and it really gives all of our guests something more to see and experience. Just like we do with all of our other events, we’re trying to give as much value for everyone’s hard-earned dollars as we can," Igdalsky said.

“The hard work that Gary (Mondschein) and the Classic Racing Times have put in — it blows me away with the passion they have for these cars and the drivers of yesteryear and trying to keep those memories alive,’’ Igdalsky added. “It’s turned into the second largest vintage oval event in the country only behind Indianapolis. So that’s amazing what he’s done in just a few short years and there are plans to make it even bigger."

Of the many restored cars that will be on hand, a real eye-catcher will be the 1971 Dave Laycock built Gene White Turbo Ford originally run by NASCAR legend Cale Yarborough.

Yarborough qualified 14th for the 1971 Indianapolis 500 in the car, but he was forced out by an oil leak after 140 laps. He was 16th at the finish. Just as important, this car qualified and ran in the inaugural Pocono 500 that same year with Yarborough once again at the wheel.

Currently owned by Plainfield, Indiana’s Brad Edwards, the car is a representation of true change in IndyCar racing as it highlights the inception of the aero package. Expertly restored by Walter Goodwin with input from John Darlington, Edwards will be taking the first on-track laps in the patriotic No. 21.

“This will be the first time on track since 1971. This will be its maiden voyage as a restored car," Mondschein said. “There will be several cars that no one has seen in almost 50 years and that’s one of them.

“You will see several cars from last year, however, there will be other cars coming in like that of the Yarborough car. We’re expecting at least 14 rear-engine cars, 16 roadsters and between 10-15 Champ cars. So it will be a really cool group."

The rest of the cars range from the 1930s through the 1980s. Among the group will be the 1962 A.J. Watson Wilke Leader Card Special roadster that Lun Sutton drove to a runner-up finish at Indy. All cars will get ample track time, including a three-abreast parade lap prior to the ABC Supply 500 on Sunday, Aug. 20.

“You don’t want to call this a support series, but rather added value. It’s just tremendous to have this type of group come in and it fits perfectly with IndyCar," Igdalsky said.

“You know you got something right when the guys in the IndyCar garage are stopping in the garage next door and their heads are starting to turn when they hear those old motors fire up and they see the old cars detailed to the T, exactly as it was when they were on track back in the ’60s or ’70s or ’80s."

The Challenge Cup Series, which are comprised of Formula Vees, will be running the infield road course. The Sun and Show car show brings together an array of race cars and motorcycles that showcase the great heritage of motorsports throughout the region. The three-quarter midget races will be held Friday, Aug. 18, and Saturday, Aug. 19, with a layout oval on pit exit.

“I worked harder on the Sun and Show car show this year than ever before. Our goal is for 200 cars and it will be an eclectic display of all types of racing vehicles," Mondschein said.

“Right now, we are the second largest vintage oval event in the country next to Indianapolis. And we are dynamic; we are non-stop everywhere you’re looking. This is going to be a jamboree of history everywhere you look."

Another plus for fans is that anyone with a pit pass will have access to all of the garages, both IndyCar and the vintage.

“We’re trying to build a world-class event at a world-class facility. We have people coming from New Zealand, Germany, France and England specifically for the vintage portion of this event. We’re known worldwide for this Pocono event right now," Mondschein said.

“It can only get better and better as we grow. There will be other great things to add as we look to the future. Our goal with this is to actually build a fan base with pure-of-heart racing people who understand and appreciate history." Dino Oberto/Standard Speaker