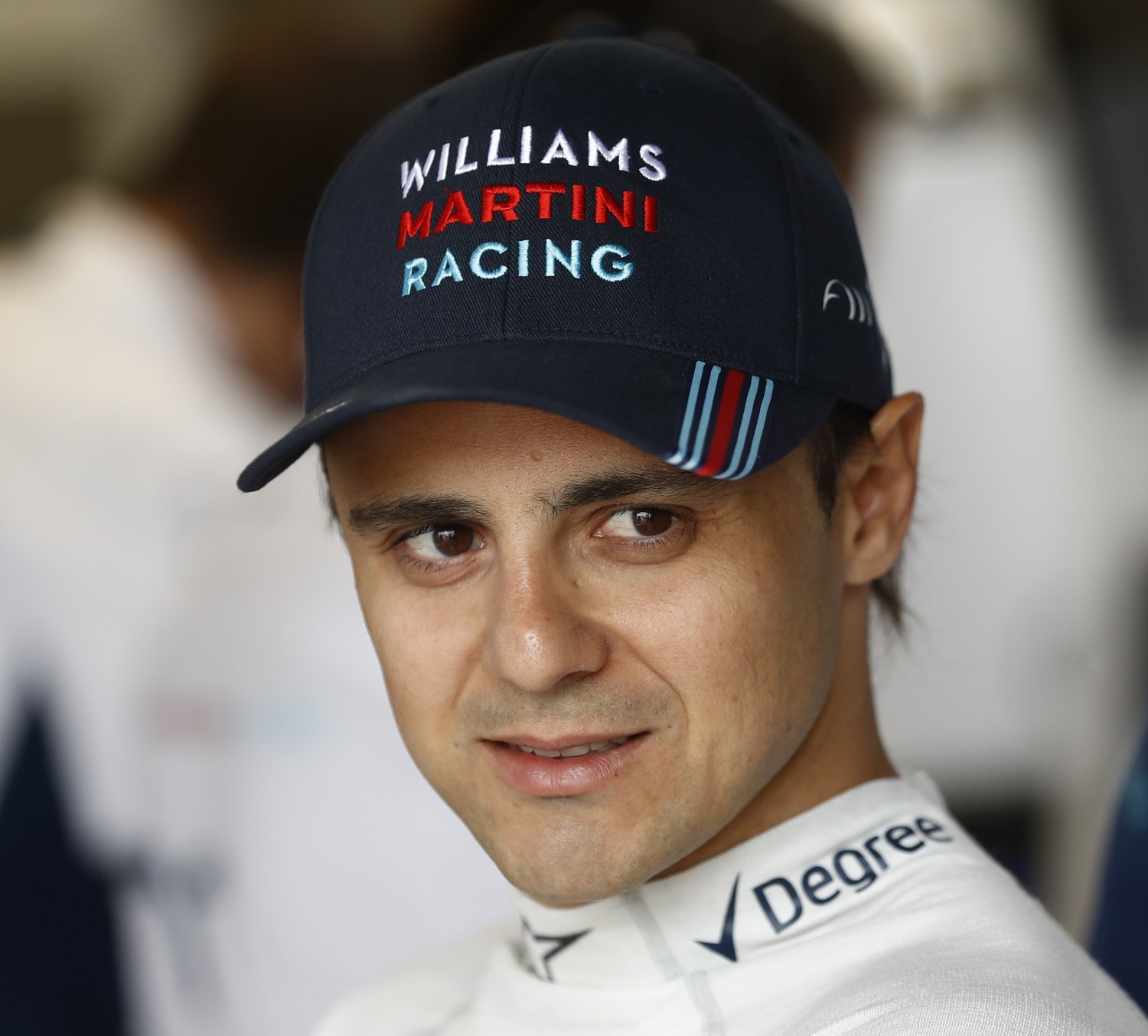 Massa recovers from Hungary illness
(GMM) Felipe Massa looks to be on track for his return to action after the August break.

The Brazilian veteran sat out the Hungarian grand prix recently with an illness that caused dizziness.

But already last weekend, the 36-year-old posted on Instagram a photo of himself out running with his trainer.

And now, as Massa holidays in his native Sao Paulo, he has revealed he has been lapping at speed on the kart track at Interlagos.

"Great feeling getting back on track!" he said. "I feel good."

(GMM) Yet another respected figure in the F1 paddock has backed Robert Kubica's return to F1.

Now, Schlosser works with Force India tester Nikita Mazepin, but it's former grand prix winner Kubica that he publicly backs to be capable of immediately racing in F1.

Kubica tested Renault's 2017 car in Hungary recently and Schlosser said he thinks the 32-year-old's permanently injured right arm should be no obstacle to his return.

"He still has very good muscles in his right arm — only the volume is not so great," he told Sport Bild.

Some have expressed surprise that Kubica is still able to drive well with such a visibly-damaged arm, but Schlosser is not among them.

"Nico (Rosberg), for example, always had a lot of tension in his wrists, so he had to train his arms heavily. But other drivers are lighter on the steering due to having a different driving technique.

"Nick Heidfeld was one of them, and probably also Kubica," Schlosser explained. "They never had to train as much as the others."

As for how Kubica can negotiate tight left hand corners now that his right arm is compromised, he answered: "Instead of pressing with the right, you can pull with the left. And depending on the technique, this can even be more efficient."

And so from the evidence seen so far, Schlosser thinks Kubica can return to F1.

"In Hungary, he ran a very difficult program in high temperatures, which was hard for some young drivers. Anyone who can handle that can also handle a grand prix," he said.

Former Formula One boss Ron Dennis has bought 175 acres of land to build his own mansion after selling his share of McLaren for Â£275million.

He has bought a huge plot of land in Henley-on-Thames, next to what was once the most expensive home in the country, Park Place.

According to the Evening Standard, Mr. Dennis is drawing up plans for a mansion on the land, which comes with several cottages already.

The motorsport tycoon, who is 70-years-old, ended his decades long association with McLaren at the end of June after falling out with two other shareholders.

He sold his 25 per cent stake, for Â£275million, but documents show he had already bought the land before he pocketed the cash for McLaren.

The sale came to light through documents filed to Companies House by Abelo Estates, which according to the London paper is a company recently set up by Mr. Dennis. Daily Mail Online

Ferrari's Sebastian Vettel has labeled his 14-point title advantage as a "dream", following his strong start to the 2017 Formula 1 campaign, as he bids for a fifth championship.

Expanding on Ferrari's return to the front in 2017, after recent struggles, he expressed delight that the team "just worked" at the factory, rather than get caught up in speculation.

"It's what I dream about, to be honest," Vettel said of his mid-season advantage.

"I want to win, so that's where you want to be. I don't have very precise dreams in terms of gaps, points and stuff like that.

"I think all in all, the mission has been to get back to the top, so obviously we had a great year, I'm only two-and-a-half years in with the team.

"I think we had a great year in 2015, which helped to get the project going.

"2016 was difficult, I think, for many reasons, but I think it was a great year to set things up, a lot of change for the team.

"Over the winter I think we were the team that made the least noise.

"I was very happy that we just worked, we just kept to ourselves and did the job."

Vettel recently commented that he is confident Ferrari will be able to keep pace with Mercedes in the development battle after the summer break.

Vasseur: No need to 'transform' Sauber

Newly-installed Sauber Team Principal Frederic Vasseur says there is no need to "transform" the Swiss backmarker, in its bids to climb up the Formula 1 pecking order.

Sauber has endured a troubled few years off-track, amid financial difficulties, though its predicament was eased by Longbow Finance's takeover mid-2016.

On-track, Sauber has only occasionally battled among the midfield group, placing 10th in 2014 and 2016, a position it holds again in 2017, this time at the foot of the standings.

Vasseur arrived at Hinwil after the British Grand Prix, a month on from the exit of Monisha Kaltenborn, but does not feel that Sauber needs to undergo a revolution in order to make gains.

"I don't have to transform the team, to be honest," said Vasseur.

"I think that you have to put everything in perspective, the team last year was in a quite tough situation on the financial side.

"The restructuring went well, for sure we have to improve, but the team has a structure with very good engineers, very good technicians.

"We have to target the midfield group, I don't know if it will take months or more, but we have to do it."

He stressed, though, that he is "fully committed" to Sauber, despite retaining shares in his other activities.

"I don't have to divide my time, even if I kept some shares in my old business," he said.

"I'm not involved at all in the management or day-by-day and I'm fully committed to the Sauber project – it was already like this last year [at Renault]."

Honda is now performing at the level it hoped to achieve pre-season, according to chief Yusuke Hasegawa, following recent updates to its power unit.

Honda introduced a revised unit for 2017, after two challenging years, but an array of issues blighted the early stages of the season, amid a lack of reliability and performance.

It took until the dramatic Azerbaijan Grand Prix for McLaren to score points, though Honda's Spec 3 update, raced for the first time in Austria, has led to an improvement.

Stoffel Vandoorne made Q3 and took 11th in Britain, while Fernando Alonso captured sixth position in Hungary, albeit at a venue which masks the MCL32's weaknesses.

Hasegawa feels that Honda is now operating at the level that it expected to demonstrate during pre-season testing in February.

"Maybe the current level of performance is what we had to achieve at the beginning of the season," Hasegawa explained to RACER.

"So for me I'm thinking, 'At last we can achieve the level of performance we should have been at in Barcelona'.

"It took around five months. From a normal technical development common sense point of view, to catch up that level in five months, we have to be proud of that.

"However, to match the Formula 1 calendar, it is too late.

"So I am half relieved and half very disappointed that we could not achieve this level at the beginning of the season."

Honda's future in Formula 1 remains unclear, amid ongoing speculation that McLaren is seeking to extricate itself from the long-term partnership.

Honda had agreed a deal to supply Sauber for 2018 but the planned relationship was cancelled after Frederic Vasseur took over as Team Principal.

Honda has been linked with Toro Rosso, which currently uses Renault power.