It was Falken’s sixth consecutive podium this season and fourth event win out of the six rounds run thus far. At Evergreen Speedway, noted as the “House of Drift" of the North, three of the four cars in the Final 4 were Falken-equipped. 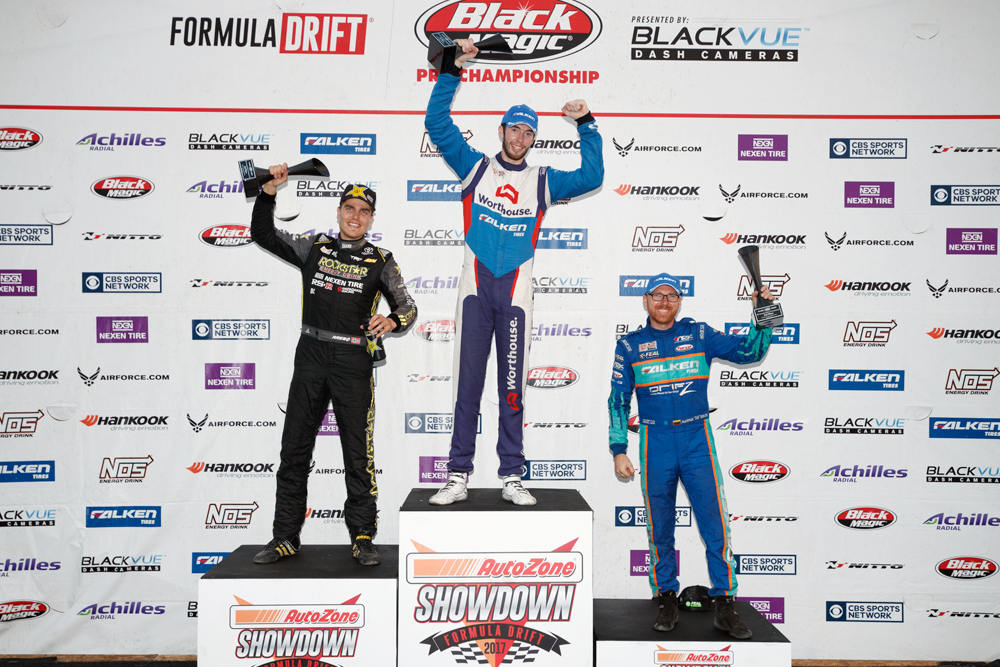 Before a capacity crowd, Deane was strong all night, qualifying first and proceeded to Round 4 to ultimately square off against Fredric Asabo whom he beat after the judges demanded a One More Time run. Deane pulled off the “Throwdown" win with a tremendous effort supported by his Falken tires. His teammates Bakchis qualified 3rd; Piotr Wiecek, 9th; Matt Field, 13th; Justin Pawlak, 14th; and Daijiro “Dai" Yoshihara, 20th.

“This was the toughest event for me this season," said Deane. “This track was really challenging, but somehow the stars aligned and we managed to qualify first. Though I had to go up against my teammates Piotr and Dai, the final run against Aasbo, who is really fast, doesn’t make mistakes and really is like a robot, forced me to give it everything I had. Fortunately, it worked out, but I was dancing with the devil."

“We had a great evening for Team Falken," added Steve Wong, Falken’s Supervisor, Passenger Car Events. “In addition to James’ win and Odi’s third, Dai came in fourth; Piotr was fifth; and Justin Pawlak finished eighth, so it was a very good showing for our team, and for Falken’s AZENIS RT615K+ tires."

“Evergreen Speedway is one of the fastest tracks all season, and we need a very solid tire to get around one of the longest banks in the series," noted Bakchis. “I felt Falken gave me the confidence I needed and the competitive advantage to make it all the up to the podium. I’m very happy with gaining so many valuable points for the series from this weekend."

“The overall driver’s points battle is tight, with James 57 points ahead," Wong continued. “We’ll continue this strong momentum as we head to Texas for Round 7. For now, Falken has a solid lead in the Tire Cup championship."

Team Falken will travel to the Longhorn State for Round 7’s “Showdown" when Formula D visits Texas Motor Speedway in Ft. Worth, September 8-9. 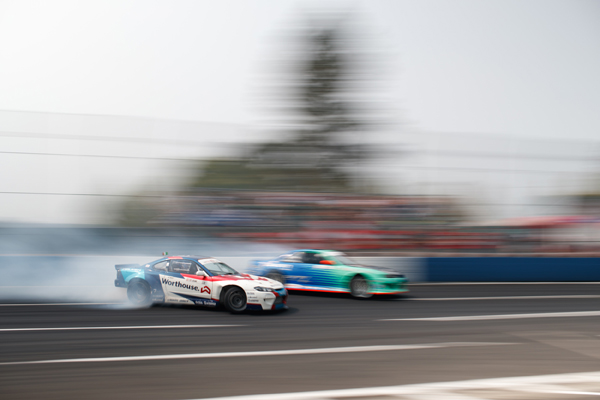 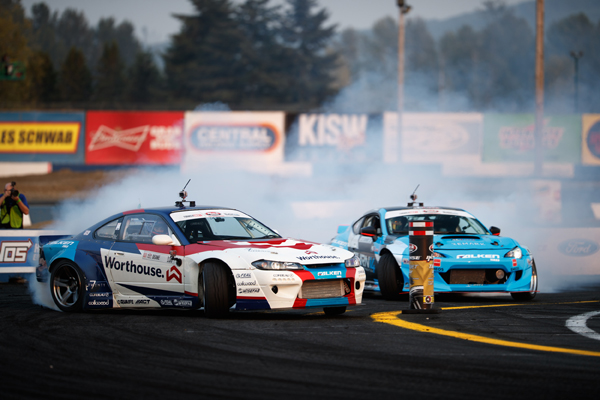 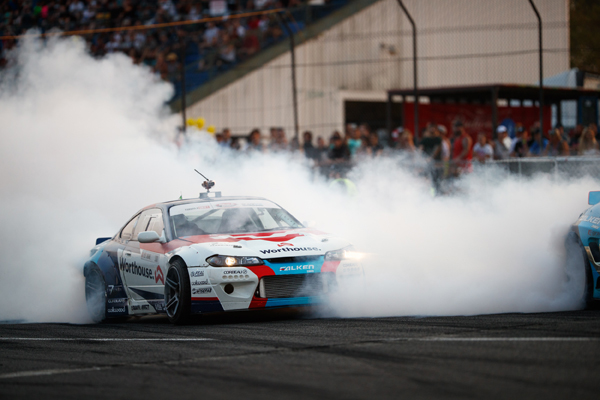