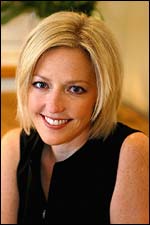 UPDATE Up to six separate groups are believed to be vying to buy Formula One. One of them, it is reported by The Business newspaper, has approached Rupert Murdoch's satellite TV company BSkyB, whose executive – James Murdoch – told the US and British consortium that he was open to talks.

Hong Kong conglomerate Tom Group is a separate bidding group, The Business added, and there may be up to five others.

In the Sunday Telegraph, Robin Saunders' private equity company was rumored to be one of the five. Elsewhere, a 'Russian billionaire' was named as another keen to snap up three banks' 75 per cent SLEC stake. It is believed that two of the banks would sell immediately but the third is reluctant, even going so far as to block potential buyers from doing due diligence tests.

08/27/05 This Telegraph newspaper article says, The former golden girl of the City, Robin Saunders, is set to return to the limelight with an ambitious $1.5bn (Â£832m) plan to buy Formula 1. Saunders, through her private equity firm Clearbrook Capital Partners, has held extensive negotiations with Bernie Ecclestone, the tycoon who has controlled F1 for more than two decades. Saunders aims to pull off a leveraged buyout of the sport, in a scheme that would see the sport's teams eventually owning the franchise.

The proposal would create a new company backed by Clearbrook and a consortium of financial institutions. It would buy the 75 per cent stake in SLEC, the ultimate holding company of F1, which is currently held by three banks, JP Morgan, BayernLB and Lehman Brothers. The deal would be funded through the raising of debt or the issuing of bonds. Each of F1's teams would be given a share in the purchasing company which would then pay off the debt over a number of years, using the profits generated from the sport. After the debt was paid off, the teams would end up owning F1 and its lucrative commercial rights.