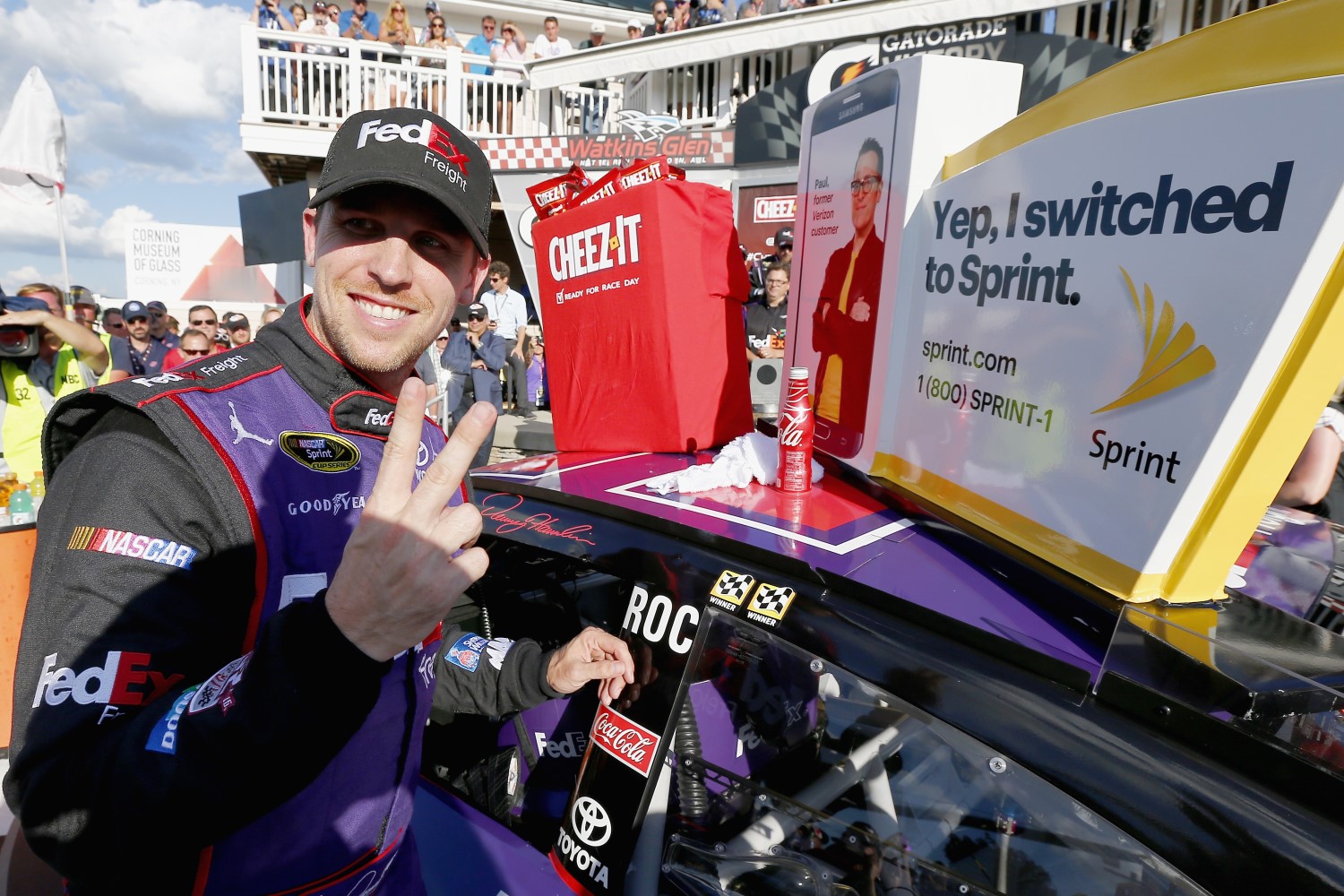 We have mostly clear skies with temperatures currently in the low 60s on a spectacularly gorgeous morning here in New York's Finger Lakes region. The first of two Monster Energy NASCAR Cup Series practices today for Sunday's I Love New York 355 at The Glen is scheduled to begin at 10 a.m. ET. NASCAR Xfinity Series qualifying for today's 23rd annual Zippo 200 at The Glen will begin at 11:05 a.m. with the race scheduled for 2 p.m.

Also, of note: similar to last weekend at Pocono, the Cup Series will have BOTH qualifying and the race tomorrow.

It rained rather heavily here last night. However, that did not seem to deter the spirits of the many campers here at Watkins Glen. Due to a parking kerfuffle this morning, I toured much more of the Watkins Glen facility than I was ever expecting. As early as 7:30 a.m. the grills were fired, the beverages flowing, spirits high, and the people seemingly ready for a packed racing schedule ahead.

And they should have lovely weather. Forecast call for only a 20% chance of rain and temperatures in the 70s.

While I just recently arrived and have not had the opportunity to dig up too much information, I did bump into Leavine Family Racing co-owner Matthew DiLiberto. The two of us bonded over the previously mentioned parking kerfuffle. Anyway, DiLiberto offered up his praise for Michael McDowell, who will be sporting the K-LOVE colors on the No. 95 Chevrolet this weekend. McDowell sits 25th in the series standings with a best finish of fourth at last month's Daytona race. He also scored his first NASCAR touring series victory last season in the Xfinity race at Road America.

AR1 readers may also remember that McDowell came up through the open-wheel ladder system winning two Pro Mazda races in 2003 and making two Champ Car starts for Rocketsports Racing in 2005.

"We're going to have a lot of fun here," said DiLiberto, expressing optimism that this could be one of McDowell's better races of the year. I also asked him whether McDowell would be back next season. "Those details are in the works," is all DiLiberto would offer.

Joey Logano is scheduled to meet with the media here shortly. Stay tuned to AR1 for updates from The Glen throughout the weekend.