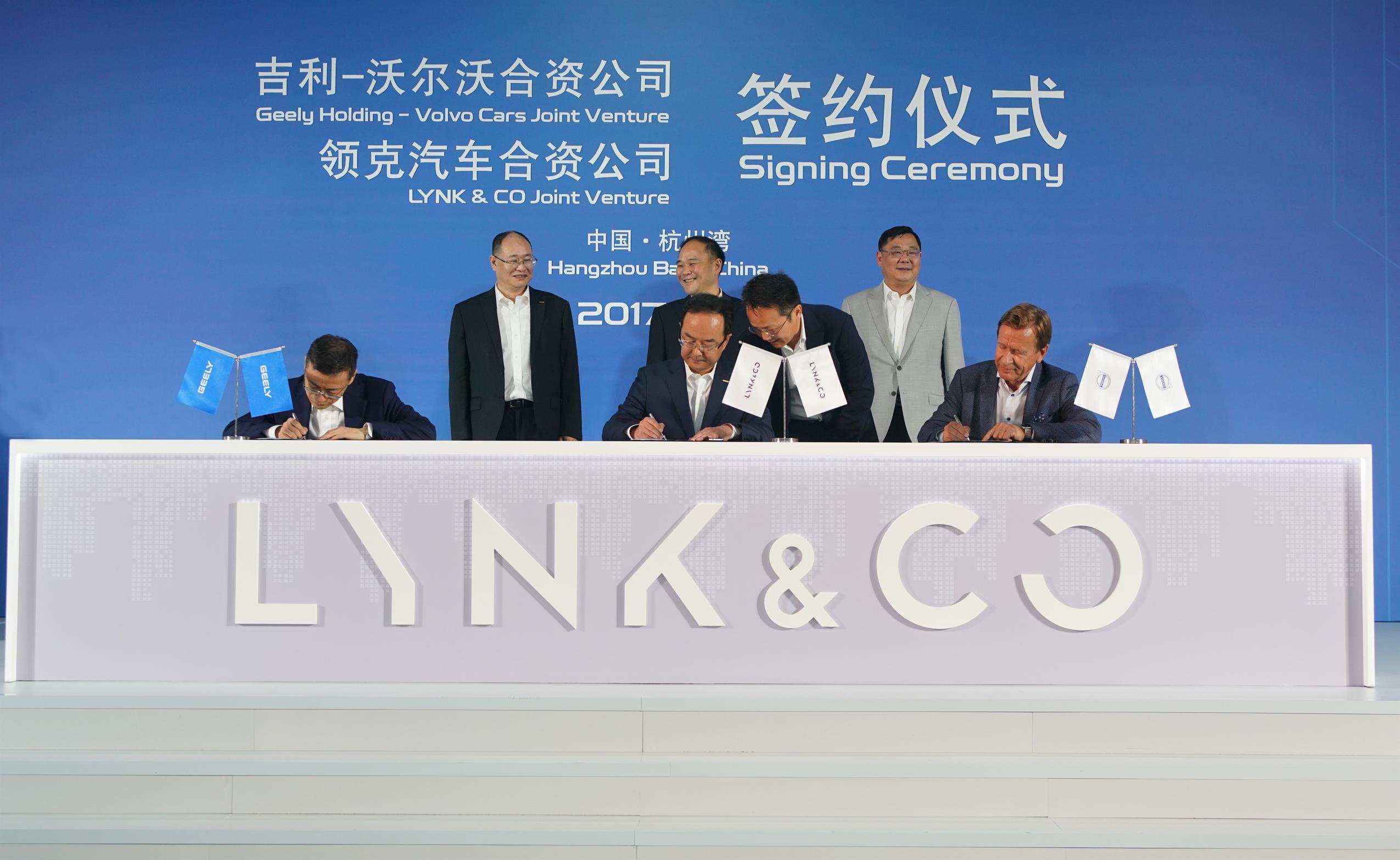 Volvo Cars, the premium car maker, and Geely Holding, the Chinese car group, Friday completed the formation of two new entities to share existing and future technology and provide the economies of scale that will allow them to more rapidly develop next generation electrified vehicle technology.

The agreements, signed at a ceremony in Ningbo, China, formalize the strategic priorities, management teams and targeted synergies for the collaboration within the group.

As a result, a new technology joint venture will be formed called GV Automobile Technology (Ningbo) Co. Ltd. It will be 50/50 owned by Volvo Cars and Geely Holding and headquartered in China with a subsidiary in Gothenburg, Sweden.

A separate LYNK & CO company, fully responsible for the LYNK & CO car line, will also be formed, jointly owned by Volvo Cars, Geely Holding and Geely Auto, with a newly constituted board of directors.

"These joint ventures will create significant value for our automotive brands. We aim to deliver global economies of scale by facilitating closer cooperation between our brands on shared vehicle architectures, powertrain development and electrification, while offering synergies that will enable LYNK & CO to achieve its full potential," said Li Shufu, Chairman of Geely Holding.

Volvo Cars and Geely already share technology, most notably the Compact Modular Architecture (CMA), which is being used by Volvo Cars for its soon-to-be-announced smaller range of 40 series cars and by LYNK & CO.

"We look forward to expanding our cooperation with LYNK & CO. It will be beneficial for both companies", said Hakan Samuelsson, President and Chief Executive of Volvo Cars.

The formation of the LYNK & CO company is expected to be finalized in September and is subject to relevant corporate and authority approvals.