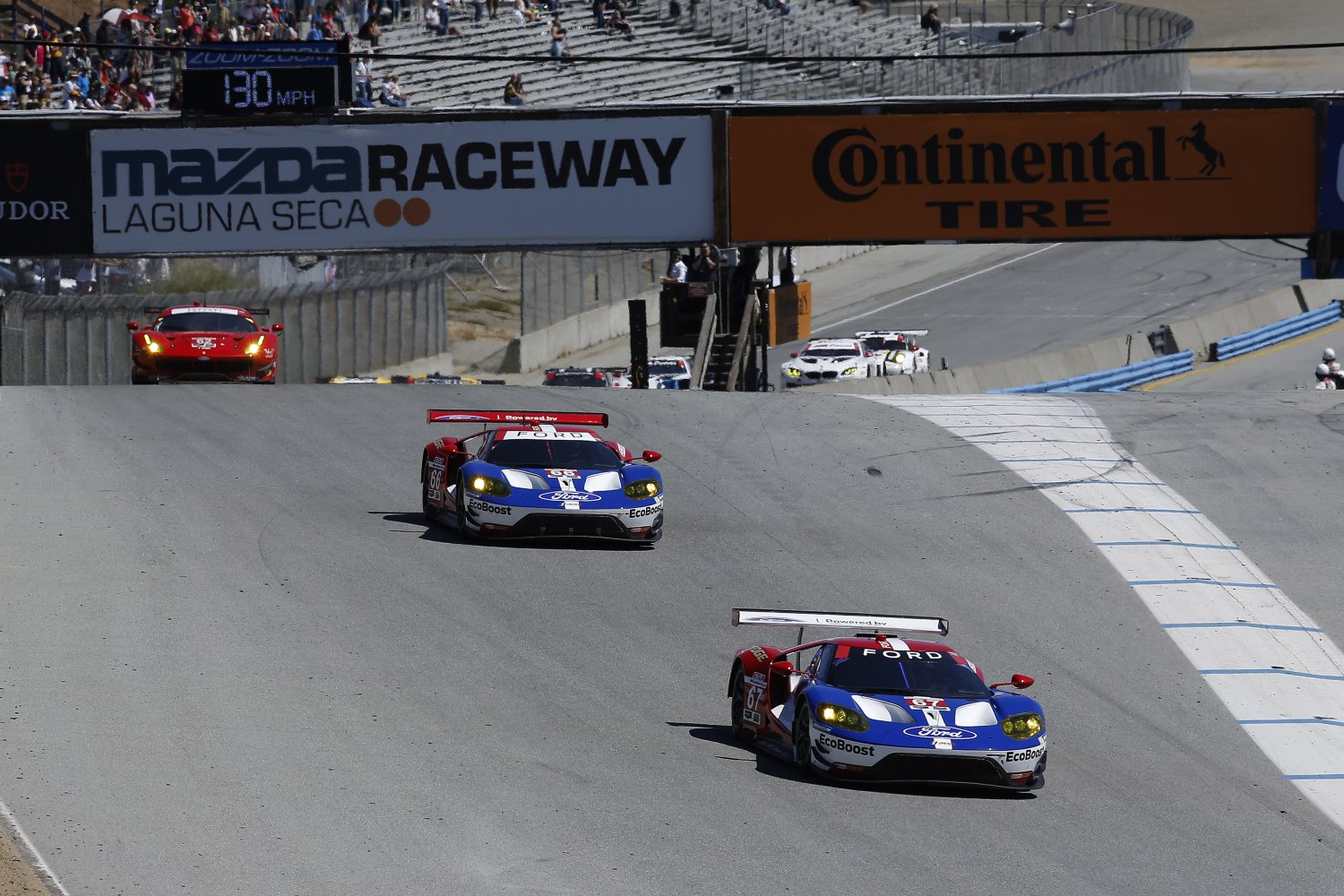 In conjunction with the unveiling of the 2018 IMSA WeatherTech SportsCar Championship season schedule, Mazda Raceway Laguna Seca is proud to announce a three-year extension of its agreement with the premier North American sports car endurance racing series beginning next season.

Dates for the 2018 Continental Tire Monterey Grand Prix featuring America’s Tire 250 have been announced with the event taking place on September 7-9, 2018. Of course, this year’s upcoming event is scheduled for September 21-24, 2017.

For 2017 and 2018, the feature race in the Continental Tire Monterey Grand Prix will be known as the America’s Tire 250. This year, the America’s Tire 250 will occur on Sunday, September 24, from 2:05 p.m. to 4:45 p.m. The sprint will involve the main classes that comprise the IMSA WeatherTech SportsCar Championship: Prototype (P), Prototype Challenge (PC), GT Le Mans (GTLM) and GT Daytona (GTD).

International Motor Sports Association (IMSA)-sanctioned events have been a staple on the Mazda Raceway Laguna Seca schedule since 1991. However, the history between the iconic race track and the Daytona, Florida-based sanctioning body dates back farther. IMSA races were regularly held in May during the Monterey Triple Crown from 1974 to 1987.

“Extending our relationship with IMSA ensures more of the great sports car racing that our fans love through at least 2020," said Gill Campbell, Senior Vice President of Event Operations of Mazda Raceway Laguna Seca. “There is a great deal to look forward to when the series returns at this year’s event on September 21-24, and we are pleased to have a place on the 2018 schedule that was announced today and beyond. We are happy to welcome America’s Tire as an Official Partner and title sponsor of the feature race for 2017 and 2018."