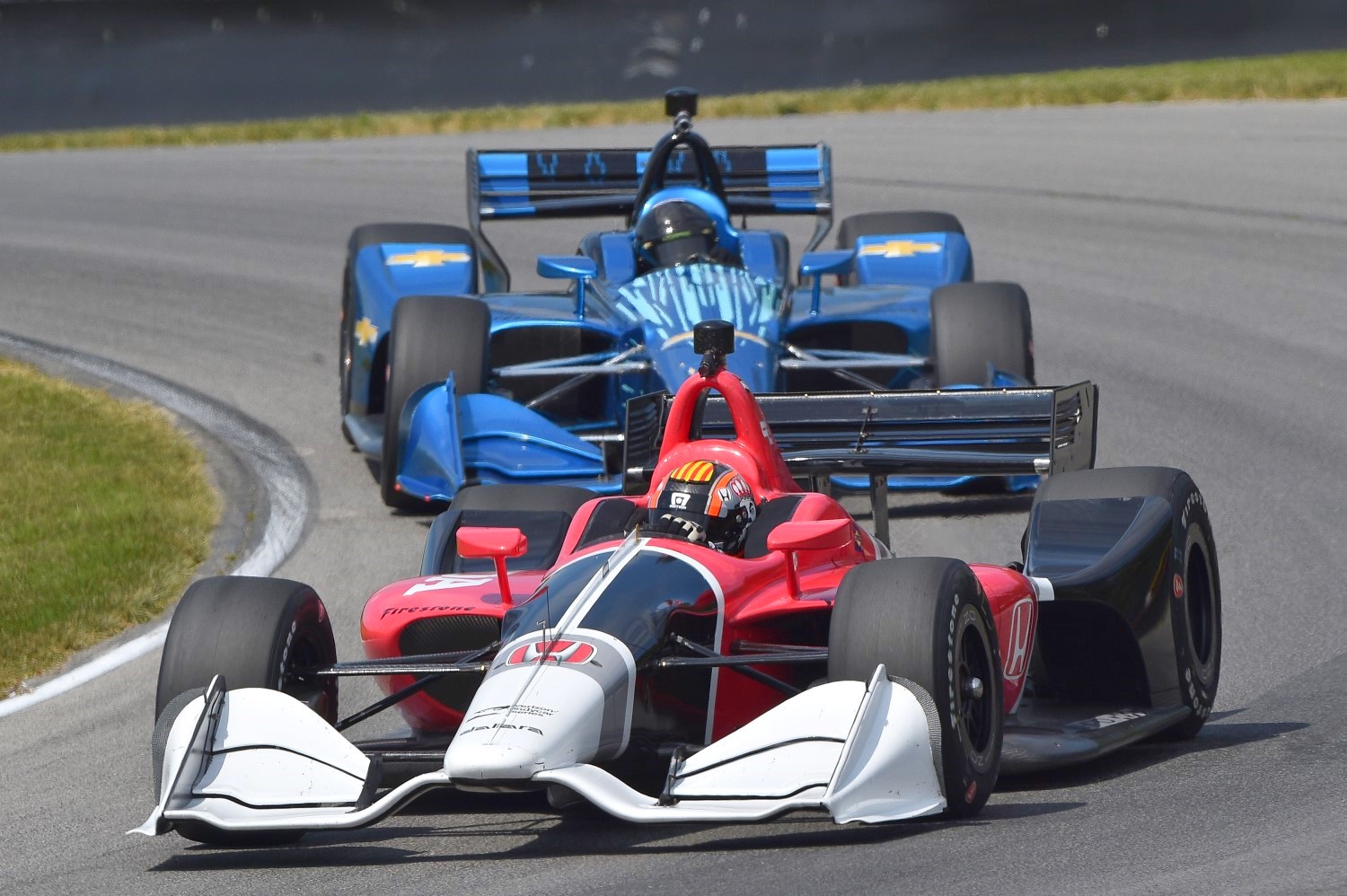 Iowa Speedway race fans will have their first chance to see the universal aerodynamic bodywork kit that will fit the current Dallara IR-12 chassis for the 2018 Verizon IndyCar Series season. Just a month removed from the Verizon IndyCar Series Iowa Corn 300, the premier North American open-wheel series will conduct a test for the new car at The Fastest Short Track on the Planet on Aug. 10.

This is a free event and open to the public from 9:00 a.m. to 5:00 p.m. CT on Thursday, Aug. 10. Viewing will be from the Newton Club, where fans can watch the action from seats overlooking the Start / Finish line.

"We respect and support everything INDYCAR does to provide the best open-wheel racing around," said Iowa Speedway President Jimmy Small. “The test will provide an opportunity for our fans to get a preview of the 2018 Verizon IndyCar Series season, and the Iowa Corn 300 race. We’re stoked to see the new universal aero kit up close, and in particular, how it will handle the Fastest Short Track on the Planet."

In July, INDYCAR veterans Juan Pablo Montoya and Oriol Servia – in Chevrolet- and Honda-powered Dallara IR-12s equipped with the universal aero kit in its superspeedway oval configuration – participated in a test at Indianapolis Motor Speedway. That test was followed by another on Tuesday at Mid-Ohio Sports Car Course, with the cars in the aero kit configuration to be used on road courses, street courses and short ovals including Iowa Speedway. Both drivers gave the new car rave reviews.

"I think they addressed a lot of the things and the car looks great," said Montoya. “I think having one aero kit for everybody is great for the sport. The car looks good and it drives really good."

The process of creating the next-generation Verizon IndyCar Series car began in April 2016 when INDYCAR set the criteria for potential manufacturers. The goal was to make the car resemble past Indy car favorites with a sleek, bold look while incorporating the latest technological and safety advancements.

Longtime INDYCAR partner Dallara Automobili will manufacture the universal kit that will be used by all teams next season, following three seasons of aero kit competition between Chevrolet and Honda. Following the test at Iowa Speedway, INDYCAR will test the road / street / short oval configuration again at Sebring International Raceway on Sept. 26.

A key component of the new car is its ability to generate most of its downforce from underneath as opposed to the top side, which differs from the current bodywork kits. The change reduces the turbulence a leading car produces in its wake, improving the chances of a trailing car to make a pass. More passing typically generates more exciting racing.

Soon after series testing is complete, Honda and Chevrolet will begin engine manufacturer testing using the new kits. INDYCAR teams are scheduled to receive their aero kits in November, with individual team testing to begin in January 2018.