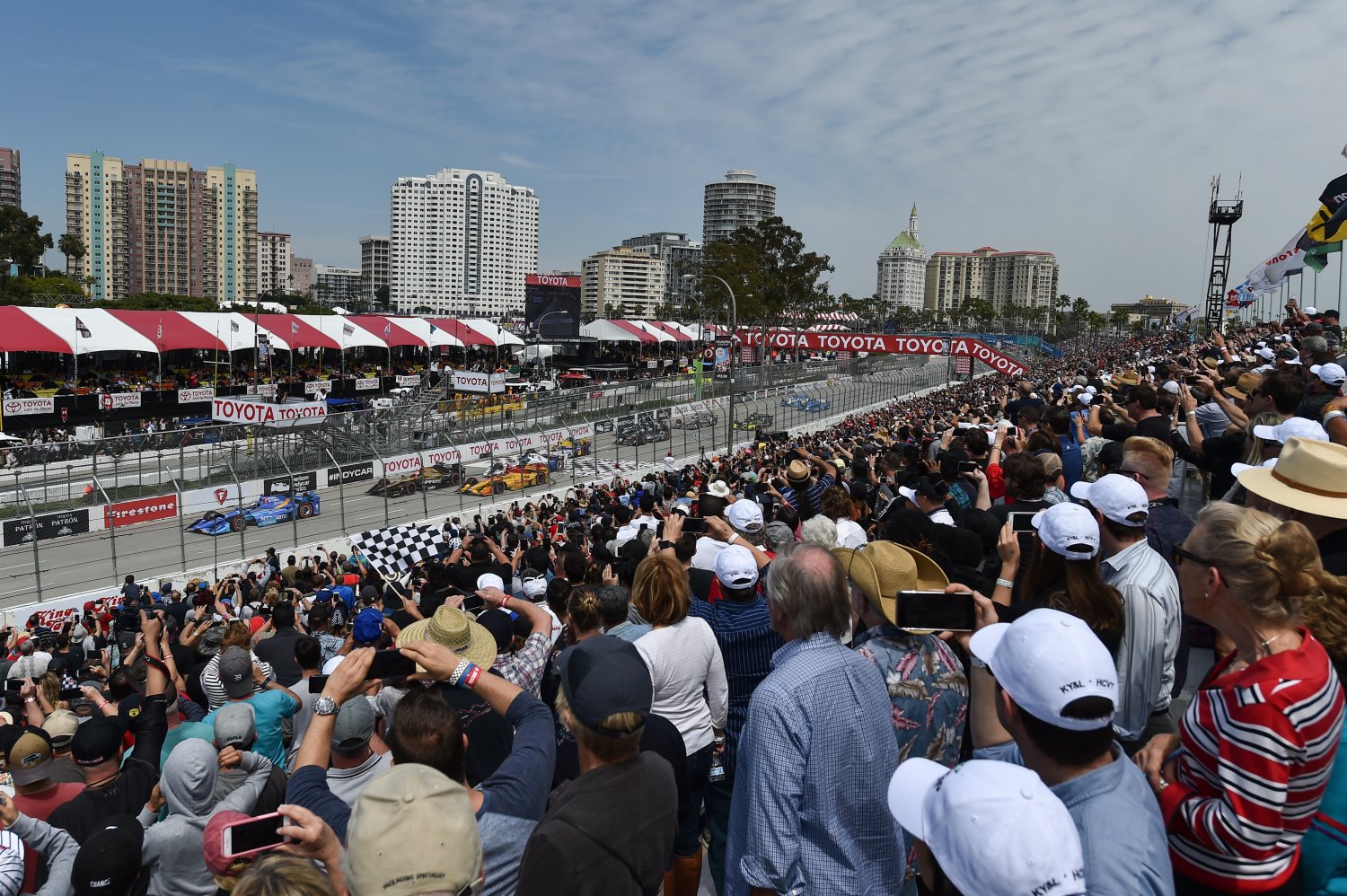 It will be a busy night for your City Council when the body meets on Aug. 8 with an agenda of almost 50 items. Included in the array is Item No. 34, which will in effect begin negotiations with the Grand Prix Association of Long Beach to continue to bring IndyCar racing to the streets of Long Beach.

The city has already given the nod to the IndyCar format, so the Aug. 8 item is of interest only because it’s the culmination of an exhaustive process to determine whether Long Beach would stay with the IndyCar series that’s been run by Jim Michaelian, the Grand Prix’s president and CEO since 2001, or switch over to the swankier and more exorbitant Formula 1 series, promoted by World Automobile Championship of California, a group led by Chris Pook, the man who started the Grand Prix in Long Beach in 1975.

The decision was a no-brainer, as evidenced by the fact that even we knew how it would come out. And it certainly did not appear to merit the $150,000 the city paid to the financial firm KPMG to compare the rivals’ relative merits.

That report was made public Monday afternoon, and it’s loaded with an absence of surprises, although there are a few bits of weirdness involved. Rather than submit what KPMG said would be an ideal computer-aided design plan for the proposed F1 track that would identify all mandatory components required following FIA (the governing body of motorsports) guidelines, WACC offered a hand-marked, low-resolution track plan, which, stated the report, “does not appear to conform to an FIA drawing standard."

More curious, the cocktail-napkin bit of cartography shows the proposed circuit running in the opposite direction to the current IndyCar track. “The only indication of this is a small arrow identifying the direction into the pit lane entry," said the report, noting, “If this is the case, this change of direction may add to the circuit upgrade costs driven by required changes in safety infrastructure."

More importantly, Pook’s group stated that it could not get a race on the track until 2020, and only then if the city gave the go-ahead by Nov. 30 this year.

And if the city had green-flagged F1, the question remains: is Formula 1’s owner even interested in bringing that format to Long Beach in the first place? Pook’s group submitted a copy of a 2013 letter from Bernie Eccelstone “stating Formula One’s interest in returning to Long Beach," which would indeed be exciting news if Eccelstone still had anything to do with F1 racing. He sold his company to Liberty Media in January, and the report notes that “the level of formal support from Liberty Media is currently unclear."

The report repeatedly cited shortcomings in the WACC responses and it is clear that group is basing virtually all expenses and profits on speculation, including the sanctioning fee for the race, which it puts close to $20 million, as opposed to reports of other venues paying in excess of $30 million per year. The report reckoned that “it is possible that a special commercial deal could be negotiated between WACC and Liberty Media." Sure! Maybe Liberty will just waive the fee altogether in the spirit of goodwill.

Things went easier for Michaelian, because there was no need for speculation on his part, with the race’s history supplying most of the answers posed by the researchers.

So F1 gets a “Did Not Finish" designation, and now Michaelian enters into negotiations with Long Beach for a new contract. The city already has a list of demands, most of them pretty doable. The race must be held annually in April, is one. Another: A minimum of 14 cars will participate.

The city will ask for post-race street repairs by the Grand Prix – some of which are actually being done this week along Shoreline Drive, according to Michaelian.

Another key issue is the length of time the Grand Prix spends on set-up and take-down of the course. Pook’s group said they could do it faster than Michaelian’s, though that, again, cannot be determined. At any rate, the city wants Michaelian to speed things up. The problem is, if the city was using Pook’s plan for leverage in gaining concessions from Michaelian, it’s already lost it. Tim Grobaty/Long Beach Pres Telegram