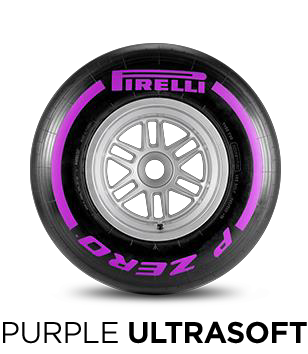 Red Bull has gone more aggressive with its Belgian Grand Prix tire selections than main rivals Ferrari and Mercedes, loading up on the softest available compound – a big risk given the high-speed nature of the circuit.

Pirelli will bring its Ultra Soft, Super Soft and Soft rubber to Spa, the same as in Australia, Russia, Monaco, Canada and Austria, and also selected for Singapore, the US, Mexico and Abu Dhabi.

Daniel Ricciardo and Max Verstappen will take nine sets of Ultra Softs each, which compares to seven for the Ferrari drivers and six for the Mercedes drivers.

McLaren-Honda matches Red Bull with nine sets of Ultra Softs for Fernando Alonso and Stoffel Vandoorne, while the Toro Rosso and Renault drivers will take eight sets each.

As usual, drivers were free to pick 10 out of 13 compounds; a set of Ultra Softs will be held for Q3, and a set of Super Softs and Softs for the race (one of which must be used).