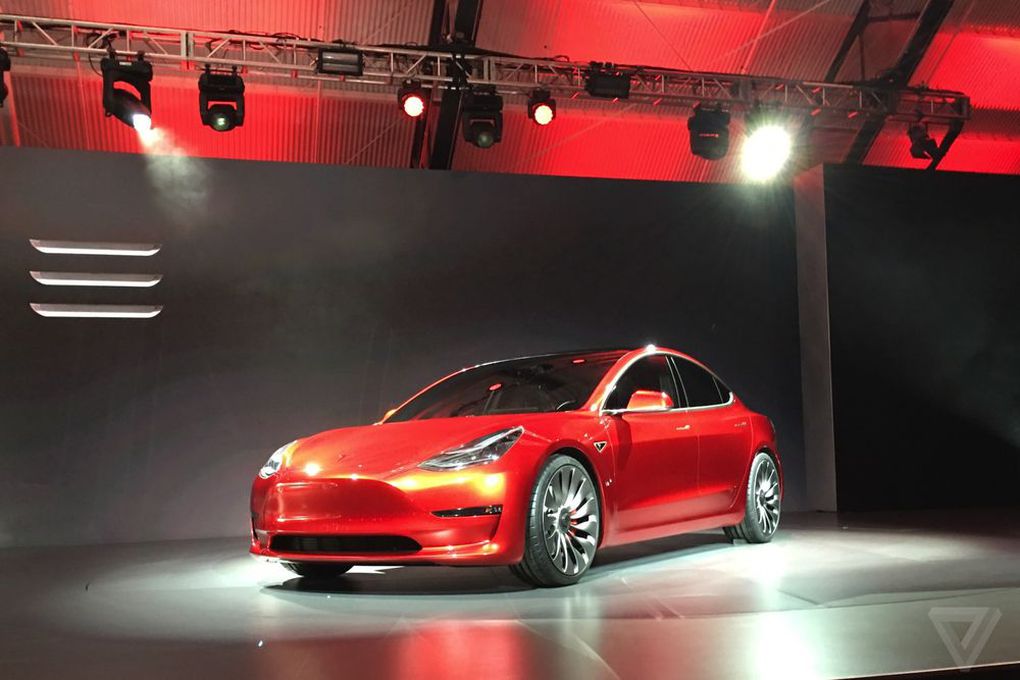 The first reviews of Tesla's Model 3 are in — and they are resoundingly positive beyond expectations, even for those anticipating the world from the new model. Yes, the reviews are filled with hyperbole — and they're absolutely heartfelt, with the detail to back them up writes Karla Lant.

As the Tesla Model 3 launch was imminent, Jack Stewart of Wired wrote, "The arrival of Tesla's Model 3 signals a new chapter in automotive history, one that erases 100-plus years of the gas engine and replaces it with technology, design, and performance hot enough to make electric vehicles more than aspirational — to make [electric vehicles (EVs)] inspirational." But would it live up to its promise?

If you're still feeling skeptical about Tesla's Model 3, the reviewers definitely aren't. Here's what they have to say now that they've driven it.

In a piece prefaced with, "The Tesla Model 3 is here, and it is the most important vehicle of the century. Yes, the hyperbole is necessary," Kim Reynolds of Motor Trend raved: "If anybody was expecting a typical boring electric sedan here, nope."

"Magic, I'm telling you. Magic. And this is the single-motor, rear-wheel-drive starting point. The already boggled mind boggles further at the mention of Dual Motor and Ludicrous," Reynolds continued. "Have I ever driven a more startling small sedan? I haven't. At speed, it gains a laser-alertness I haven't encountered before […] [The] 2.0-liter Alfa Romeo Giulia […] feels like a wet sponge by comparison."

"I've driven all Tesla's vehicles," Matthew Debord of Business Insider wrote, "But the Model 3 is something else […] [it's] going to blow many, many minds. This is easily the most attractive entry-level luxury, all-electric car on the market […] I can safely say that the Model 3 has no competition.

"[T]here isn't anybody who's going to sit in the driver's seat of this car and not want it," Debord continued. "The Model 3 stokes immediate desire, and the lust lingers. That truly changes everything."

Peter Holley of The Washington Post gave a sense of the Model 3 as the car of the future, writing that "from the moment you sit inside the Model 3, you do sense that you have entered uncharted territory […] I attribute that feeling to the intuitive nature of the Model 3's minimalist design [and] the way the car seamlessly incorporates technology that is already second nature in many people's everyday lives."

"It's not so much that Tesla is ushering in the future," Holley argued. "After riding in the Model 3, I'm more inclined to think that Tesla is single-handedly pulling the automotive industry into the present — the way anyone born before the Internet thought 2017 would look like decades earlier."

[T]he Model 3 really feels like the car that will bring electric vehicles as a whole into the mainstream. – Andrew Taratola

Charlie Turner of Top Gear explained the Autopilot experience: "Our brief excursion also allowed us to test the Autopilot, a system that still feels like witchcraft. The levels at which the car is capable of processing information are staggering and if we're honest it's clearly concentrating a lot harder than most of us after a hard day at the office."

And both Engadget and Wired see the Model 3 and a sign of a new era in transportation. Engadget‘s Andrew Taratola wrote, "While the Roadster put Tesla on the map, the Model 3 really feels like the car that will bring electric vehicles as a whole into the mainstream." And for Stewart, "This car feels like an automotive tipping point, a sign that electric vehicles — and hopefully, the infrastructure that supports them — have finally come into their own." Karla Lant/Futurism.com