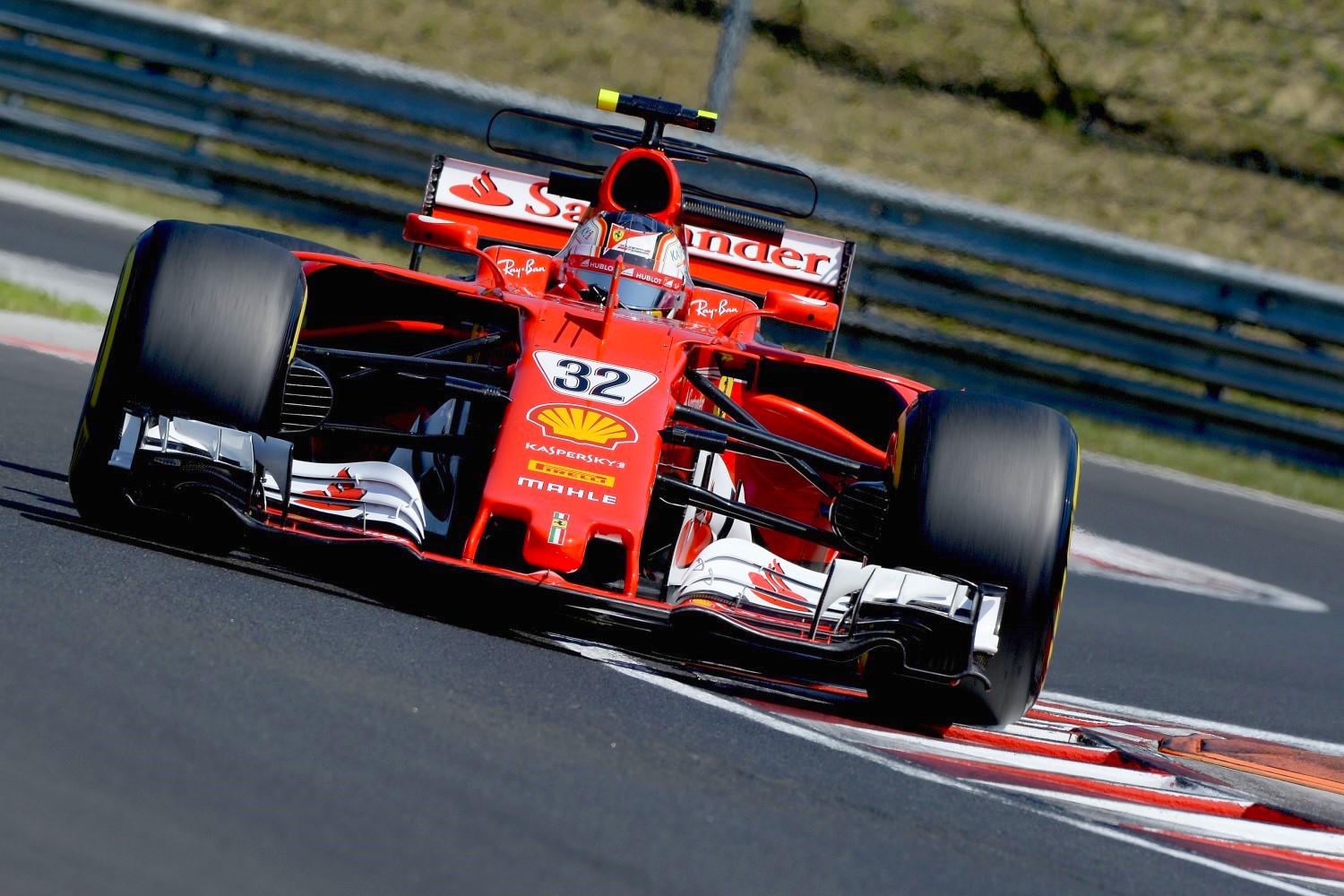 Vandoorne, having topped the morning session, improved further in the afternoon, using the Ultra Soft tire to clock a 1:17.834 with around 30 minutes remaining.

However, some five minutes from the checkered flag, Leclerc pumped in a 1:17.746 on Softs, overturning a margin of six-tenths to finish 0.088s up on Vandoorne.

Leclerc, who holds a 50-point title lead in F2, stated over the lunch break that he feels ready for Formula 1, after completing "every possible step" in junior categories.

Valtteri Bottas was third fastest as he worked through 2018 development work for Pirelli, comfortably leading the mileage charts with 155 laps (more than two race distances), despite the intense heat.

Mercedes junior George Russell, who heads the GP3 standings, got his first taste of the W08 en route to fourth overall, having previously tested older machinery.

Williams called on Lance Stroll to replace Felipe Massa, who missed the Grand Prix through illness, with the 2017 rookie the second-busiest driver behind Bottas.

Force India split its running between F3 racer Nikita Mazepin (sixth) and DTM title contender Lucas Auer (ninth), the latter getting his first ever outing in an F1 car.

Nicholas Latifi, making his public test debut for Renault, and Sean Gelael, in at Toro Rosso, albeit delayed by an apparent engine problem, finished between the Force Indias.

Max Verstappen completed only a handful of laps in the morning, due to an MGU-K issue in his Red Bull, but managed a respectable haul over the afternoon session.

Gustav Malja made his F1 test debut with Sauber and finished at the foot of the 12-strong timesheets, 3.7 seconds away from Leclerc's pace-setting lap.

Formula 1 in-season testing will continue at the Hungaroring on Wednesday.

George Russell – Mercedes
Today was incredible. I have been looking forward to this day for so long. It's every young driver's dream to drive a Formula 1 car. As soon as I got on track, I straightaway understood how much grip and downforce this car has got – it is amazing. 48 hours ago I was driving a GP3 car around the same track, but today was totally different. Luckily for me I had done lots of simulator work with Mercedes, so I knew what to expect. The biggest difference is the power steering in the Formula 1 car, and I could feel that as soon as I got out on track. And the braking potential is enormous. I was expecting the speed on the straight and the downforce in the corners, as everyone does. But I don't think anyone quite understands the braking power of this machine. In GP3 we enter into Turn 1 at about 260 or 270 km/h, braking at the 100 meter board. Today, I was going in at almost 300 km/h, braking 25 meters after what I would do in GP3. Today mostly consisted of longer runs with higher fuel loads. We wanted to see the degradation of the tires, and mainly trying to work for the race simulations. I was quite happy with my performance. For my first time in the car, completing 119 laps and not being far from Valtteri – I'm pretty pleased with that.