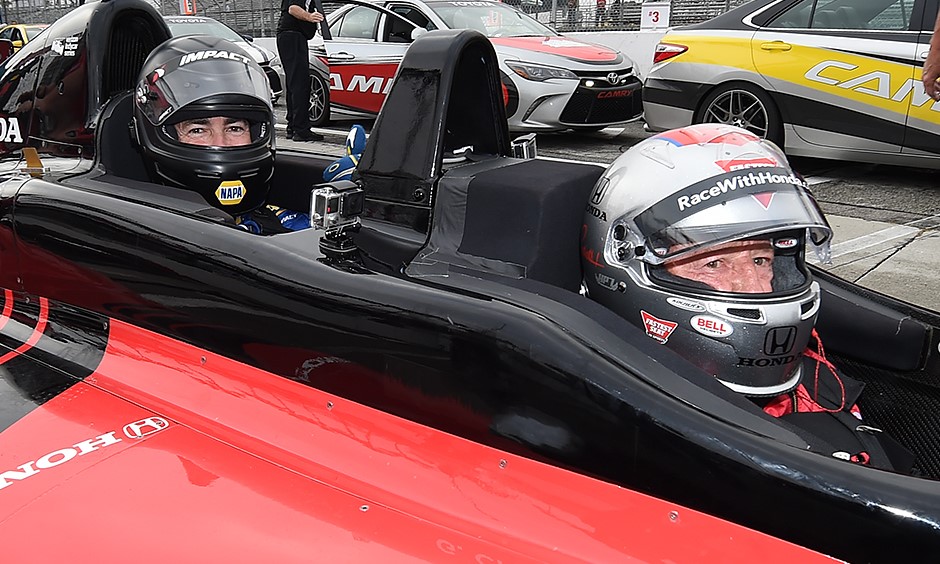 The greatest rivalry in IndyCar history is easily A.J. Foyt versus Mario Andretti — a rivalry that began in 1964 and continued through Foyt’s retirement as an active driver in 1993. The two racing legends may join forces, though, as Andretti said Saturday at the Mid-Ohio Sports Car Course that he has invited Foyt for a ride in the Honda IndyCar Two-Seater, a specially prepared Dallara IndyCar that Andretti drives at tracks around the series, giving celebrities and other VIPs high-speed rides.

“I’m trying to get A.J. into the two-seater," Andretti told AutoWeek's Bruce Martin. “He hasn’t said no yet."

Andretti is 77 years old and continues his love of racing in the two-seater, a position he has held with honor since 2011. Foyt is a well-weathered 82-year-old who has overcome numerous health obstacles throughout his life. He has had several near-death experiences in retirement, including an attack by a swarm of Africanized killer bees and an overturned bulldozer at his ranch in Texas.

Foyt has also had hip and knee replacements and heart ailments that kept him hospitalized for long periods of time. But this past March the first four-time winner of the Indianapolis 500 had stem-cell therapy in Mexico and it has worked so well that Foyt feels rejuvenated. He looks noticeably healthier and has displayed much more energy.

Foyt is not at the Mid-Ohio Sports Car Course, site of this weekend’s Honda Indy 200 at Mid-Ohio, and was unavailable for comment regarding Andretti’s offer. If it happens, it would be a unique union between the two drivers who were bitter rivals throughout their career.

Foyt’s IndyCar career began in 1958 and continued through Pole Day at the Indianapolis 500 in 1993, when he abruptly announced his retirement and took a ceremonial lap around the Indianapolis Motor Speedway. He won 67 Indy car races in his career, was the first driver to win the Indianapolis 500 four times and won seven IndyCar National Championships. He also won the 1972 Daytona 500 and the 1967 24 Hours of Le Mans.

Andretti began racing Indy cars in 1964. He won Indianapolis 500 Rookie of the Year and the USAC National Championship in 1965. He won 52 races and four IndyCar National Championships (three in USAC and one in CART). He also won the 1967 Daytona 500 and the 1978 Formula One World Championship. Bruce Martin/AutoWeek