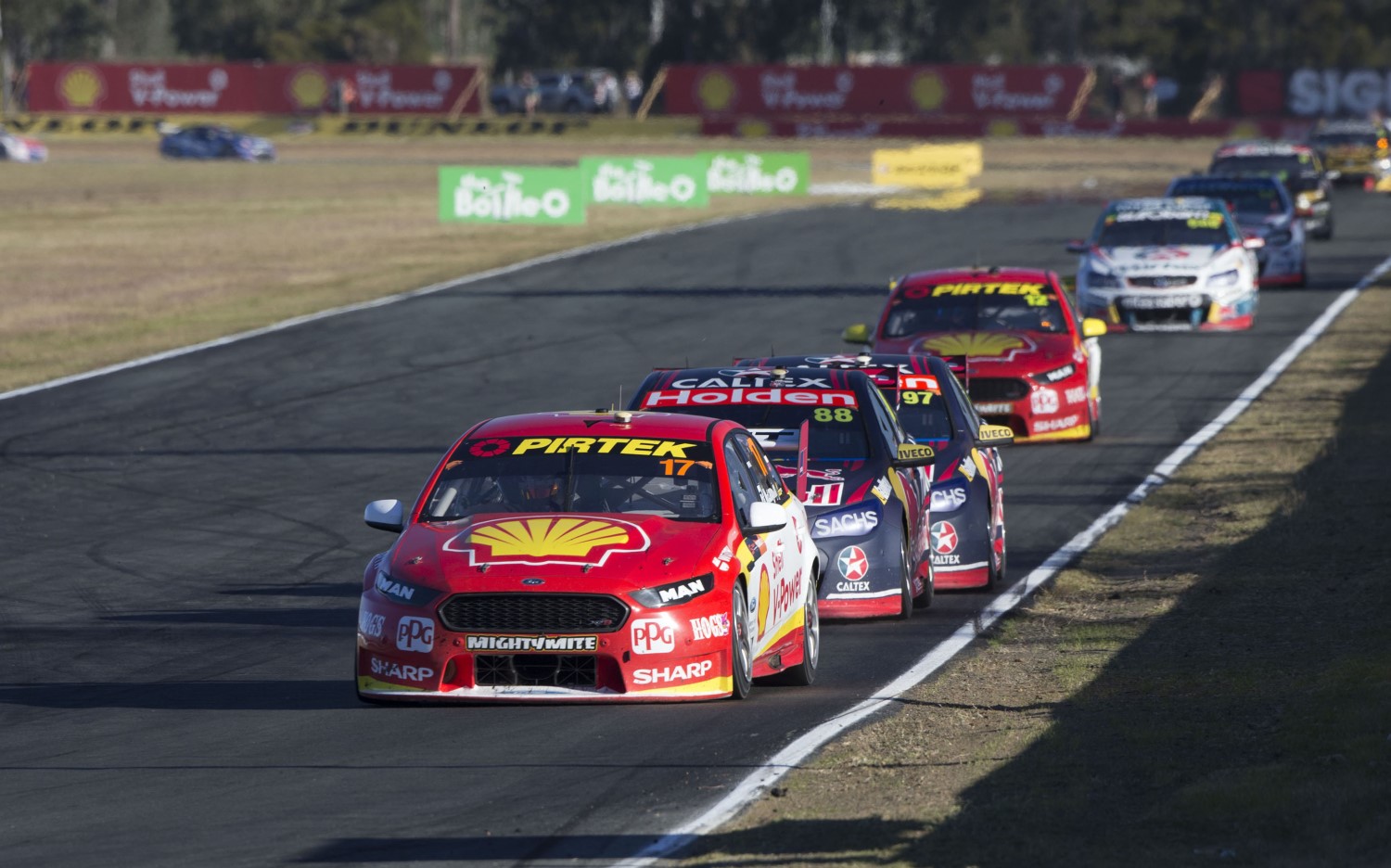 Chaz Mostert has held on to claim his second race victory of 2017 in this afternoon’s final race of the 2017 Coates Hire Ipswich SuperSprint.

A poor start for pole-sitter McLaughlin saw him drop to fifth at Turn 1 behind Mostert, Jamie Whincup, Fabian Coulthard and Mark Winterbottom.

The Shell V-Power Racing Team called in for an early first stop on lap 11 of 65 prompting Mostert and Whincup to pit the following lap, trading places as the Red Bull Holden took on less fuel.

Mostert remained just behind Whincup until they again pitted together on lap 34, allowing the Ford to retake the place with its shorter fuel fill.

McLaughlin remained in the hunt and pushed past Whincup into second with 17 laps to go.

That left McLaughlin to chase down only Mostert but yesterday’s race winner proved unable to make much headway until the Vodafone Safety Car was called 12 laps from home when Nick Percat, James Courtney and Garth Tander suffered a tyre failure.

Just eight laps remained when the race restarted and despite strong speed from McLaughlin and van Gisbergen, Mostert held on to claim the checkered flag and his second race win of the year, his other coming at Phillip Island in April.

“I was a bit annoyed to be honest with the safety car," Mostert said.

"The lap before I was going around there and there wasn’t that much debris around and I knew some guys behind had fresher tires.

“I didn’t expect to hold on but I put my head down and did what I had to."

“I am living the dream," McLaughlin said.

"I am 24 doing the job that not many people get to do, it’s pretty special, these guys are bloody good racers and it’s a lot of fun out there. Bring on the next couple of rounds." 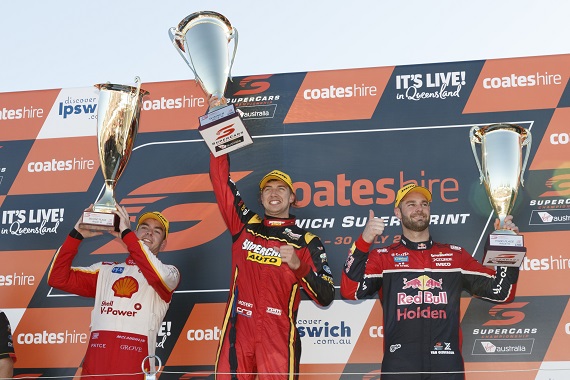