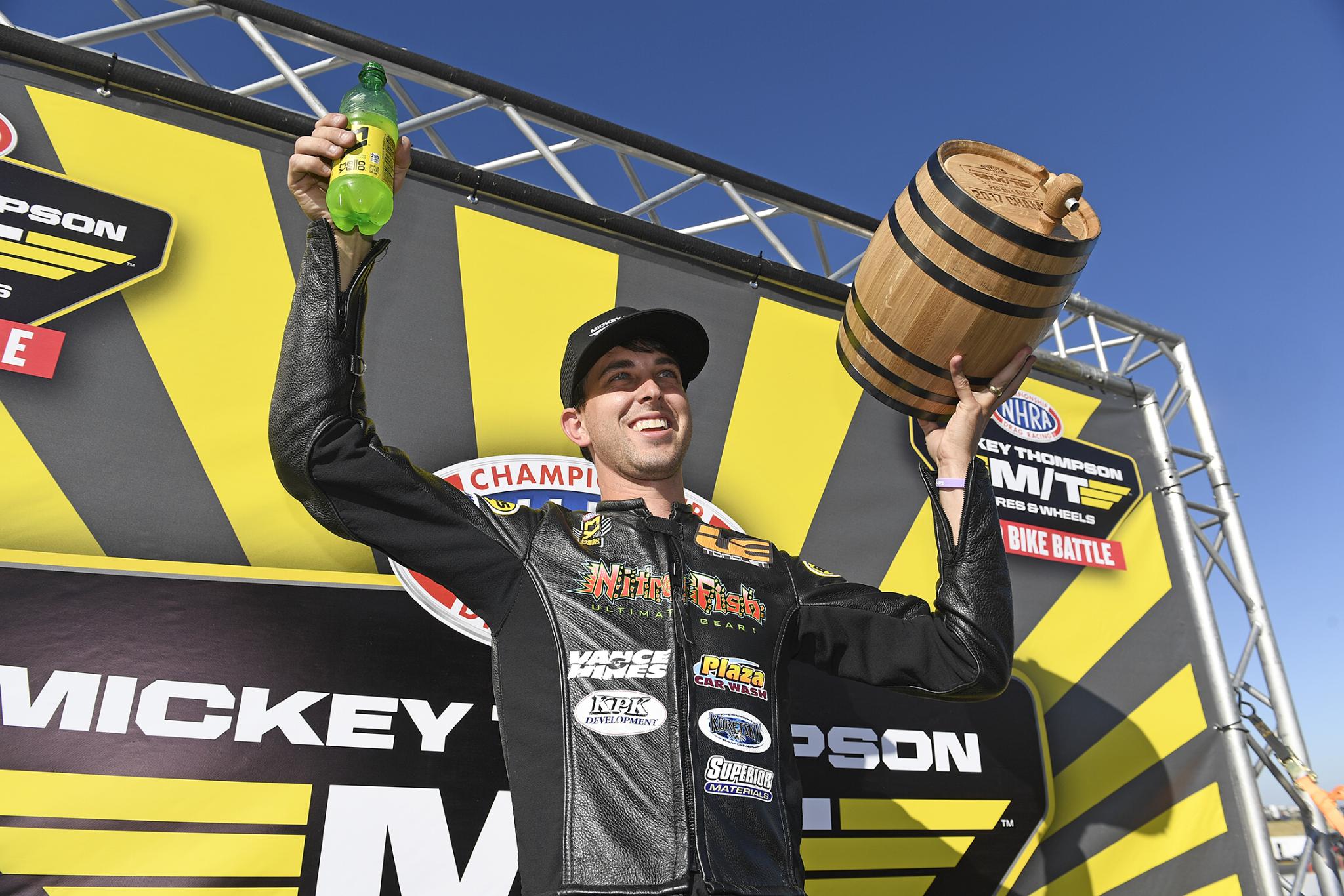 In his first appearance in the Pro Bike Battle, Tonglet, on his Nitro Fish Racing Suzuki, defeated Angelle Sampey and Andrew Hines before facing Eddie Krawiec in the finals. Tonglet’s pass of 6.827-seconds at 196.07 mph earned him the victory.

"This is the first time I’ve been in the battle," Tonglet stated. "To be able to win it on the first go-around is pretty amazing. My brother (GT Tonglet) won it back in 2005 and to be able to follow in his footsteps just means a lot to me."