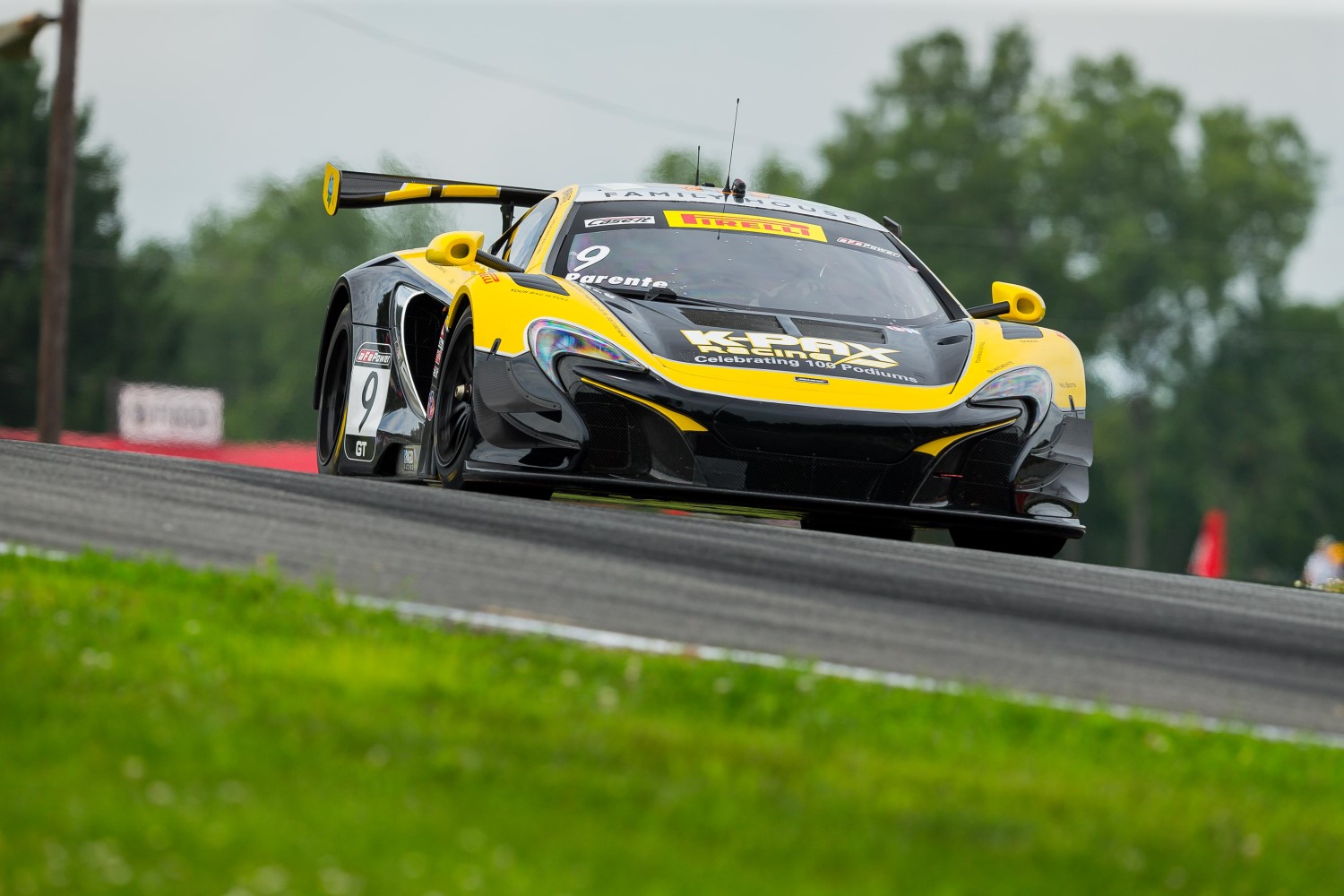 Pole winner Alvaro Parente left little doubt about his performance Saturday at Mid-Ohio Sports Car Course with a dominating win in the Pirelli World Challenge GT Sprint Round 6 event, the PWC Grand Prix of Mid-Ohio presented by Honda Racing, in his No. 9 K-PAX Racing McLaren 650S.

Parente, a winner last year in his debut at Mid-Ohio, repeated the 2016 showing with a 6.857-second victory over Cadillac’s Michael Cooper and Johnny O’Connell in a 36-lap wire-to-wire win, his third in 2017 in the GT Sprint division.

The personable Portugese McLaren factory driver nipped Cooper and O’Connell in Friday’s qualifying but Saturday’s session was a completely different performance with Parente consistently extending his advantage through the 50-minute race. Even after a full course yellow flag on lap 26, Parente jumped to a solid margin immediately after the re-start and never looked back.

“Definitely our car works very well on this track," said Parente. “Saturday's super close qualifying session, I put a lot in quite early in the session. Then I went back out and managed to improve my lap time in a good battle for pole position. Today, we knew the tires wouldn't come in the first couple of laps so the race would be quite tricky. It's just the nature of this track for the tires to take a while to start working properly. So, I knew I had to work them in very hard on those first two or three laps and then I had to manage the race after that and try to get a good start, clean through the first three corners."

“I like the track a lot. It has its own characteristics. It's not a long track, the middle sector is very interesting. And then when your car works well, like other places, you're always going to enjoy it a little more. This track has its own characteristics, you have to know it well to take the most advantage of it and, my car works very well here so I'm really happy with the result."

“I don’t know if we ran too many qualifying laps and hurt the rear tires, but the car was a handful," Cooper said. “I was hanging on out there, the car was loose on the rear tires. Johnny may have been a little faster, but I appreciate him running me clean and not making a move. We are going to stay up late tonight and make some adjustments for tomorrow. The Cadillac Racing guys will figure it out. I am happy with second today."

“We had a really good Cadillac today," O’Connell stated. “I might have been able to play with the McLaren a little, but it wasn’t worth taking a risk on getting by Michael and risking both cars. I am pleased with third and Michael taking second. I was running tight on Michael all race so I couldn’t get a decent lap in for the start tomorrow. I will be ready and if the car is as good tomorrow as it was today I can move up."

Fourth went to Parente’s K-PAX Racing teammate, Bryan Sellers of Braselton, Ga., in the No. 6 McLaren 650S after a stellar start from his sixth starting position. Rounding out the top-five in Round 6 was current GT Sprint point leader Patrick Long of Manhattan Beach, Calif., in the No. 58 Wright Motorsports Porsche 911 GT3 R.

Parente’s victory at Mid-Ohio provisionally closes the GT Sprint point standings to nine points on Long, who holds a 134-125 margin after the first race of the double-header weekend.

Cooper, O’Connell, Sellers and Long battled for position in a close race after the lap 26 yellow flag period but none could improve their respective positions by the drop of the checkered flag.

“You need to have a little bit of luck, a little bit of preparation, and you can't make any mistakes," said Sofronas. “Mike Schein pushed me. I knew I wanted to get him on the start and I got him going into turn four. I put my head down but he never went away; he was probably three to five car lengths the whole race so it made me really focus on hitting my marks and being consistent. It's a good win to have and we have to do it again tomorrow (Sunday). This has been fun, the weather's great, and there’s a great turnout from the fans. My guys did a great job on the car – it was way better than it was in qualifying so I'm excited to get back in it on Sunday."

Sunday’s GT Sprint Round 7 for the Pirelli World Challenge Grand Prix of Mid-Ohio presented by Honda Racing will begin at noon EDT. The CBS Sports Network coverage will be same-day telecast starting at 2 p.m. EDT.