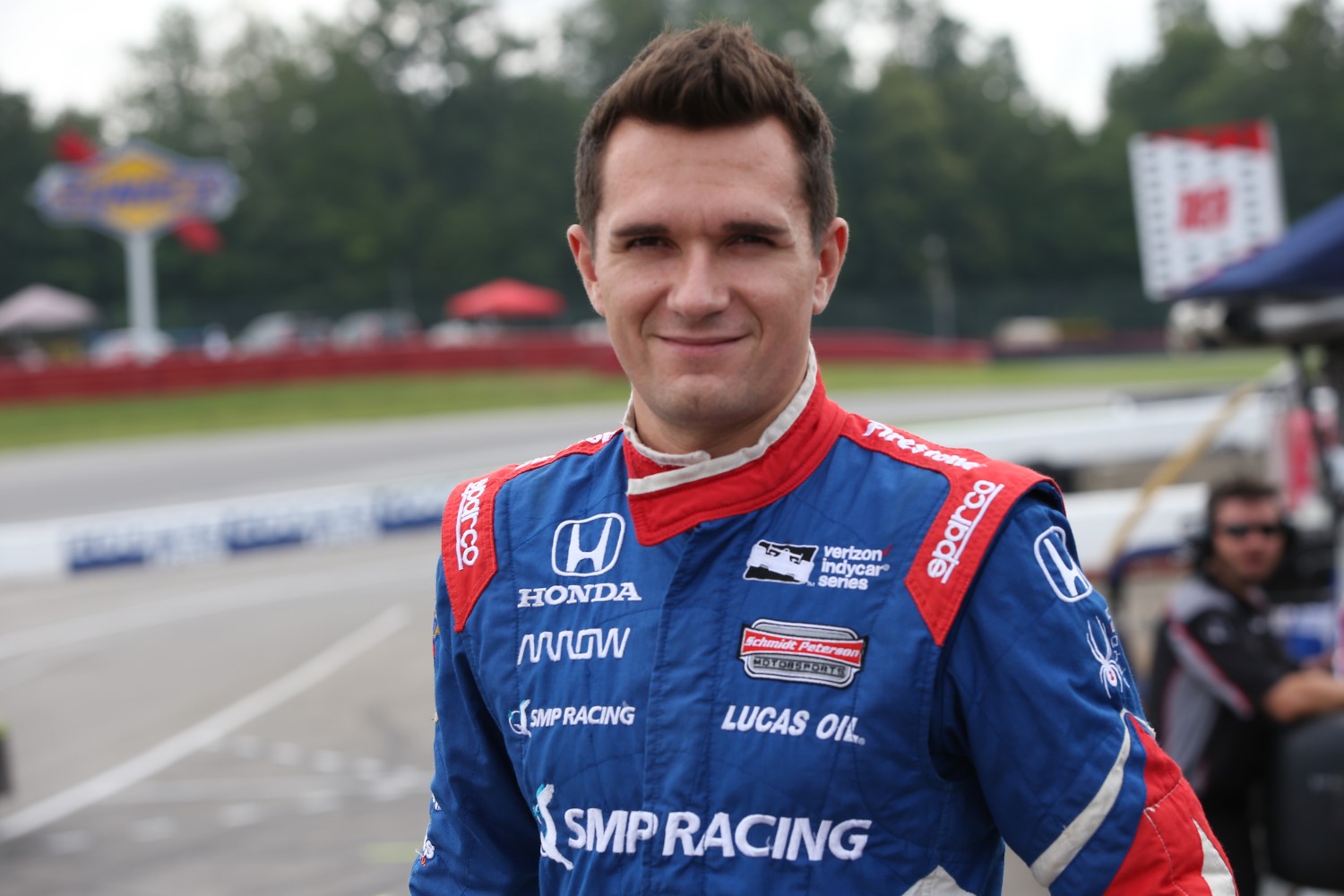 This is going to be a real quick update. But its a cool, breezy morning here at the Mid-Ohio Sports Car Course. The forecast is for sunshine and clear skies pretty much for the remainder of the weekend.

We dug a little more into the reason Mikhail Aleshin was put down for the recent Toronto race in favor of Sebastian Saavedra. For one, there was a business issue of some kind between Schmidt Peterson Motorsports and Aleshin's backers. Second, the team was plain tired of repairing Aleshin's damaged cars, and thought that a reset would do the Russian driver some good.

And just as I finish writing that paragraph, Aleshin spun the car in turn 12, sustaining significant damage to the rear wing. The Russian is out of the car and appears to be ok. Of course, SPM now has a lot of work ahead of them before qualifying at 2:05 p.m. ET to fix another damaged car by the Russian.

I spent about 20 minutes this morning with U.S. F2000 championship leader Oliver Askew. I was very impressed with the 20-year-old Florida native, who will try to win his 8th U.S. F2000 race of the season this afternoon. Look for a more in-depth article about my discussion with Askew soon.

I'm hearing that Max Chilton and Charlie Kimball both driving for Carlin next season in IndyCar is very much a possibility. I will try to look into it more this afternoon.

Add Chip Ganassi to a list that includes Dale Coyne and Mario Andretti of people who like the new car. My colleague Tim Wohlford has referred to this apparent unilateral approval of the 2018 car within the notoriously fractious IndyCar paddock as "a pigs fly moment." All kidding aside, the reviews we have heard regarding the new car this weekend have been overwhelmingly positive.