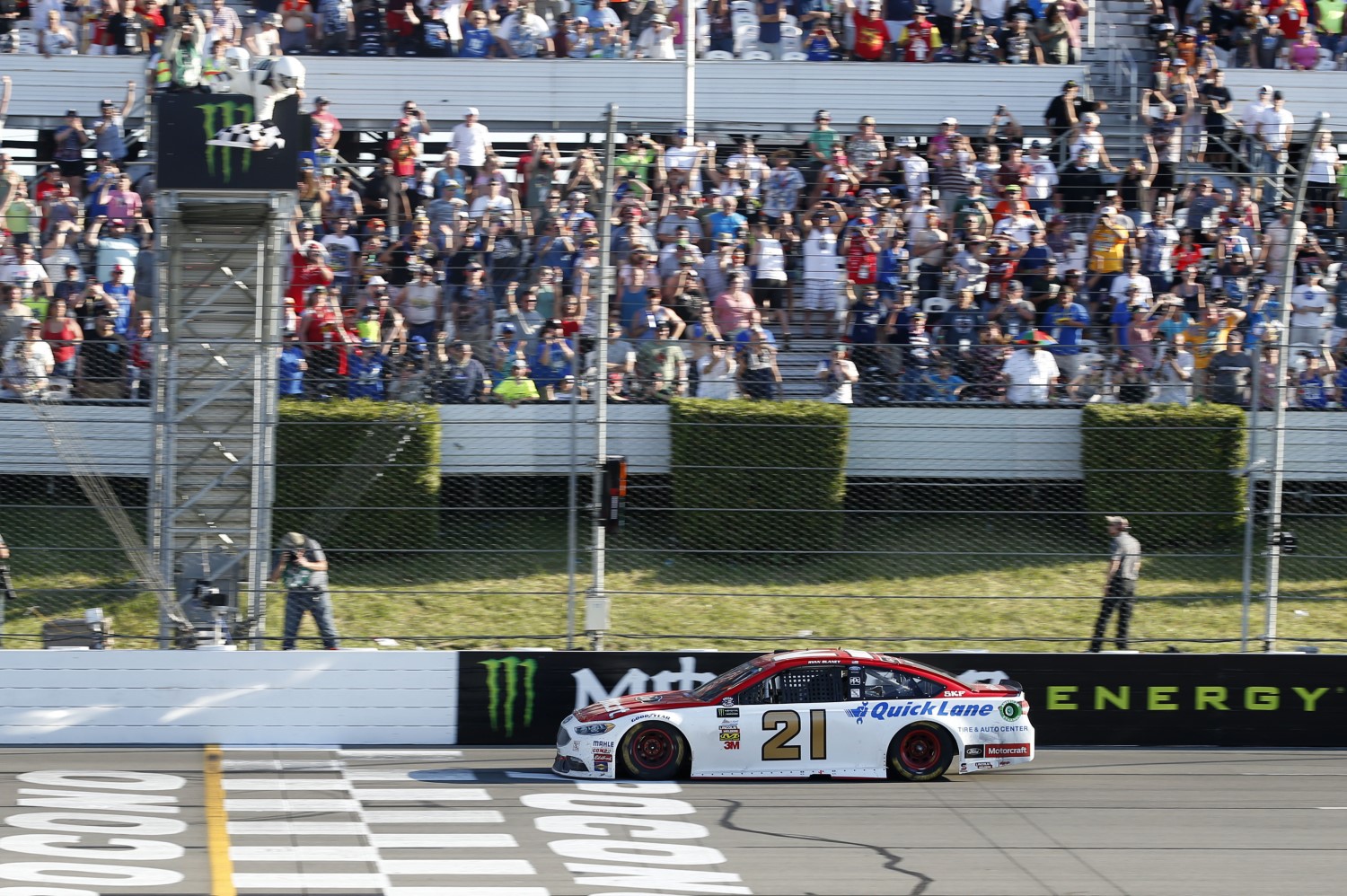 We’re headed back to Pocono. And yes, we were just there a few weeks ago.

This continues to be NASCAR’s strangest scheduling quirk. It makes no sense at all that there are still two races at Pocono to begin with, much less seven weeks apart. Do people just camp there and build their summer around the triangle?

NASCAR has some tough choices to make in the coming years. And the first will be the downsizing of the sport. Sponsorships are disappearing. Attendance is a joke. There are too many races to sustain the investment of the team owners, and so you’re seeing the ill-conceived “charter system" showing strains.

NASCAR is praying the star-power of Ryan Blaney, who won at Pocono a few weeks ago, and his fellow youngsters such as Chase Elliott, Erik Jones and Kyle Larson can carry the sport. So far, there are no signs of that happening.

There’s no reason why NASCAR can’t go to a 20-race schedule like Formula 1, reduce seating by about 30 percent at the empty tracks, cut costs, end the embarrassing dependence on sponsors and actually create demand for tickets.

It’s a draconian plan, and it would likely take a catastrophic event to force NASCAR’s hand. But last week’s race at Indianapolis was one of the worst days in recent NASCAR history, and no one is batting an eye. We’re just headed back to Pocono for no reason at all. Hard N' Fast