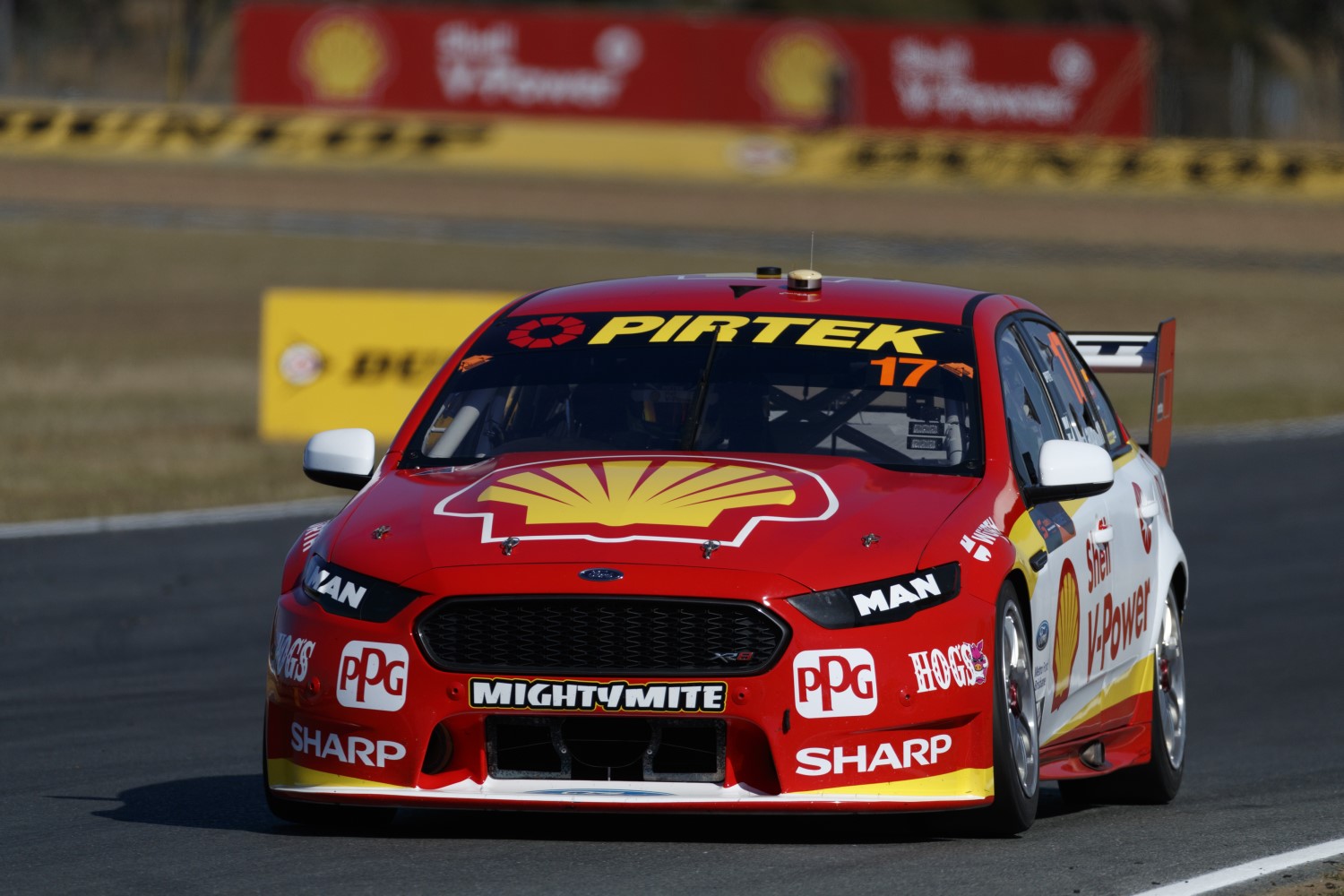 Shell V-Power Racing Team’s Scott McLaughlin has extended his lead at the top of the Virgin Australia Supercars Championship with his sixth race win of 2017 this afternoon at Queensland Raceway.

McLaughlin started from his tenth ARMOR ALL Pole Position of the year and despite dropping to second off the start, recovered to claim an easy win.

Craig Lowndes, a 12-time winner at Queensland Raceway started alongside McLaughlin on the front row and jumped to an early lead. He couldn’t maintain his early pace though and was overtaken by McLaughlin on the third lap.

"Its nice to have a car underneath you that you can qualify and race in and looks after its tires pretty well," McLaughlin said.

"It was awesome battling with Lowndesy, the second one was a little bit easier cause my tires were a lot better, the first one … I got a good run off two and he was very loose at the start of the run and I was able to get down the inside and sort of control from there."

McLaughlin now leads the championship by 111 points from Jamie Whincup who remains second despite finishing a disappointing 20th.

McLaughlin’s teammate Fabian Coulthard remains third overall. Coulthard fought his way through the field to finish sixth after starting back in 13th position on the grid.

Mostert said it was a good result after a disappointing Queensland Raceway result in 2016.

"Overall a pretty good day. The car is a little bit better this year than where we were here last year, tire degradation here last year for us was a bit of an issue," Mostert said.

Van Gisbergen knew he had a chance to grab third in the dying stages and was happy with his move to get past Slade.

"Got to the outside and went to the right and saw his head move about 53 times in the mirror and as soon as he looked up for the corner I just crossed him over when he didn’t see me. Pretty cool move," the defending champion said.

Whincup had a disappointing day. He finished 20th after starting from 14th position following a five spot penalty for an incident in qualifying.

For full results from this afternoon’s 120km race click here.