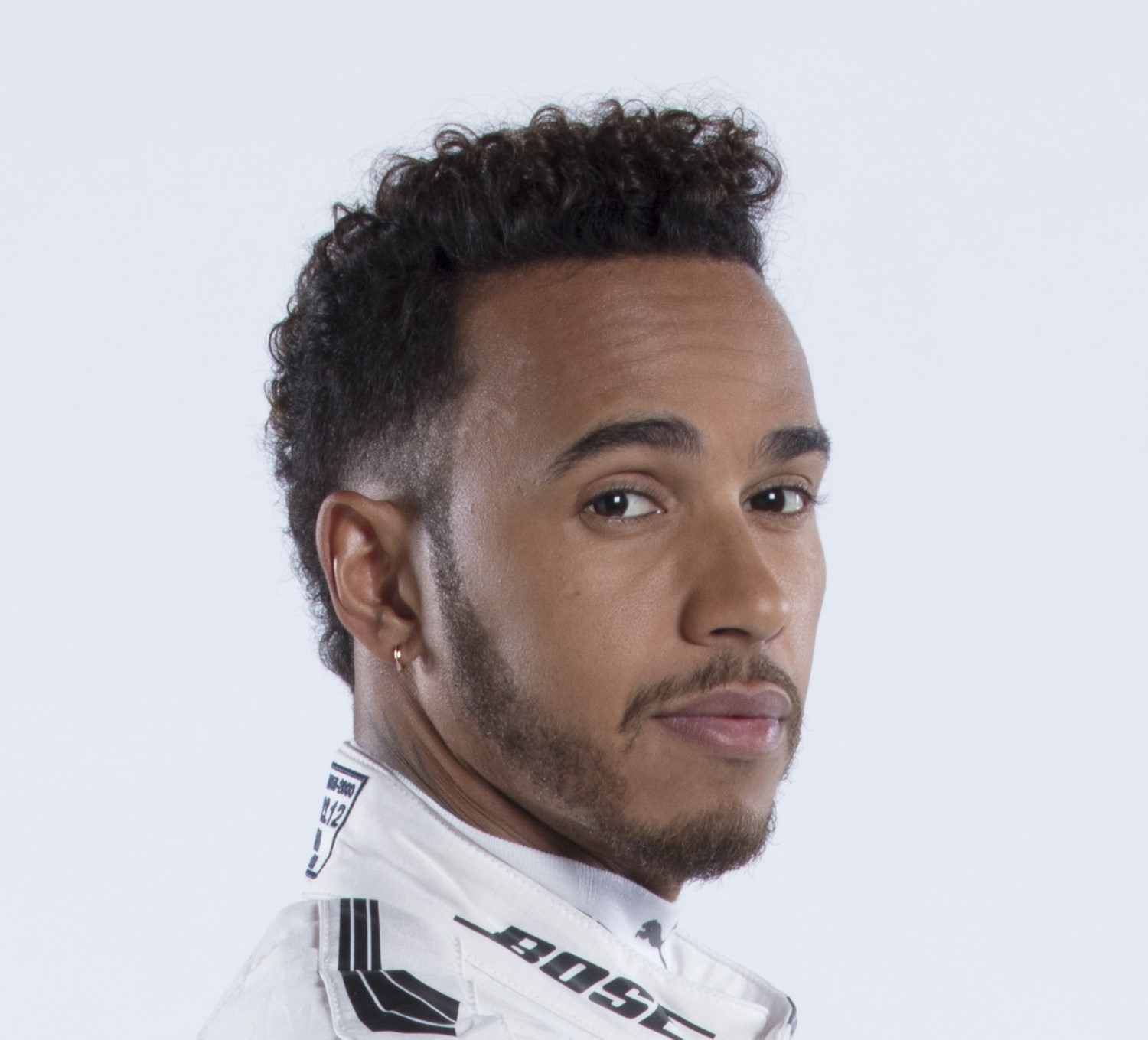 Hamilton says Ferrari move unlikely
(GMM) Lewis Hamilton says he is unlikely to move from the Mercedes team before retiring from F1.

His boss, Toto Wolff, indicated recently that he wants to extend the Briton's contract beyond 2018, amid rumors of a potential move to Ferrari for Hamilton.

But Hamilton, 32, said in Hungary: "If I was to jump ship from here, that would be when I stop.

"There is no other team, apart from Ferrari, that would be interesting but right now, I love being here and the people I work for and work with," he added.

(GMM) McLaren has its fingers crossed Honda will agree an engine deal for 2018 with the Red Bull junior team Toro Rosso.

That is the claim of Germany's Auto Motor und Sport, as the crisis at the hapless McLaren-Honda works collaboration continues in Hungary.

McLaren has been in talks with Mercedes and Ferrari about switching to a customer engine deal for 2018, but both manufacturers have reportedly said no.

"We just want a competitive engine next year," a McLaren source told the German publication. "If Honda can solve its problems, we'll be with Honda."

But for now, correspondent Michael Schmidt reports that McLaren is actually "hoping for a Toro Rosso-Honda deal".

That is because if Toro Rosso signs with Honda, the second Red Bull team's Renault deal would be freed up and available for McLaren to take over.

Sauber was set to become a Honda customer for 2018, but new team boss Frederic Vasseur cancelled it.

But if McLaren dumped Honda without Toro Rosso lining up with Japanese-made engines for 2018, F1 would lose a manufacturer.

Schmidt said: "The FIA will not agree to a (McLaren) engine change that drives Honda out of formula one."

Sauber not ruling out Ferrari-linked driver

(GMM) Sauber is not ready to think about its 2018 driver lineup.

That is the view of the Swiss team's brand new boss Frederic Vasseur, as he attends his first grand prix in Sauber colors in Hungary.

Vasseur's first act as boss was to axe the new Sauber-Honda deal, instead signing a new arrangement with Ferrari for fully up-to-date engines in 2018.

However, the Honda-linked driver Nobuharu Matsushita will still test for Sauber next week.

"We made this commitment to Honda a couple of months ago," said Vasseur, "so we will keep our promise to them and to Matsushita."

As for the race drivers, Vasseur is more coy.

Currently, Sauber's drivers are Marcus Ericsson – who is linked with the Sauber owner – and the Mercedes-backed Pascal Wehrlein.

But it is now rumored that upgrading Sauber's current year-old engine deal to fully 2018-spec units next year might be an ideal opportunity for Ferrari to get Antonio Giovinazzi or Charles Leclerc into a race seat.

"It's too early to discuss the drivers," Vasseur insisted.

"We only signed the (Ferrari) agreement on Thursday, and the drivers are not part of the contract.

"We will talk about the drivers in the next weeks," he added.

(GMM) Red Bull has hit back at claims its new front wing design is teetering on the brink of legality.

The former champions appear to be in the running to take on Mercedes and Ferrari for outright victory on the twisty Hungaroring.

The pace boost comes hot on the heels of claims a new flexing front wing design penned by Adrian Newey has caught the attention of rivals and the FIA, prompting a minor redesign.

"We took the brace (modification) out and put it back in again," top engineer Paul Monaghan said in Hungary.

"In our opinion the wing is entirely legal. We satisfy every FIA requirement."

Monaghan says any suggestion the wing is obviously flexing is just an "optical illusion".

"If you had more knowledge of the design of the wing and the shape I think you'd realize it's nothing more than a storm in a teacup," he insisted.

Eight years ago, the Brazilian was left fighting for his life after being hit by a spring during qualifying at the same circuit near Budapest.

But this time, now as a Williams driver, Massa simply felt unwell after Friday's action.

"He was taken to the circuit medical center and later transferred to hospital in the capital for checks," Brazil's Globo reported from Budapest.

The report said Massa felt dizzy and had a high temperature, "However it is not a serious situation and everything is fine with Felipe".

Globo said there is "no information" about Massa's further participation in the rest of the weekend in Hungary.

Hamilton sure 'pace is there' for Mercedes

Lewis Hamilton is confident that Mercedes will get stronger as the Hungarian Grand Prix weekend develops, after trailing Red Bull and Ferrari in practice.

Hamilton ended Friday's second session in fifth position, albeit as the only frontrunner not to improve on Super Soft tires, with team-mate Valtteri Bottas third.

Just under half a second covered the top six cars, with a gap of almost a second back to the midfield battle, led by Renault driver Nico Hulkenberg.

"We end the day in fifth but there's clearly good pace in the car," said Hamilton, who finished three-tenths away from Ricciardo, with his Soft-shod effort.

"It's super tight between Ferrari, Red Bull and ourselves at the top of the leaderboard, so it's looking like it will be an exciting weekend.

"There's some more work to do overnight to fine-tune the balance to get the car just where we want it and I believe the pace is in there, we just need to unlock it ahead of qualifying.

"Every tenth is going to be crucial with three teams in the mix."

Bottas expanded on the set-up changes he would like to make overnight, highlighting struggles with the rear of the car through Friday's pair of sessions.

"I was not quite happy with the balance of the car today and I was especially struggling with the rear-end," he commented.

"The temperatures are expected to rise tomorrow, which means that we really need to get the rear-end of the car more stable, [so] I think that will be the main area for us to focus on.

"It should be interesting tomorrow."

Sebastian Vettel says he expects a "very close" battle between Ferrari, Mercedes and Red Bull over the remainder of the Hungarian Grand Prix weekend.

Just under half a second covered the top six drivers on the opening day of practice at the Hungaroring, with Red Bull driver Daniel Ricciardo leading the way.

"It's always difficult [to know] what to expect, because Friday is always a different story. But it should be close [at the front], so it should be good fun."

Vettel feels that Ferrari "needs to make a step forward" overnight, if it is to be in the hunt, but was encouraged by the team's progress between FP1 and FP2.

After finishing a low-key sixth in FP1, over a second off the pace, and unhappy with his car's balance, he finished within two-tenths of Ricciardo in FP2.

"This morning I didn't really get into rhythm, but this afternoon was better," he explained.

"We tried to play around a little bit with the car, with the set-up, and we tried some things which I think gave us a direction, so we should know what to do for tomorrow."

Vettel also brushed aside the recent FIA clampdowns on burning oil as fuel, and stiffening of floors, viewing it as a compliment to Ferrari's progress over the winter.

"I think it's testimony to the great work that's been going that people start to look at your car from a different angle and try to ban your car rather than ignore your car," he commented.

"That's good news for us, something we can be proud of, and we shouldn't get distracted by it."

Vettel leads Mercedes' Lewis Hamilton, who was the only frontrunner not to improve on the Super Soft tire compound in FP2, by one point in the title race.

Nico Hulkenberg is set to drop five places on the grid from wherever he qualifies for the Hungarian Grand Prix due to an unscheduled gearbox change.

An FIA document issued on Friday evening confirmed that Renault has fitted a new gearbox to Hulkenberg's car, before the mandatory six events had passed.

As a result, Hulkenberg will be demoted five positions on the grid at the Hungaroring, with stewards set to officially confirm the sanction when they reconvene on Saturday.

Hulkenberg finished in sixth position at the preceding event in Britain and set the seventh best time during the second session in Hungary, as the lead midfield runner.