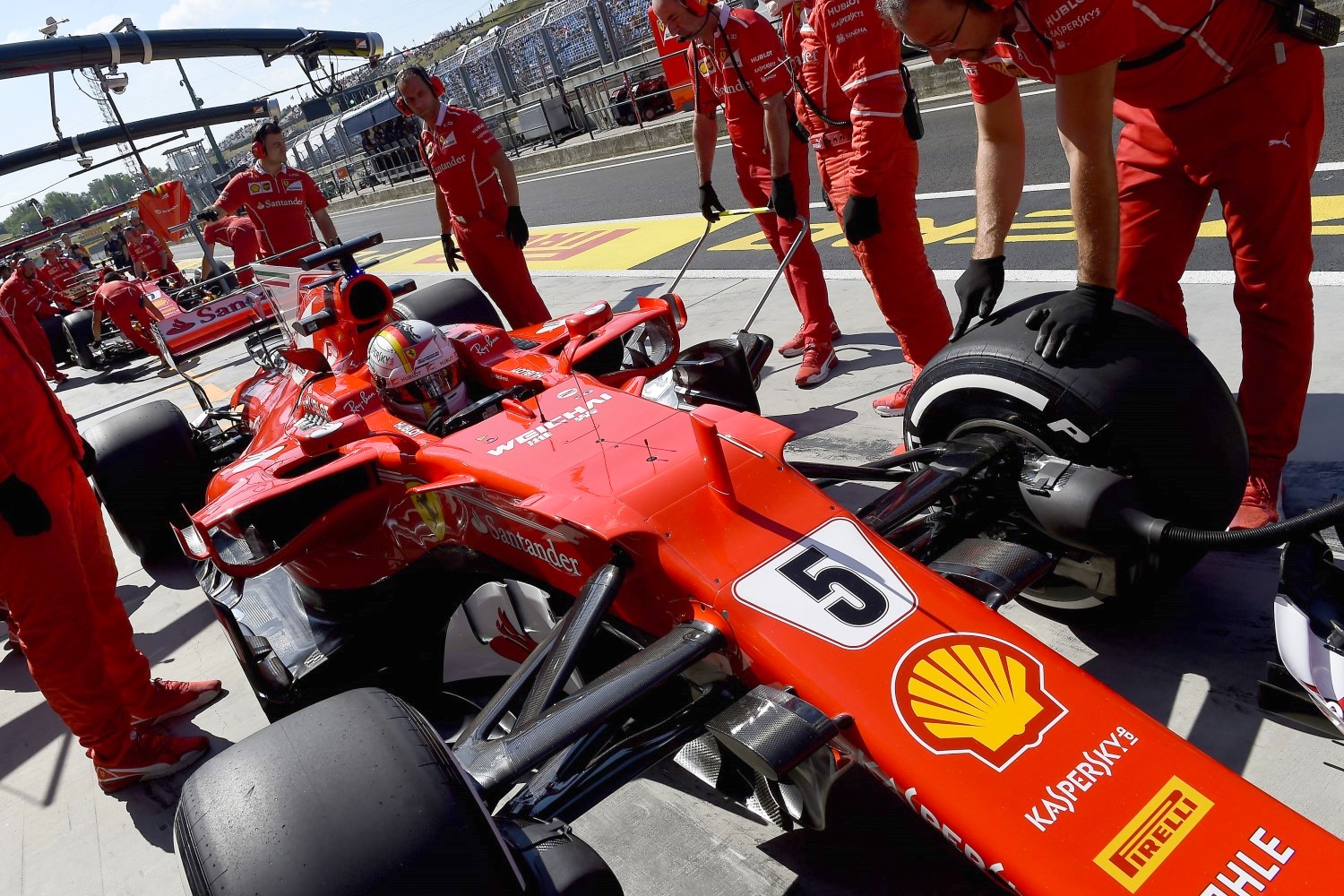 Points leader Sebastian Vettel buried everyone in final practice for Sunday's Hungarian GP in Budapest with a track record lap of 1m17.017s in his #5 Ferrari.

Vettel was a full 1/2 second faster than Ferrari teammate Kimi Raikkonen and 9/10ths up on Mercedes driver Valtteri Bottas.

4th was Max Verstappen in the Red Bull 1.1 sec. slower than Vettel while the 2nd Mercedes of Lewis Hamilton rounded out the top-5 1.4-secs behind.

From the start of the session Ferrari hit the front, by some margin and in some style – with Vettel's benchmark the fastest time we've ever seen at the Hungaroring.

Running the same supersoft tires as Vettel, Red Bull’s Max Verstappen and the other Mercedes of Lewis Hamilton were over a second adrift of the German in fourth and fifth, while Friday pacesetter Daniel Ricciardo could only manage eighth after stopping with an apparent electronics issue after just seven laps.

McLaren’s Stoffel Vandoorne and Renault’s Nico Hulkenberg continued to impress as they respectively finished sixth and seventh, with their teammate’s Fernando Alonso and Jolyon Palmer completing the top ten.

In contrast to Friday’s sessions, there were relatively few off-track moments, with Haas’s Romain Grosjean the only spinner.

Williams’ Felipe Massa meanwhile, still feeling unwell after suffering symptoms in FP2 on Friday, climbed out of his car after just 12 laps, throwing his further participation this weekend into doubt.

The team have reserve driver Paul di Resta on standby should he be needed.