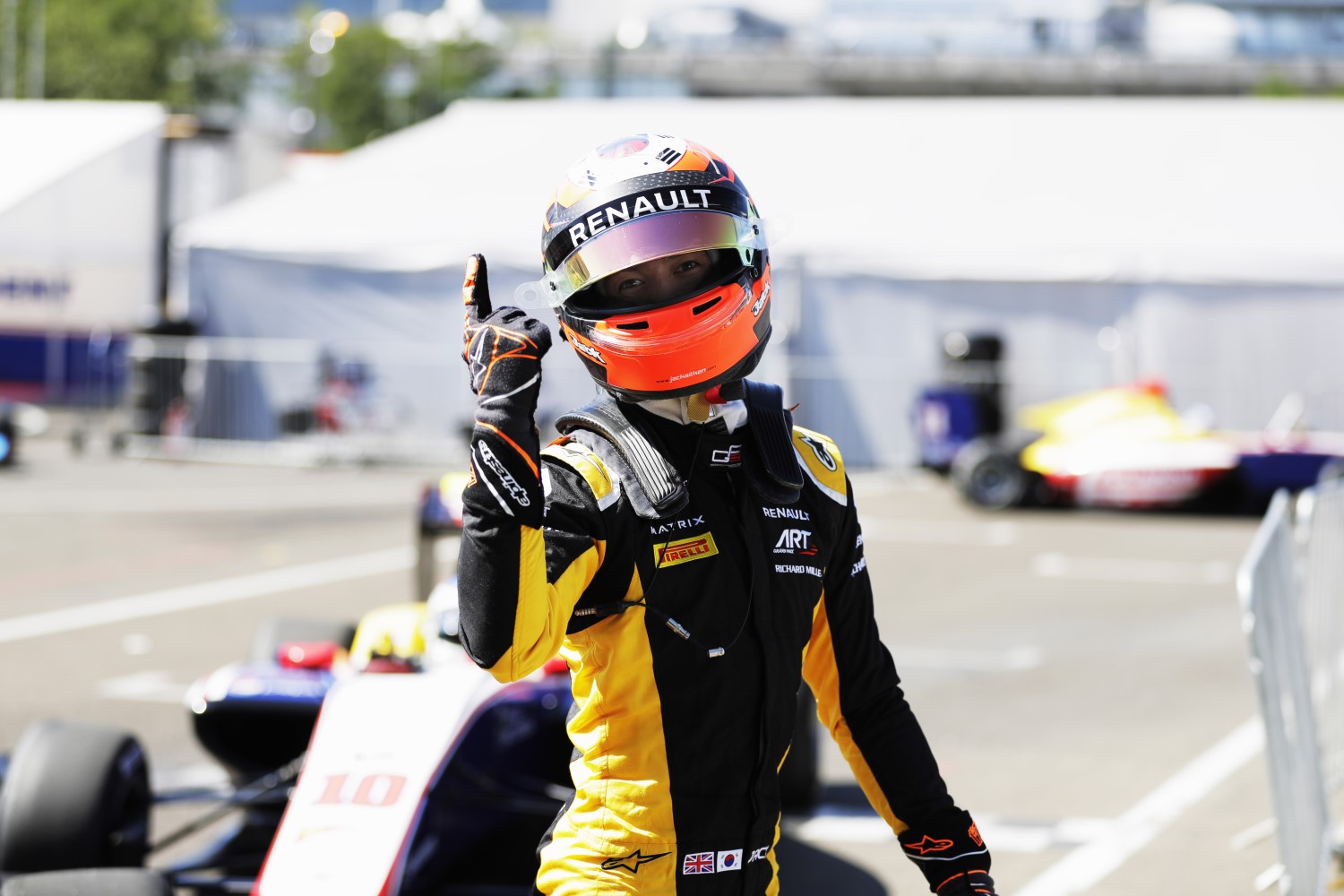 Jack Aitken has taken his second pole position of the season with a fine lap late in this morning’s GP3 Series qualifying session at the Hungaroring, grabbing the top spot just before a red flag brought proceedings to a halt two minutes early ahead of ART teammates George Russell and Nirei Fukuzumi.

The Renault development driver stopped the clocks at 1:31.754, claiming pole by almost two tenths from his disappointed rivals, who will be ruing their luck at not getting their quickest laps in before the session was brought to a halt alongside Arjun Maini’s stopped car on the front straight.

All of the field were straight out on track when the green lights came on, and the warm and sunny conditions meant that the times were soon tumbling: Aitken set the first competitive time but was soon sharing the top spot with his teammates as Fukuzumi, Anthoine Hubert and Russell swapped it between them.

With all of the teams running at the recent test here most of the grid were able to put together a competitive lap, with Raoul Hyman setting quickest sectors but not quite able to string them together, and Dorian Boccolacci also pushing them hard all session long.

5 minutes from the end Aitken drove a great lap to take provisional pole, but more was expected from his rivals: unfortunately for them Arjun Maini was struck by mechanical gremlins and pulled over at turn 1, bringing out the yellow flags before re-starting again, only to grind to a halt just out of the final corner, bringing out the red flags with 2 minutes remaining.

The decision was made to close the session early, to the disappointment of everyone outside of the top 3: Boccolacci, Hubert, Giuliano Alesi, Nico Kari, Kevin Joerg, Alessio Lorandi and Tatiana Calderon will all have expected more, and will be looking to demonstrate their pace in this afternoon’s race 1.